A. Sutherland  – AncientPages.com – The Ledberg Stone (Ledbergsstenen) is considered one of Sweden’s most beautiful Runestones. This landmark is also one of the country’s more familiar runestones due to its beautiful and imaginative adornment. Some parts of its motif are taken from the famous religious myth of Ragnarök,  the final battle in Norse mythology, in which several gods meet their death. 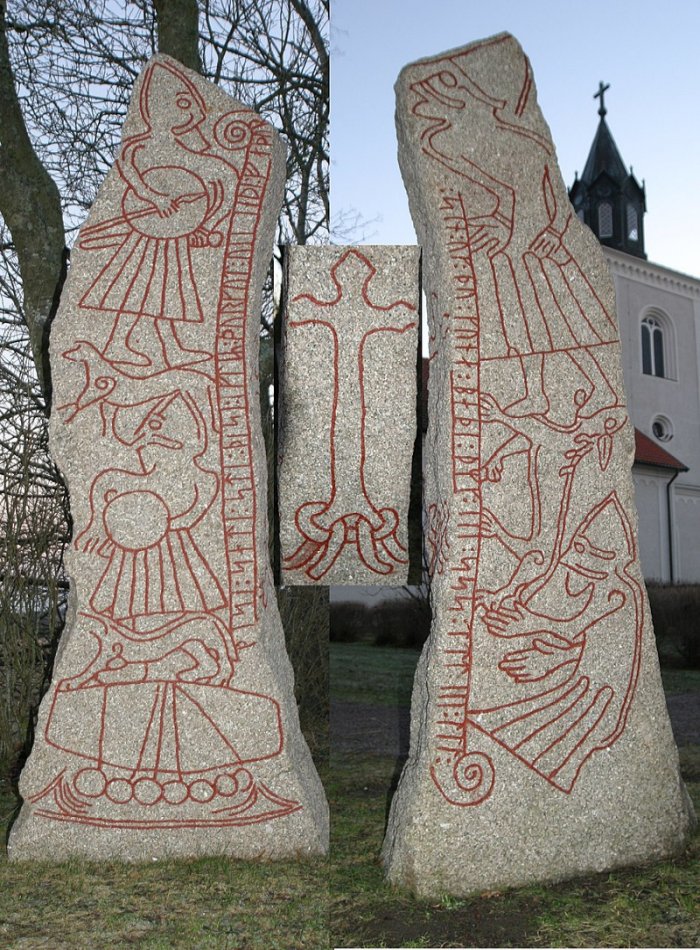 The Ledberg Stone (Ledbergsstenen) is considered one of Sweden’s most beautiful Runestones. Image credit:   Olof Ekström 2004-12-31. Transferred by Maksim (to commons) – CC BY-SA 3.0

Among other depictions on the stone, there is Fenrir (the Wolf) – the oldest of three terrible children of Loki, according to the literary works Poetic Edda (the Icelandic medieval manuscript known as the Codex Regius) and Snorri Sturluson’s Prose Edda, and Heimskringla.