The treasure consists of hundreds of coins, silver and gold rings, rare gems, figurines, bells, and remains of the shipwrecks. 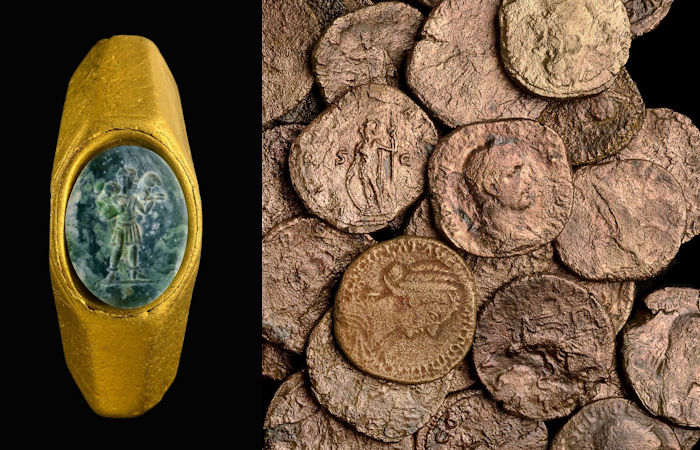 The finds reveal the story of two ships that sank in different time periods with all hands aboard, apparently while attempting to maneuver the vessels into port.

A number of fascinating artifacts from the wrecks of two ships that foundered off the coast of Caesarea in the Roman and Mamluk periods (some 1700 and 600 years ago) have been discovered in recent months near Caesarea, during an underwater survey conducted by the Marine Archaeology Unit of the Israel Antiquities Authority.

As Ancient Pages previously reported, a few months back Israel Antiquities Authority’s underwater archaeologists investigated the ancient remains of a submerged lighthouse. The lighthouse can be seen today near the Acre marina, jutting out above the water on a small island. In addition to this, scientists and volunteers uncovered additional maritime artifacts at the port of Caesarea, including a huge well-preserved anchor from a Roman ship dated to the fourth century CE.

In addition, near the ship, the volunteers uncovered additional treasures weighing about one and a half tons! The ship’s cargo included chunks of raw glass, stunning bronze artifacts, and coins. 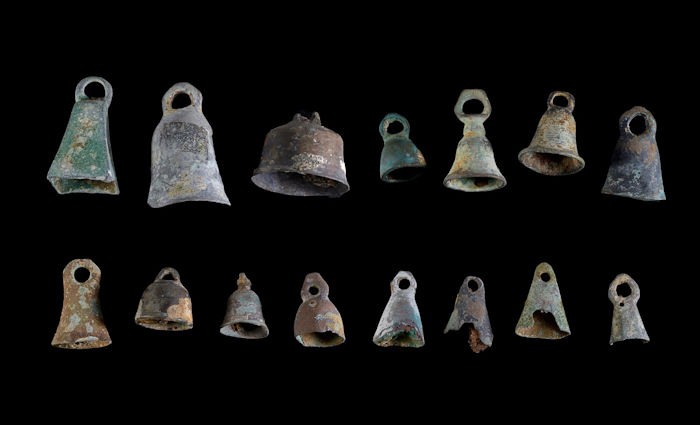 According to the Israel Antiquities Authority, the recent archaeological discovery is equally existing.  The ships’ cargoes and the remains of their wrecked hulls were found scattered in shallow water at a depth of about 4 m, scattered on the sea floor.

Marine Archaeology Unit informs that “the ships were probably anchored nearby and were wrecked by a storm. They may have been anchored offshore after getting into difficulty, or fearing stormy weather because sailors know well that mooring in shallow, open water outside of a port is dangerous and prone to disaster.” 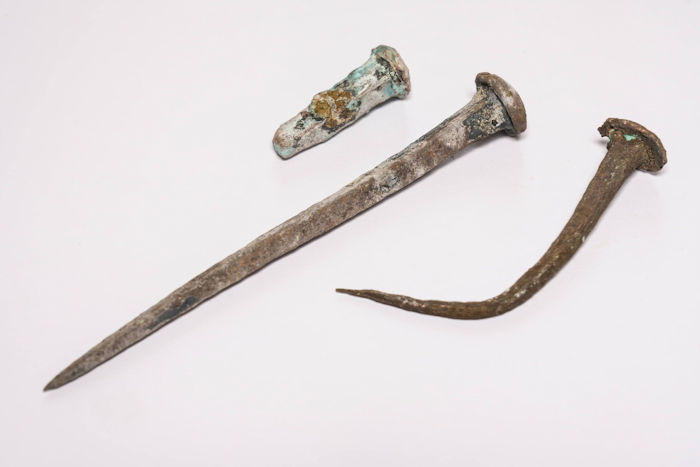 Some of the artifacts recovered from the submerged ancient ships. Credit: Israel Antiquities Authority

– Hundreds of silver and bronze Roman coins from the mid-third century CE and a large hoard of silver coins from the Mamluk period (fourteenth century; about 560 coins, including a large amount of smaller ribbon cut like pieces).
– A bronze figurine in the form of an eagle – symbolizing Roman rule.

– A figurine of a Roman pantomimus in a comic mask.

Multiple metal items from the hull of a wooden ship including: dozens of large bronze nails, lead pipes from a bilge pump, and a large iron anchor broken in pieces-attesting to the force it withstood until it finally snapped, probably in a storm. 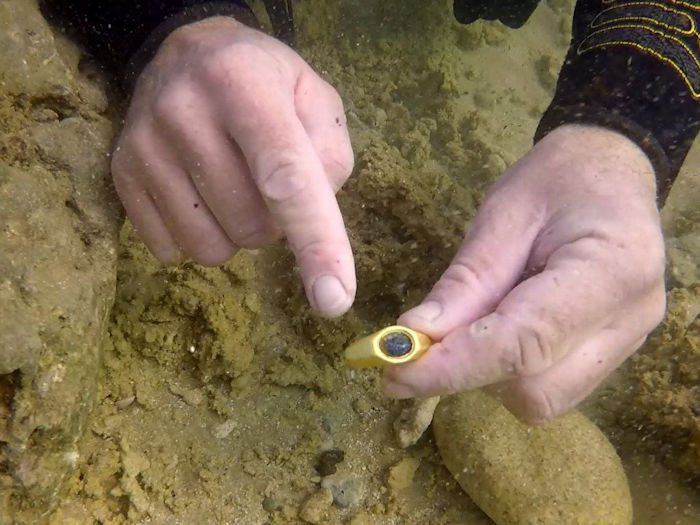 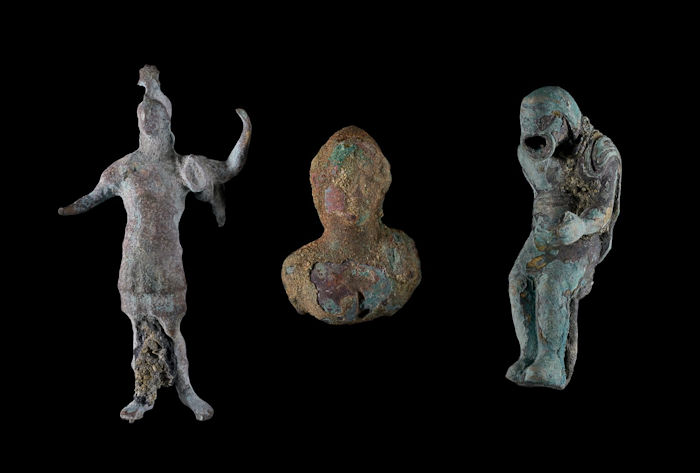 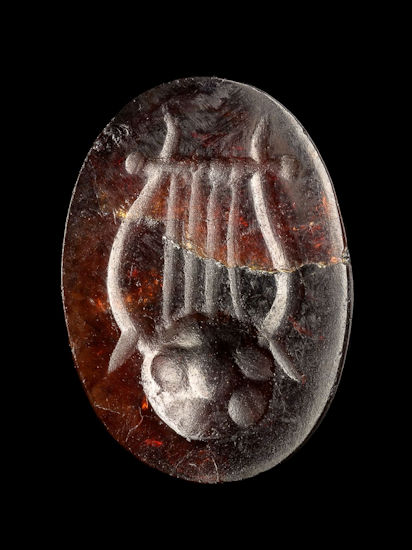 The underwater remains include rare personal effects of the shipwrecked victims. Among these were a beautiful red gemstone for setting in a ‘gemma’ ring; the carving of the gemstone shows a lyre. In Jewish tradition, it is called Kinor David (‘David’s harp’).

Another exquisite and rare find is a thick, octagonal gold ring set with a green gemstone carved with the figure of a young shepherd boy dressed in a tunic and bearing a ram or a sheep on his shoulders. The image of the ‘Good Shepherd’, is one of the earliest and oldest images used in Christianity for symbolizing Jesus; it represents Jesus as humanity’s compassionate shepherd, extending his benevolence to his flock of believers and all mankind.

This unique gold ring bearing the ‘Good Shepherd’ figure gives us, possibly, an indication that its owner was an early Christian.The ring was discovered near the port of Caesarea, a site of great significance in the Christian tradition. Caesarea was one of the earliest centers of Christianity and housed one of the first Christian communities.