MessageToEagle.com – Has the Kepler Space Telescope spotted structures built by an alien civilization between two constellations Cygnus and Lyra located in the Northern hemisphere?

Or is it only the break-up of a exocomet orbiting a distant star?

The structures (a strange mess of objects) are located around – an unusual, invisible to the naked eye – star KIC 8462852, located 1480 light-years away.

Looking for stars that dipped in brightness, NASA’s exoplanet-hunting Kepler Space Telescope observed this particular star for more than four years, beginning in 2009.

The dips happen when an orbiting planet crosses in front of the star and measuring their size and timing provides astronomers with data about the planet. Most Kepler data is processed automatically by algorithms looking for repeating patterns, but this time, data regarding KIC 8462852 seemed unusual.

At irregular intervals, the star KIC 8462852 darkens by as much as 80 percent, and it stays dark for anywhere between 5 and 80 days.

The light pattern suggests there is a big mess of matter circling the star, in tight formation. That would be expected if the star were young.

But this star is not young, so what is circling this star? What could cause these bizarre light fluctuations?

“We’d never seen anything like this star,” says Tabetha Boyajian, a postdoc at Yale University, who oversees Planet Hunters.

“It was really weird. We thought it might be bad data or movement on the spacecraft, but everything checked out.”

In a paper published recently, researchers have ruled out the possibility of faulty data or telescope malfunction. 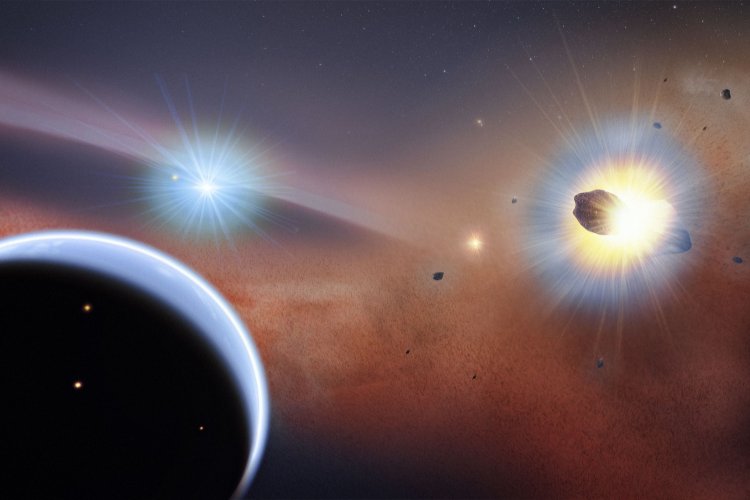 Definitely, ‘something’ appears to be blocking out the light, but it’s not a planet and there are still a few possible explanations.

SETI researchers have long suggested that we might be able to detect distant extraterrestrial civilizations, by looking for enormous technological artifacts orbiting other stars.

“Aliens should always be the very last hypothesis you consider,” Penn State astronomer Jason Wright told The Atlantic, “but this looked like something you would expect an alien civilization to build.”

The unusual star’s light pattern is consistent with a “swarm of megastructures,” perhaps stellar-light collectors, technology designed to catch energy from the star, could be one of the scenarios, according to Wright.

Wright and many other astronomers, have postulated that we could detect advanced civilizations through their technology. The idea is that as alien civilizations become highly advanced; they’ll need more and more energy to fuel their high-tech lifestyles.

Perhaps the aliens would position solar collectors directly around a star, filling the star’s orbit until some or all of its light is blocked. These hypothetical alien megastructures are called Dyson spheres.

Astronomers will investigate further the phenomenon trying to solve the mystery.

Boyajian is now working with Wright and Andrew Siemion, the Director of the SETI Research Center at the University of California, Berkeley. They plan to point a massive radio dish at the unusual star, to see if it emits radio waves at frequencies associated with technological activity.

If they see a sizable amount of radio waves, they’ll follow up with the Very Large Array (VLA) in New Mexico, which may be able to say whether the radio waves were emitted by a technological source.

On This Day In History: The Only English Pope In History Of Catholic Church Elected – On Dec 4, 1154