Jan Bartek – AncientPages.com – The Mycenaean culture in Bronze Age Greece is not only famous for works of art such as the “Gold Mask of Agamemnon”, but also for the beginning of export-oriented mass production of elaborately made ceramic vessels and bronzes, such as swords and vessels.

An international team led by LMU archaeologist Philipp Stockhammer has now been able to show that this mass production was probably possible more than 3,000 years ago mainly because people were already systematically using lignite for their kilns and smelting furnaces at that time. 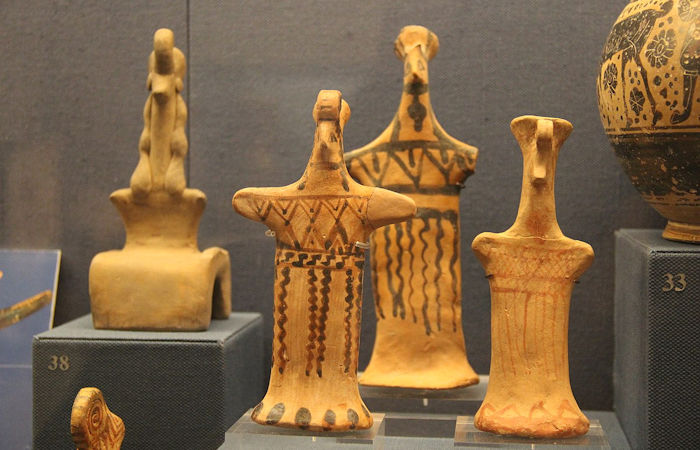 The archaeologists and chemists found evidence of this in the dental calculus of Bronze Age people from Greece. The people from the workshops apparently repeatedly inhaled the exhaust fumes from burning lignite during their lifetimes. “This finding was a real surprise,” says Philipp Stockhammer, who led the research.

Actually, the archaeologist and his team wanted to better understand what people in the Bronze Age Eastern Mediterranean ate. To do this, they examined the tartar of people who lived in the region in the 2nd millennium BC, from mainland Greece to Crete and the eastern Mediterranean.

“We found that not only micro remains, fats and proteins from the respective foods were embedded in the tartar and preserved over the millennia, but also all the soot and exhaust fumes that came into the mouth through inhalation,” explains Stockhammer, who, in addition to his LMU professorship, also works at the Max Planck Institute for Evolutionary Anthropology in Leipzig. “So, we can still say thousands of years later that lignite was burned in the fireplaces and ovens in front of which people sat in the workshops.”

The researchers had expected chemical signatures in the dental calculus from the smoke of pine and oak, trees that still grow there today. Some people also inhaled smoke that is produced when dried animal dung is burned – a fuel that is still common in wood-poor and hot, dry regions. But the lignite signal was completely surprising.

“When we analysed the data series from the Mycenaean citadel of Tiryns on the southern Greek mainland and the western Cretan port of Chania, we could hardly believe it at first,” says Stephen Buckley from the University of Tübingen, who carried out the chemical analyses.

“Half of all the individuals we examined from both sites – both males and females – clearly had the chemical signature of lignite in their tartar, in addition to the expected woods.” This is clearly different from charcoal. 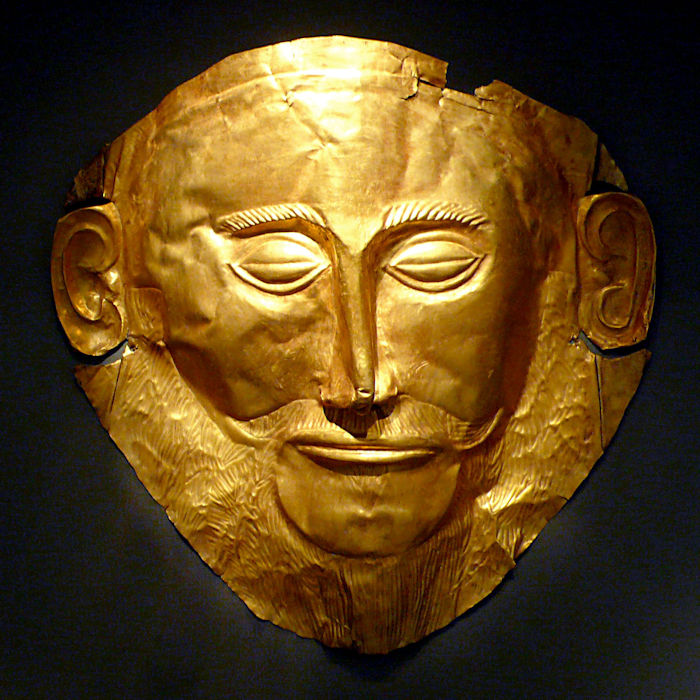 Mask of Agamemnon. Found in Tomb V in Mycenae by Heinrich Schliemann in 1876. Credit: Xuan Che – CC BY 2.0

Moreover, the signatures are so specific that the researchers can even link them to lignite deposits known today. In southern Greece, a deposit near Olympia, a good 150 kilometres west of Tiryns, was apparently exploited in the Bronze Age. In Crete, a deposit located directly near Chania was exploited. “This means we can prove the exploitation of lignite as early as the 14th and 13th centuries BC, a good 1000 years earlier than previously thought,” says Buckley.

The archaeologists are convinced that it was this astonishingly early use of lignite that enabled the Mycenaean Greeks to produce high-quality ceramic vessels and bronzes in almost unbelievable numbers.

“The finds of Mycenaean pottery from Spain to Syria show that tens of thousands of vessels were produced annually in the southern Greek workshops, primarily for export,” says Stockhammer. The early, almost industrial mass production was ultimately only possible in a densely populated and largely deforested region because the fossil fuel lignite was systematically used.

“Until now, there had been nothing to indicate that lignite was already being used in the Bronze Age,” says Stockhammer. “We now have to rethink resource management in Mycenaean Greece.”