Ellen Lloyd – MessageToEagle.com – The Gran Coclé culture emerged in what is now the Panamanian province of Coclé, near the Santa Marta River. There is extraordinary archaeological evidence the Coclé were sophisticated Pre-Columbian people and excavations have revealed some of this ancient culture’s secrets.

The influence of Coclé ceramics extended throughout most of the Panamanian isthmus and took the form of spiral decorations and the colors typical of this tradition.

For more than a thousand years, a cemetery on the banks of the Rio Grande Coclé in Panama lay undisturbed, escaping the attention of gold seekers and looters.

Their gold artifacts reached as far as Chichen Itza and other parts of Central and South America.

Between 1515 and 1520, the Spanish fought with the chieftains of Panama over gold, destroying the social and political foundation of Coclé culture.

The Coclé culture made alloys of copper and gold (tumbaga), sometimes adding a small amount of silver. They sometimes gilded the metal objects they made to increase its golden luster. 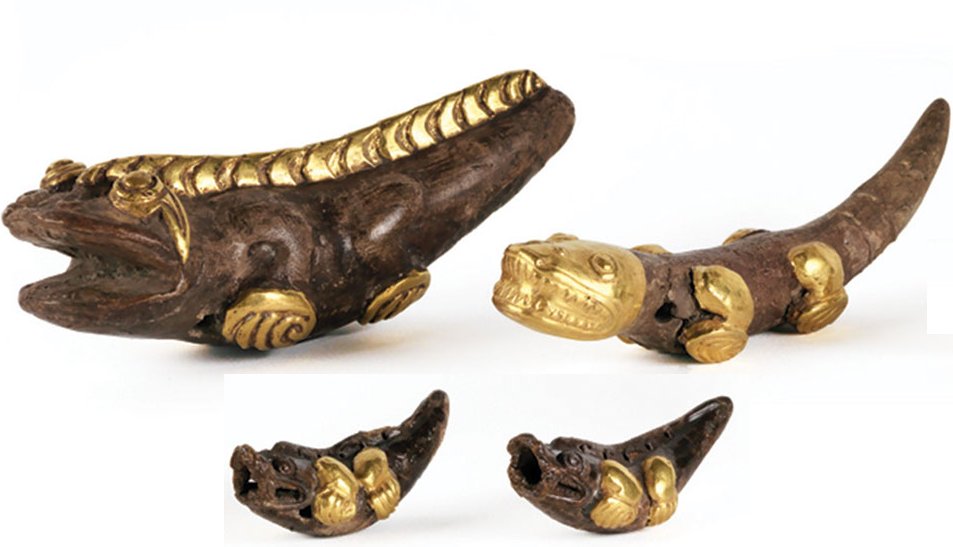 This Pre-Columbian culture did not have access to any advanced tools, and they worked metals by hammering without heat, mainly making chest covers and helmets bearing a variety of decorations.  They also practiced metal casting using the lost wax technique in order to make three-dimensional figures, and covered artifacts made of wood or bone with gold, silver or copper leaf. Bone – mainly of deer or peccary was used to make figurines and flutes, and the decorations on these pieces depict other technologies they knew of, such as the atlatl or spear-thrower for hunting.

Mysterious Killke Culture Of Peru: Did They Construct Sacsayhuamán?

Astonished when they excavated one massive burial – named Burial 11 that was believed to belong to a Paramount Chief. Inside the huge burial were extraordinary materials together with 23 individuals in three distinct layers, accompanied by a vast array of grave objects.

“This ruler and his ancestors had subdued a majority of the natives in the vicinity. Graves of another type were of greater size and age. They contained to bodies, male and female, buried in an extended position, characteristically face downward, head to the northeast and arms flexed. Jewelry of stone, bone copper or gold had been placed with the dead, as well as 30 or 40 pottery vessels, tools, weapons, and fabrics.

This object was found among many other golden pendants, arm cuffs, and plaques, exquisitely crafted and worthy of a great warrior.

All evidence now available indicates that Coclé culture was of late date, that is to say, it flourished in the centuries just before the arrival of the Spaniards. “ 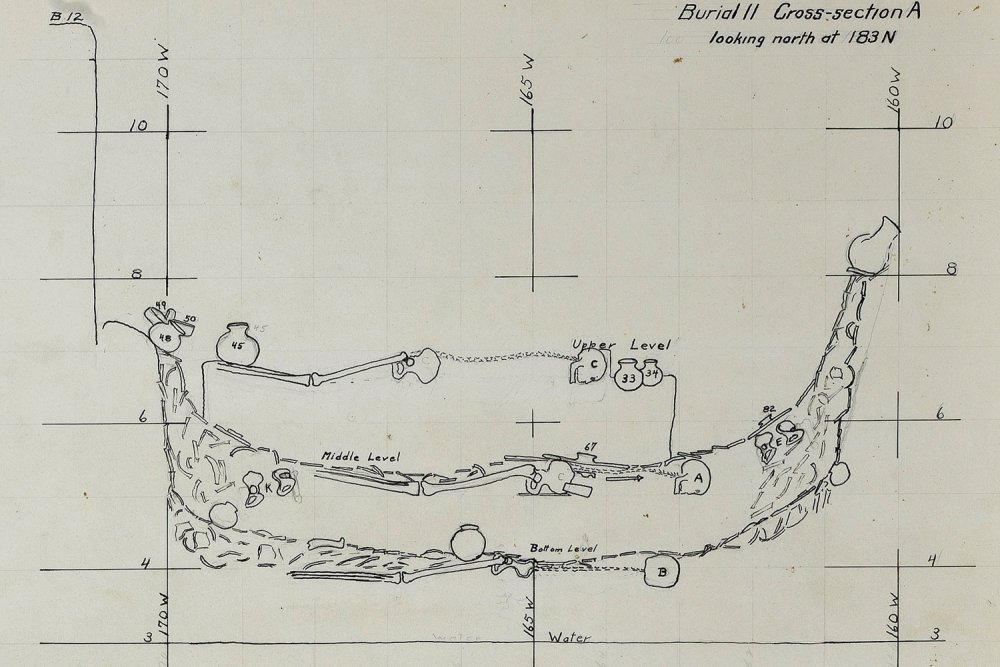 View the burial as never seen before: through a to-scale installation highlighting a vast array of grave goods as they were found.

The Coclé culture was artistic and produced beautiful designs that are “noteworthy for their balance and vigorous curved lines. Like most New World art, the patterns are largely derived from life forms, conventionalized at times recognition.

It is generally agreed that most aboriginal processes and alloys used in metalworking were invented in Peru and Bolivia and then spread north and south. Coclé metal objects are linked to Peru both in technique and design but are more closely connected with the Quimbaya and Sinú regions in Colombia whence many articles came in trade. While it is possible to point out connections between Coclé and other cultures, the quality of Coclé art must be regarded as purely local development, ranking among the foremost in indigenous America. 1 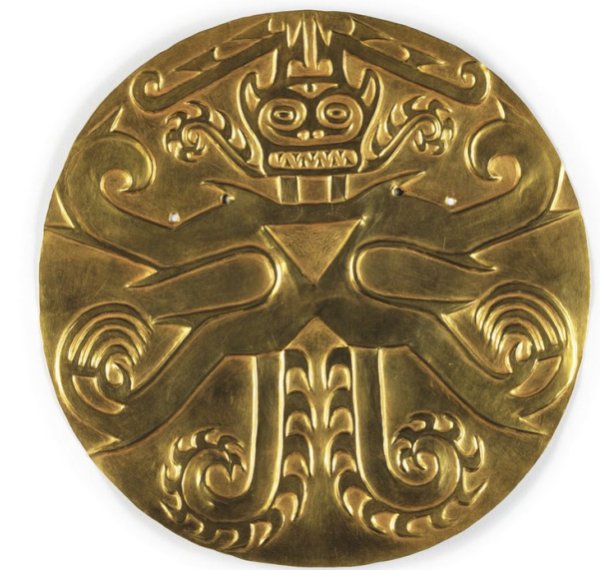 The Coclé culture still remains mysterious, but archaeologists, physical anthropologists, art historians, and other specialists are drawing on the materials they have excavated to tell more about this culture’s ancient history, traditions and customs.

The rich iconography, sophisticated gold working technologies, and craftsmanship, exacting placement of bodies and materials in the burials: all offer clues about the world view, artistic style, and social hierarchy of the Coclé.

The art and artifacts uncovered from Burial 11 and throughout the Sitio Conte cemetery were rich in cultural meaning and utilitarian value, and provide us with valuable information about Pre-Columbian civilizations.