Conny Waters – MessageToEagle.com – A cache of fossilized shark teeth unearthed in a 2900-year-old site in the City of David in Jerusalem is an ancient puzzle to researchers. This find should not be found in this area.

This is at least 80 km from where these fossils would be expected to be found. There is no conclusive proof of why the cache was assembled, but it may be that the 80 million-year-old teeth were part of a collection, dating from just after the death of King Solomon. 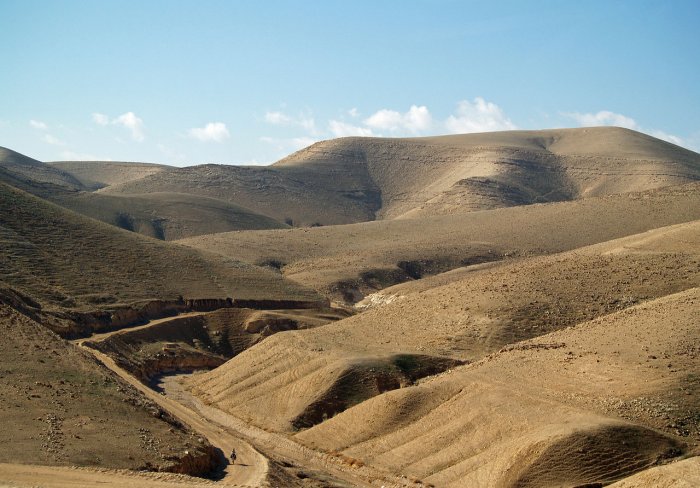 The same team has now unearthed similar unexplained finds in other parts of ancient Judea.

“These fossils are not in their original setting, so they have been moved. They were probably valuable to someone; we just don’t know why, or why similar items have been found in more than one place in Israel,” Dr. Thomas Tuetken from the University of Mainz, Institute of Geosciences said.

The teeth were found buried in the material used to fill in a basement before conversion to a large Iron-Age house. The house itself was situated in the City of David, one of the oldest parts of Jerusalem, found nowadays in the largely Palestinian village of Silwan. They were found together with fish bones thrown away as food waste 2900 years ago, and other infill material such as pottery.

Intriguingly, they were found together with hundreds of bullae—items used to seal confidential letters and packages—implying a possible connection with the administrative or governing class at some point. Normally archaeological material is dated according to the circumstances where it is found, and so at first, it was assumed that the teeth were contemporary with the rest of the finds. 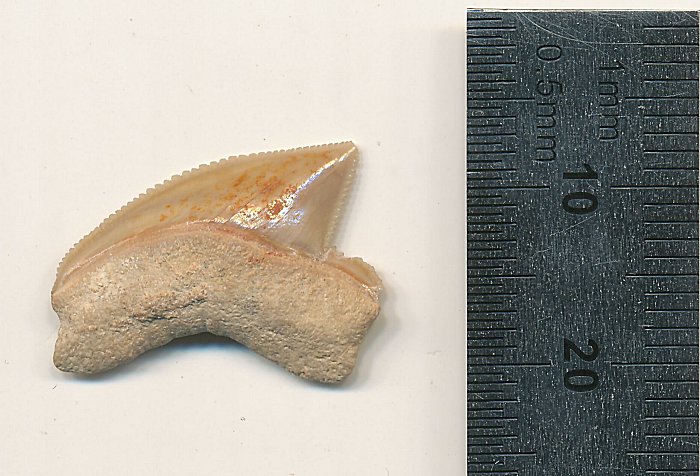 “We had at first assumed that the shark teeth were remains of the food dumped nearly 3000 years ago, but when we submitted a paper for publication, one of the reviewers pointed out that one of the teeth could only have come from a Late Cretaceous shark that had been extinct for at least 66 million years. That sent us back to the samples, where measuring organic matter, elemental composition, and the crystallinity of the teeth confirmed that indeed all shark teeth were fossils,” Dr. Tuetken said.

Their strontium isotope composition indicates an age of about 80 million years.

This confirmed that all 29 shark teeth found in the City of David were Late Cretaceous fossils—contemporary with dinosaurs. More than that, they were not simply weathered out of the bedrock beneath the site, but were probably transported from afar, possibly from the Negev, at least 80 km away, where similar fossils are found”.

Since the first finds, the team has found other shark teeth fossils elsewhere in Israel, at the Maresha and Miqne sites. These teeth are also likely to have been unearthed and moved from their original sites.

“Our working hypothesis is that the teeth were brought together by collectors, but we don’t have anything to confirm that. There are no wear marks which might show that they were used as tools, and no drill holes to indicate that they may have been jewelry.,” Dr. Tuetken said.

“We know that there is a market for shark’s teeth even today, so it may be that there was an Iron Age trend for collecting such items. This was a period of riches in the Judean Court. However, it’s too easy to put 2 and 2 together to make 5. We’ll probably never really be sure”.

The shark teeth which have been identified come from several species, including from the extinct Late Cretaceous group Squalicorax. Squalicorax, which grew to between 2 and 5 meters long, lived only during the Late Cretaceous period (which was the same period as the late dinosaurs), so acts as a reference point in dating these fossils.

“This research by Dr. Tuetken and colleagues is an excellent example of why it is so important to approach a research question with as few assumptions as possible, and how sometimes we have to revisit our initial assumptions. It also highlights how beneficial it can be to apply multiple tools to answer a research question. In this case, the authors used both strontium and oxygen isotopes, as well as X-ray diffraction and trace element analysis to establish the most likely age and origin of the fossil teeth,” Dr. Brooke Crowley from the University of Cincinnati, commented.

“It was a monumental work but these efforts have revealed a much more interesting story about the people who lived in this region in the past. I am very excited by this work and hope that one day, we might be able to unravel the mystery of why these fossil teeth are being recovered from cultural deposits”.