Eddie Gonzales Jr. – MessageToEagle.com – Global sea level rise begins to be one of the major environmental challenges of the 21st century. 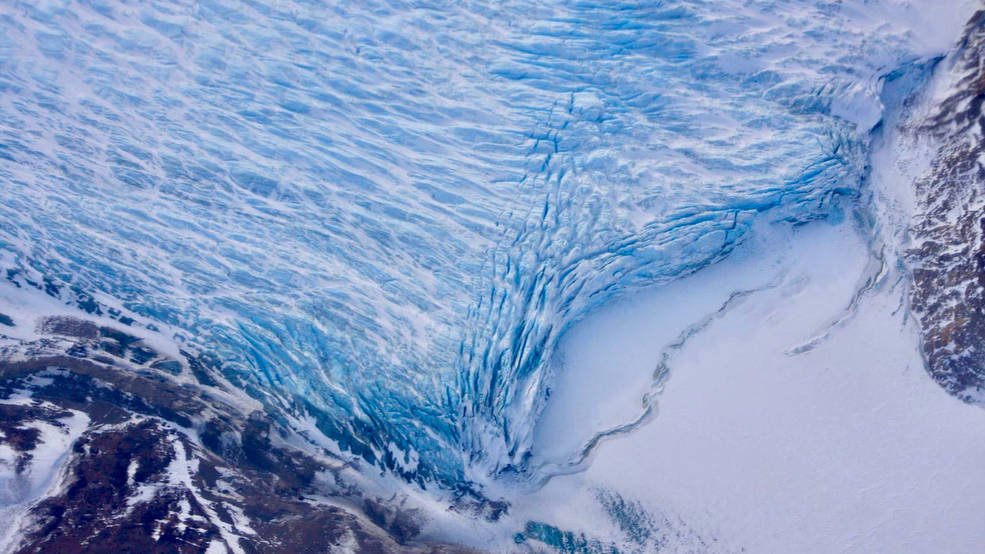 Cracks in the front of a glacier as it reaches the ocean. Credits: NASA/Adam Klein

Researchers, who started their field work in 2016,  are now back on the world’s largest island to follow changes caused by Greenland’s melting glaciers.

“We’ve seen some really surprising results that suggest the oceans have a huge effect on Greenland’s biggest glaciers,” said OMG Principal Investigator Josh Willis of NASA’s Jet Propulsion Laboratory in Pasadena, California. “This year, we hope to figure out whether the ocean’s impact is widespread or if it’s just a few big glaciers that care about ocean temperatures.”

“It’s huge. It’s just amazing,” Muellerschoen said. “I’ll never reach a time where it’s ‘just snow’ out there. I feel really lucky to be able to do this four years in a row,” JPL engineer Ron Muellerschoen has flown back and forth across Greenland during its snowiest season for the last three years, said in a press release.

Researchers use NASA’s Glacier and Ice Surface Topography Interferometer (GLISTIN-A) radar on a NASA G-III aircraft. The GLISTIN-A radar maps the edges of glaciers along the entire coastline of the island and measures their heights precisely. As a glacier loses ice and speeds up, it stretches out and gets thinner, so that its surface is lower than before. The height measurement enables researchers to estimate how much ice has been lost since the preceding year’s measurement.

Researchers also measure ocean temperatures around the coastline every fall and has completed a multiyear effort to make high-precision maps of the ocean floor off the coast.

The team observes Greenland’s 200 or so coastal glaciers and how they are responding to changes in the water below and the air above them.

The G-III aircraft and its crew are based at NASA’s Johnson Space Center in Houston. This spring campaign is using two bases: Keflavik, Iceland, and the U.S. Air Force’s Thule Air Base in Greenland.