Eddie Gonzales Jr. – MessageToEagle.com – Physicists at the National Institute of Standards and Technology (NIST) have linked together, or “entangled,” the mechanical motion and electronic properties of a tiny blue crystal, giving it a quantum edge in measuring electric fields with record sensitivity that may enhance understanding of the universe. 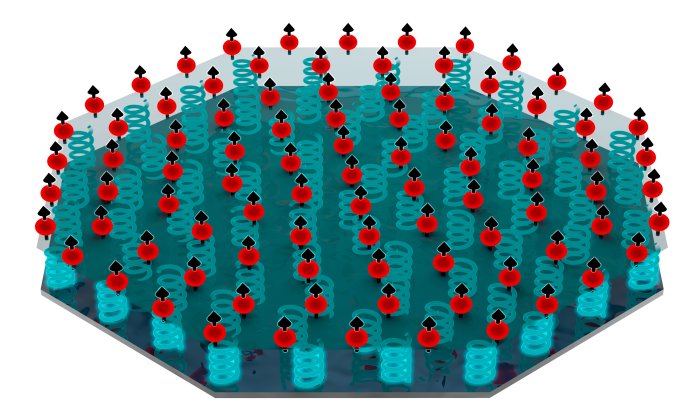 The quantum sensor consists of 150 beryllium ions (electrically charged atoms) confined in a magnetic field, so they self-arrange into a flat 2D crystal just 200 millionths of a meter in diameter. Quantum sensors such as this have the potential to detect signals from dark matter — a mysterious substance that might turn out to be, among other theories, subatomic particles that interact with normal matter through a weak electromagnetic field. The presence of dark matter could cause the crystal to wiggle in telltale ways, revealed by collective changes among the crystal’s ions in one of their electronic properties, known as spin.

This sensor can measure external electric fields that have the same vibration frequency as the crystal with more than 10 times the sensitivity of any previously demonstrated atomic sensor. (Technically, the sensor can measure 240 nanovolts per meter in one second.) In the experiments, researchers apply a weak electric field to excite and test the crystal sensor. A dark matter search would look for such a signal.

“Ion crystals could detect certain types of dark matter — examples are axions and hidden photons — that interact with normal matter through a weak electric field,” NIST senior author John Bollinger said. “The dark matter forms a background signal with an oscillation frequency that depends on the mass of the dark matter particle. Experiments searching for this type of dark matter have been ongoing for more than a decade with superconducting circuits. The motion of trapped ions provides sensitivity over a different range of frequencies.” 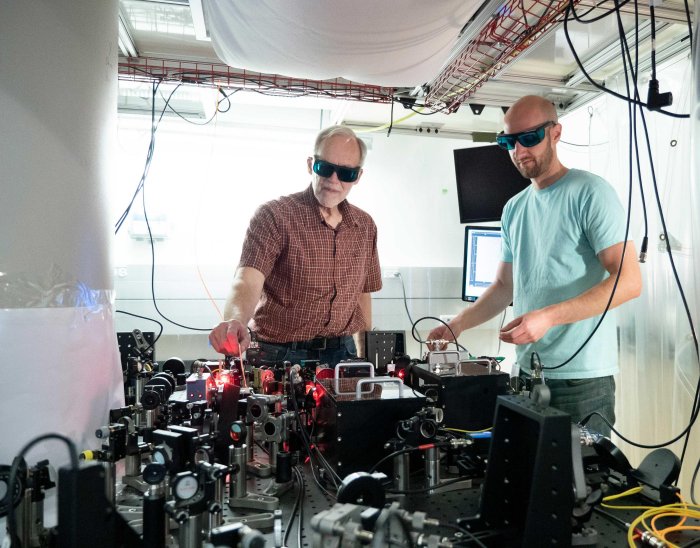 Bollinger’s group has been working with the ion crystal for more than a decade. What’s new is the use of a specific type of laser light to entangle the collective motion and spins of a large number of ions, plus what the researchers call a “time reversal” strategy to detect the results.

The experiment benefited from a collaboration with NIST theorist Ana Maria Rey, who works at JILA, a joint institute of NIST, and the University of Colorado Boulder. The theory work was critical for understanding the limits of the laboratory setup, offered a new model for understanding the experiment that is valid for large numbers of trapped ions, and demonstrated that the quantum advantage comes from entangling the spin and motion, Bollinger said.

Rey noted that entanglement is beneficial in canceling the ions’ intrinsic quantum noise. However, measuring the entangled quantum state without destroying the information shared between spin and motion is difficult.