Conny Waters – MessageToEagle.com – A remarkable collection of adorned architectural stone artifacts, which were part of a magnificent royal structure from the time of the Kings of Judah has been unearthed at the Armon Hanatziv promenade during Israel Antiquities Authority excavations. 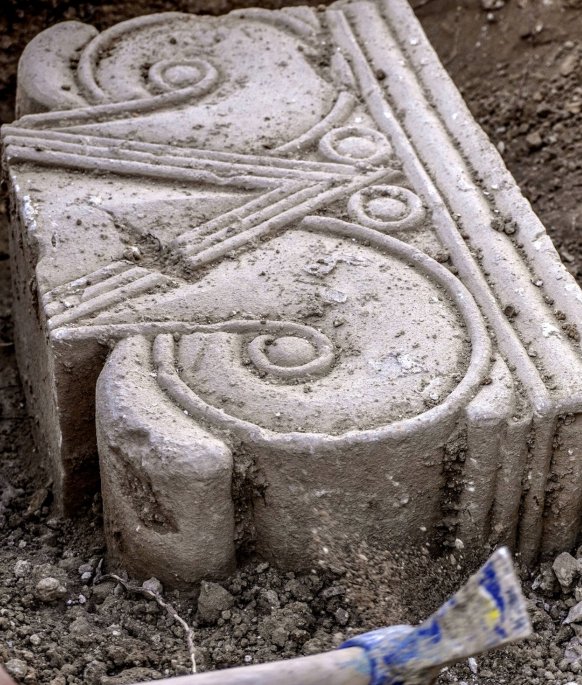 A very special collection of several adorned architectural stone artifacts, which were part of a magnificent royal structure from the time of the Kings of Judah. These remarkable findings were uncovered at the Armon Hanatziv promenade. Image credit: Israel Antiquities Authority

“This is a very exciting discovery. This is the first-time discovery of scaled-down models of the giant Proto-Aeolian capitals, of the kind found thus far in the Kingdoms of Judah and Israel, where they were incorporated above the royal palace gates,” according to Yaakov Billig, who led the excavations.

Among the stone artifacts, archeologists found column capitals of various sizes in the architectural style known as ‘Proto-Aeolian’ – one of the most significant royal building features of the First Temple period.

The column capitals, identified with royal construction of the First Temple period, are the most beautiful and impressive that have been uncovered to date, according to the Israel Antiquities Authority (IAA). 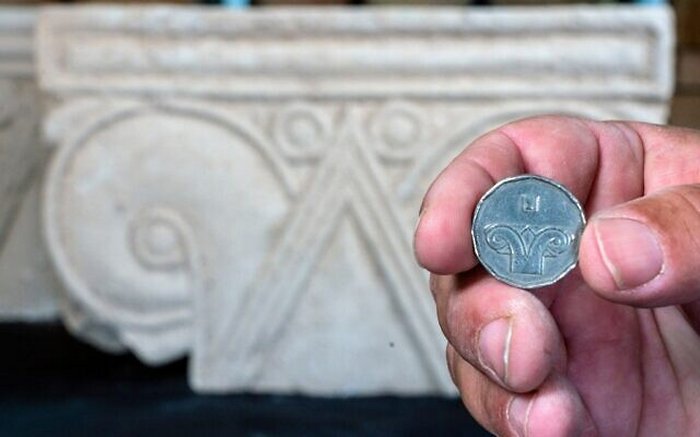 The assumption is this royal structure belonged to one of the Kings of Judah, or a Jerusalemite family of nobility and wealth during the First Temple period, between the days of King Hezekiah and King Josiah.

Unlike the capitals, which were discovered preserved in excellent condition, the rest of the building was destroyed, probably in the Babylonian destruction of Jerusalem in 586 BC or thereabout.

“The level of workmanship on these capitals is the best seen to date, and the degree of preservation of the items is rare.

This discovery, along with the palace previously uncovered in Ramat Rachel and the administrative center recently excavated by the Israel Antiquities Authority on the slopes of Arnona, attests to a new revival in the city and a somewhat ‘exit from the walls’ of the First Temple period, after the Assyrian siege.

“We reveal villas, mansions, and government buildings in the area outside the walls of the city. This testifies to the relief felt by the city’s residents and the recovery of Jerusalem’s development after the Assyrian threat was over”

The findings will be on display in an exhibition at the City of David over the next few days.