Eddie Gonzales Jr. – MessageToEagle.com – Astronomers have pinpointed the location of a Fast Radio Burst (FRB) in a nearby galaxy.

Astronomers say that the close proximity of this FRB is puzzling because it suggests its environment is different than the other ones that have been identified. 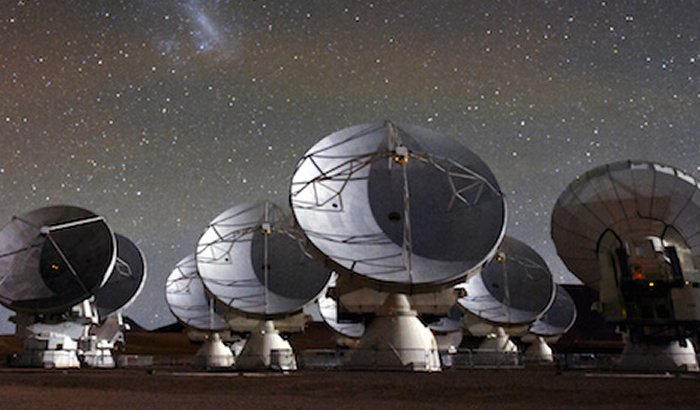 The discovery challenges scientific assumptions on the mysterious FRB events. The source of FRBs –brief, bright, sudden, extragalactic bursts of radio waves lasting a few thousandths of a second — has remained unknown since their discovery in 2007. Generally, the sources of FRBs (usually one-off bursts) are mysterious celestial events, but even more mysterious are those which emit repeated flashes.

The recently discovered FRB – designated FRB 180916.J0158+65 – is one of only five sources with a precisely known location and only the second such source that shows repeated bursts.

“This object’s location is radically different from that of not only the previously located repeating FRB, but also all previously studied FRBs,” elaborates Kenzie Nimmo, a Ph.D. student at the University of Amsterdam and a fellow lead author of this paper, in a press release. 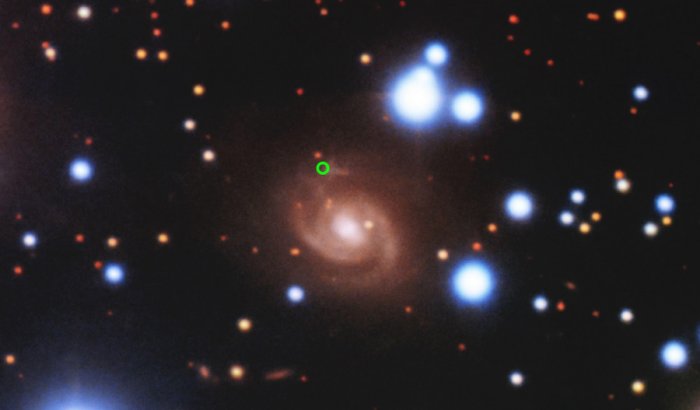 “This blurs the differences between repeating and non-repeating fast radio bursts. It may be that FRBs are produced in a large zoo of locations across the Universe and just require some specific conditions to be visible.”

However, the source of FRB 180916.J0158+65 — which lies roughly 500 million light-years from Earth — was unexpected and shows that FRB’s may not be linked to a particular type of galaxy or environment, deepening this astronomical mystery [4].

“This is the closest FRB to Earth ever localized,” explains Benito Marcote, of the Joint Institute for VLBI European Research Infrastructure Consortium and a lead author of the Nature paper.

“Surprisingly, it was found in an environment radically different from that of the previous four localized FRBs — an environment that challenges our ideas of what the source of these bursts could be.”

Pinpointing the location of FRB 180916.J0158+65 required observations at both radio and optical wavelengths. FRBs can only be detected with radio telescopes, so radio observations are fundamentally necessary to accurately determine the position of an FRB on the sky.