Eddie Gonzales Jr. – MessageToEagle.com – Earlier this month, President Biden urged other countries to join the U.S. and European Union in a commitment to slashing methane emissions. Two new Stanford-led studies could help pave the way by laying out a blueprint for coordinating research on methane removal technologies, and modeling how the approach could have an outsized effect on reducing future peak temperatures. 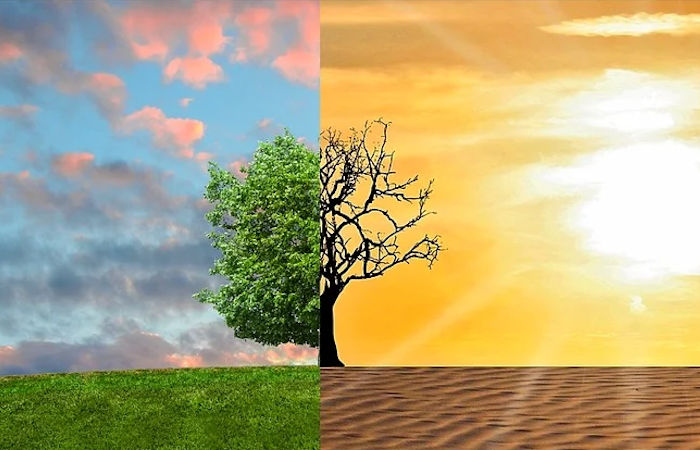 The analyses, published Sept. 27 in Philosophical Transactions of the Royal Society A, reveal that removing about three years-worth of human-caused emissions of the potent greenhouse gas would reduce global surface temperatures by approximately 0.21 degrees Celsius while reducing ozone levels enough to prevent roughly 50,000 premature deaths annually. The findings open the door to direct comparisons with carbon dioxide removal—an approach that has received significantly more research and investment—and could help shape national and international climate policy in the future.

“The time is ripe to invest in methane removal technologies,” said Rob Jackson, lead author on the new research agenda paper and senior author on the modeling study. Jackson is the Michelle and Kevin Douglas Provostial Professor of Energy and Environment in Stanford’s School of Earth, Energy & Environmental Sciences.

The case for methane removal

The relative concentration of methane has grown more than twice as fast as that of carbon dioxide since the beginning of the Industrial Revolution. Removing methane from the atmosphere could reduce temperatures even faster than carbon dioxide removal alone because methane is 81 times more potent in terms of warming the climate over the first 20 years after its release, and about 27 times more potent over a century. Methane removal also improves air quality by decreasing the concentration of tropospheric ozone, exposure to which causes an estimated one million premature deaths annually worldwide due to respiratory illnesses.

Unlike carbon dioxide, the bulk of methane emissions are human-driven. Primary culprits include agricultural sources such as livestock, which emit methane in their breath and manure, and rice fields, which emit methane when flooded. Waste disposal and fossil fuel extraction also contribute substantial emissions. Natural sources of methane, including soil microbes in wetlands, account for the remaining 40 percent of global methane emissions. They further complicate the picture because some of them, such as thawing permafrost, are projected to increase as the planet warms.

While development of methane removal technologies will not be easy, the potential financial rewards are big. If market prices for carbon offsets rise to $100 or more per ton this century, as predicted by most relevant assessment models, each ton of methane removed from the atmosphere could then be worth more than $2,700.

The modeling study uses a new model developed by the United Kingdom’s national weather service (known as the UK Met Office) to examine methane removal’s potential impacts while accounting for its shorter lifetime than carbon dioxide—a key factor because some of the methane removed would have disappeared anyway. The researchers created a set of scenarios by varying either the amount removed or the timing of removal to generalize their results over a wide range of realistic future emissions pathways. 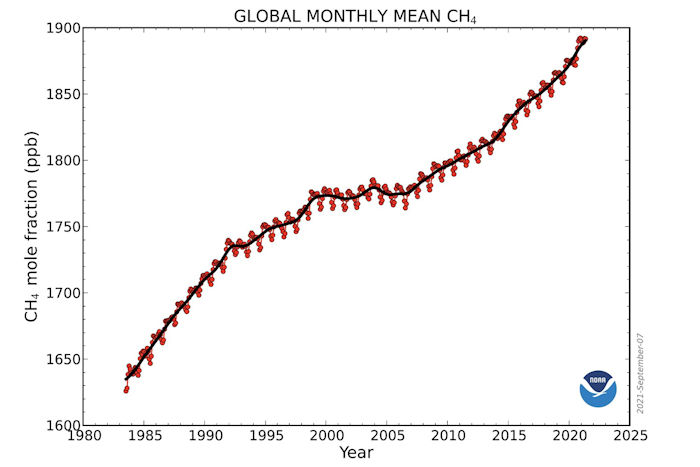 “This new model allows us to better understand how methane removal alters warming on the global scale and air quality on the human scale,” said modeling study lead author and research agenda coauthor Sam Abernethy, a Ph.D. student in applied physics who works in Jackson’s lab.

From research to development

The path to achieving these climate and air quality improvements remains unclear. To bring it into focus, the research agenda paper compares and contrasts aspects of carbon dioxide and methane removal, describes a range of technologies for methane removal and outlines a framework for coordinating and accelerating its scale-up. The framework would help facilitate more accurate analysis of methane removal factors ranging from location-specific simulations to potential interactions with other climate change mitigation approaches.

Methane is challenging to capture from air because its concentration is so low, but burgeoning technologies—such as a class of crystalline materials called zeolites capable of soaking up the gas—hold the promise of a solution, according to the researchers. They argue for increased research into these technologies’ cost, efficiency, scaling and energy requirements, potential social barriers to deployment, co-benefits and possible negative by-products.