Eddie Gonzales Jr. – MessageToEagle.com – Scientists at the University of Cambridge have discovered that water in a one-molecule layer acts like neither a liquid nor a solid, and that it becomes highly conductive at high pressures.

Much is known about how “bulk water” behaves: it expands when it freezes, and it has a high boiling point. But when water is compressed to the nanoscale, its properties change dramatically. 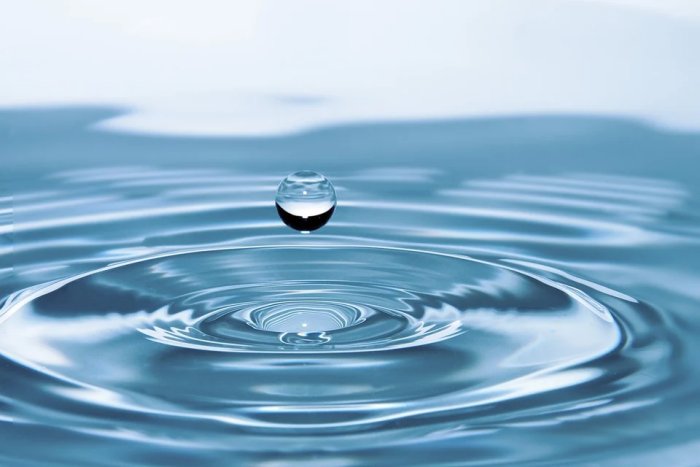 By developing a new way to predict this unusual behavior with unprecedented accuracy, the researchers have detected several new phases of water at the molecular level.

Water trapped between membranes or in tiny nanoscale cavities is common—it can be found in everything from membranes in our bodies to geological formations. But this nanoconfined water behaves very differently from the water we drink.

Until now, the challenges of experimentally characterizing the phases of water on the nanoscale have prevented a full understanding of its behavior. But in a paper published in the journal Nature, the Cambridge-led team describe how they have used advances in computational approaches to predict the phase diagram of a one-molecule thick layer of water with unprecedented accuracy.

They used a combination of computational approaches to enable the first-principles level investigation of a single layer of water.

The researchers found that water which is confined into a one-molecule thick layer goes through several phases, including a “hexatic” phase and a “superionic” phase. In the hexatic phase, the water acts as neither a solid nor a liquid, but something in between. In the superionic phase, which occurs at higher pressures, the water becomes highly conductive, propelling protons quickly through ice in a way resembling the flow of electrons in a conductor.

Understanding the behavior of water at the nanoscale is critical to many new technologies. The success of medical treatments can be reliant on how water trapped in small cavities in our bodies will react. The development of highly conductive electrolytes for batteries, water desalination, and the frictionless transport of fluids are all reliant on predicting how confined water will behave.

“For all of these areas, understanding the behavior of water is the foundational question,” said Dr. Venkat Kapil from Cambridge’s Yusuf Hamied Department of Chemistry, the paper’s first author. “Our approach allows the study of a single layer of water in a graphene-like channel with unprecedented predictive accuracy.”

The researchers found that the one-molecule thick layer of water within the nanochannel showed rich and diverse phase behavior. Their approach predicts several phases which include the hexatic phase—an intermediate between a solid and a liquid—and also a superionic phase, in which the water has a high electrical conductivity.

“The hexatic phase is neither a solid nor a liquid, but an intermediate, which agrees with previous theories about two-dimensional materials,” said Kapil. “Our approach also suggests that this phase can be seen experimentally by confining water in a graphene channel.

“The existence of the superionic phase at easily accessible conditions is peculiar, as this phase is generally found in extreme conditions like the core of Uranus and Neptune. One way to visualize this phase is that the oxygen atoms form a solid lattice, and protons flow like a liquid through the lattice, like kids running through a maze.”

The researchers say this superionic phase could be important for future electrolyte and battery materials as it shows an electrical conductivity 100 to 1,000 times higher than current battery materials.

The results will not only help with understanding how water works at the nanoscale, but also suggest that “nanoconfinement” could be a new route into finding superionic behavior of other materials.