MessageToEagle.com – The Ring of Fire refers to a very geologically active section of the world, the Pacific Rim.

In fact, it’s not really a full circle, but rather a horseshoe-shaped zone of frequent earthquakes and volcanic eruptions. 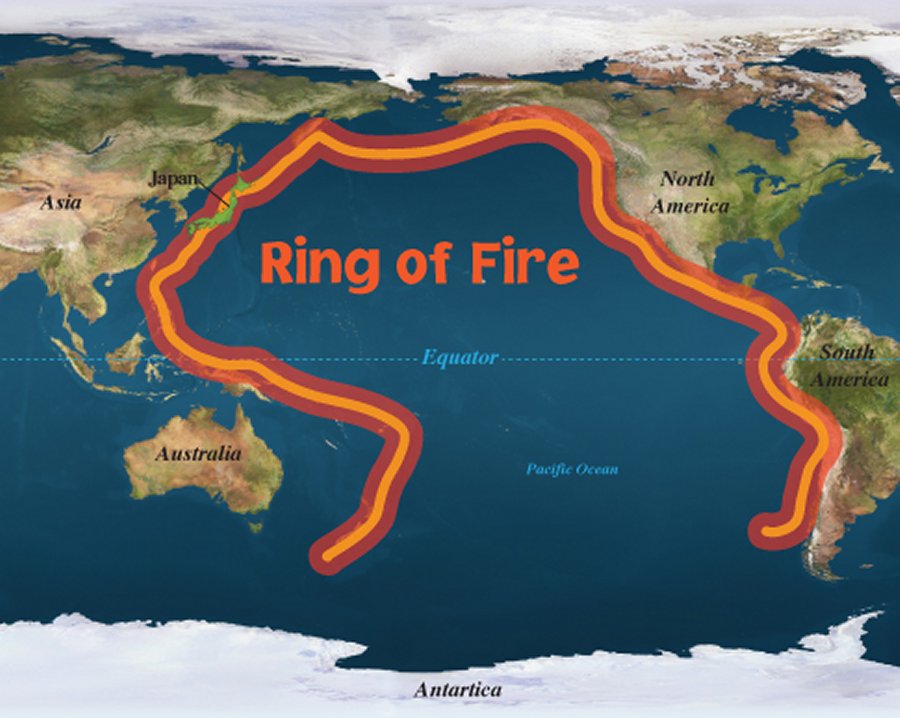 The location of the ring of fire encircling the Pacific Ocean. Image from: https://sites.google.com/site/volcanoesandtheringoffireurja/

The Ring of Fire, which is a 25,000 mile (40,000 km) is not just a coincidence but the geological setting of the Pacific Rim which leads to it being so active.

This gigantic region on our planet has its ‘firing ‘name because within it, there are 452 active and dormant volcanoes.

The Ring of Fire stretches  from the southern tip of South America, up along the coast of North America, across the Bering Strait, down through Japan, and into New Zealand, and multiple Pacific Islands such as Papua New Guinea. 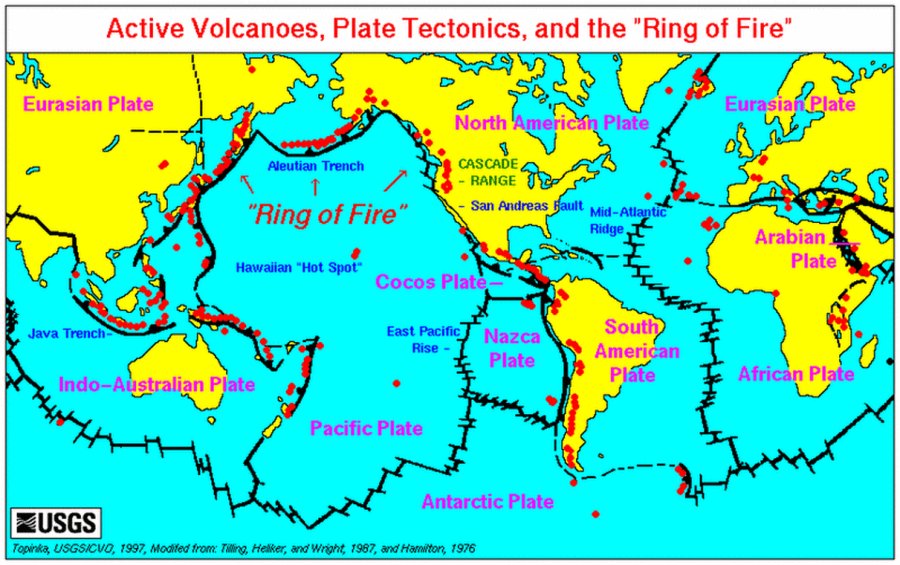 The Ring of Fire is the result of plate tectonics, huge slabs of the Earth’s crust, which fit together like pieces of a puzzle. The plates are not fixed but are constantly moving atop a layer of solid and molten rock called the mantle.
See also: Amasia – New Future Supercontinent

Sometimes these plates collide, move apart, or slide next to each other. Most tectonic activity in the Ring of Fire occurs in these geologically active zones.

Among 452 volcanoes of the Ring of Fire, there are some very famous and dangerous.

Popocatepetl – an active volcano in the Trans Mexican Volcanic Belt. Located near Mexico City, this volcano is considered by many to be the most dangerous in the world since a large eruption could potentially kill millions of people.

Mt. Saint Helens -The Cascade Mountains in the United States’ Pacific Northwest hosts the 800 mile (1,300 km) Cascade Volcanic Arc. The Cascades contain 13 major volcanoes and nearly 3,000 other volcanic features. The most recent eruption in the Cascades occurred at Mt. Saint Helens in 1980.

The Andean Volcanic Belt within the Andes Mountains (longest, continental mountain range in the world) is broken into into four volcanic zones that include such active volcanoes as Cotopaxi and Cerro Azul. It is also home to the highest, active volcano — Ojos del Salado.

Mt. Fuji, located on the Japanese island of Honshu, Mt. Fuji, at 12,380 feet (3,776 m), is the tallest mountain in Japan and the world’s most visited mountain and an active volcano that last erupted in 1707.

Krakatoa – In the Indonesia Island Arc sits Krakatoa, remembered for its massive eruption on August, 27, 1883 that killed 36,000 people and was heard 2,800 miles away (it is considered the loudest sound in modern history).

The Indonesian Island Arc is also home to Mt. Tambora, whose eruption on April 10, 1815 was the largest in major history, being calculated as a 7 on the Volcanic Explosion Index (VEI). 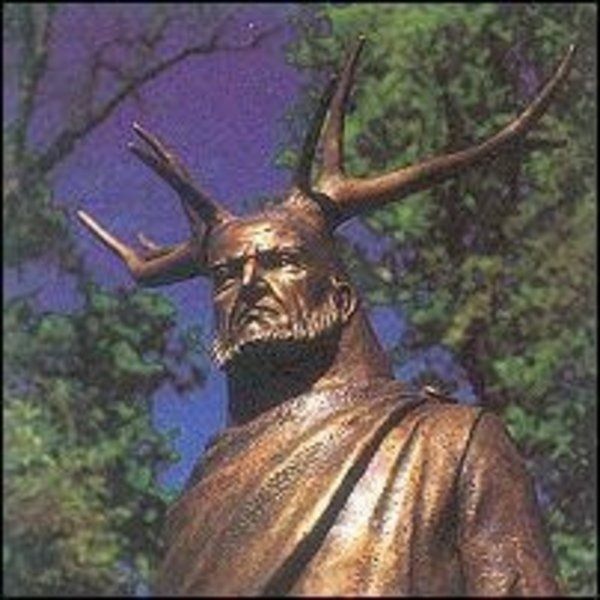