Conny Waters – MessageToEagle.com – Neanderthals, our closest relatives, became extinct between 40,000 to 35,000 years ago.

Since the discovery of the first Neanderthal fossil 165 years ago, scientists have learned more about Neanderthals—including their culture, sociality, ecology, diet, control of fire, production and use of tools, physiology, and even their genomic code—than about any other non-human hominin. 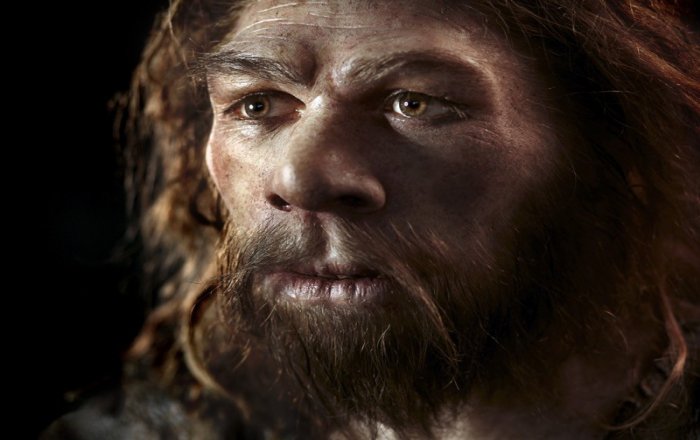 Here, Spanish researchers use a highly original approach—scientific “role play”—to reconstruct a novel element of Neanderthal behavior: cooperating with group members while using fire and tools to catch choughs, birds from the crow family, from their night roosts inside caves. Their findings are published in Frontiers in Ecology and Evolution.

Neanderthals are known to have eaten plants, fungi, shellfish, roasted pinecones, and flesh from stranded dolphins. At the same time, they were important apex predators who hunted mammals with a range of techniques, from ambush with spears to trapping or chase. There is also increasing evidence that they regularly caught flying birds, such as birds of prey, pigeons, and members of the crow family.

“Here we show that Neanderthals likely preyed on choughs, birds that spend the night in caves, the preferred shelter of Neanderthals. We reconstruct how Neanderthals could have used fire to dazzle, corral, and grab flying choughs at night,” says first author Dr. Guillermo Blanco from the National Museum of Natural Sciences in Madrid.

Two species of choughs currently occur across Southern and Central Europe, North Africa, the Near East, and Central Asia—a distribution which overlaps considerably with the former range of Neanderthals. Flocks roost at night in caves and rocky crevices. As caves are scarce, choughs would sometimes have shared these with Neanderthals.

Blanco and colleagues began by reviewing the literature on bird fossils found in caves that also contained Neanderthal fossils or tools. They confirm that coexistence between Neanderthals and choughs was common: in Europe, choughs are among the most abundant bird fossils found in Neanderthal caves. Especially in the Iberian peninsula, fossil choughs often had cut marks from so-called ‘Mousterian’ stone tools, produced by Neanderthals between 300,000 and 35,000 years ago.

“These cut marks are strong evidence that Neanderthals caught and cut up choughs. The choughs’ meat wouldn’t only yield calories, but also welcome micronutrients, while their bright black feathers and yellow or red beaks and claws might be used by Neanderthals for personal decoration,” says coauthor Dr. Juan J. Negro from the Estación Biológica de Doñana in Sevilla.

Between 1988 and 2020, the authors located 185 chough roosting sites across Spain, of which approximately one-third were located inside caves, crevices, and chasms. Most roost sites were used year after year, providing shelter to 3 to 737 choughs each.

The authors and their coworkers then used a kind of scientific ‘role play’ to find the best way to catch choughs through trial and error. In teams of two to ten, the ‘Neanderthals’ sneaked up at night on roosts with rope nets, ladders, and lamps to mimick torches—all tools that Neanderthals could probably construct. They recorded the characteristics of the roost, the size of the team, the strategy and tools used, the choughs’ reaction, and the number caught. The birds were always released unharmed. In 296 trials conducted in 70 roosting sites, the researchers were able to catch 5525 choughs.

“We conclude that choughs would have been uniquely vulnerable to Neanderthals if they used artificial light, such as fire, in caves at night,” says coauthor Dr. Antonio Sánchez-Marco from the Institut Català de Paleontologia Miquel Crusafont in Barcelona. “We show that when dazzled, choughs either try to escape to the outside, in which case you can catch them with nets across the entrance, or flee upwards to the ceiling, where you can often catch them by hand.

Two to three choughs would yield enough energy to be a full meal for an adult Neanderthal, while a few skilled hunters could easily catch 40 to 60 choughs per night.”

The authors argue that the social, cognitive, and bodily skills needed would have been well within range for Neanderthals, who lived of groups with 10 to 20 adults plus their children, had brains larger than those of modern humans, and were anatomically better suited for climbing than us.

“Over the past decade, research has shown that Neanderthals were much more versatile in their behavior than previously thought. Our study is a good example of this: we were able to reconstruct that Neanderthals likely had another unsuspected skill, namely trapping birds at their roosts. Given their great diversity of behavior, it becomes more difficult—as well as urgent, in view of the ongoing extinction crisis—to explain why Neanderthals disappeared,” concludes Blanco.