Conny Waters – MessageToEagle.com  – Archaeologists from the University of Granada have discovered several menhir-sculptures on the outer wall of the Los Millares that about 5,000 years ago,  was the biggest and most important town in Europe. 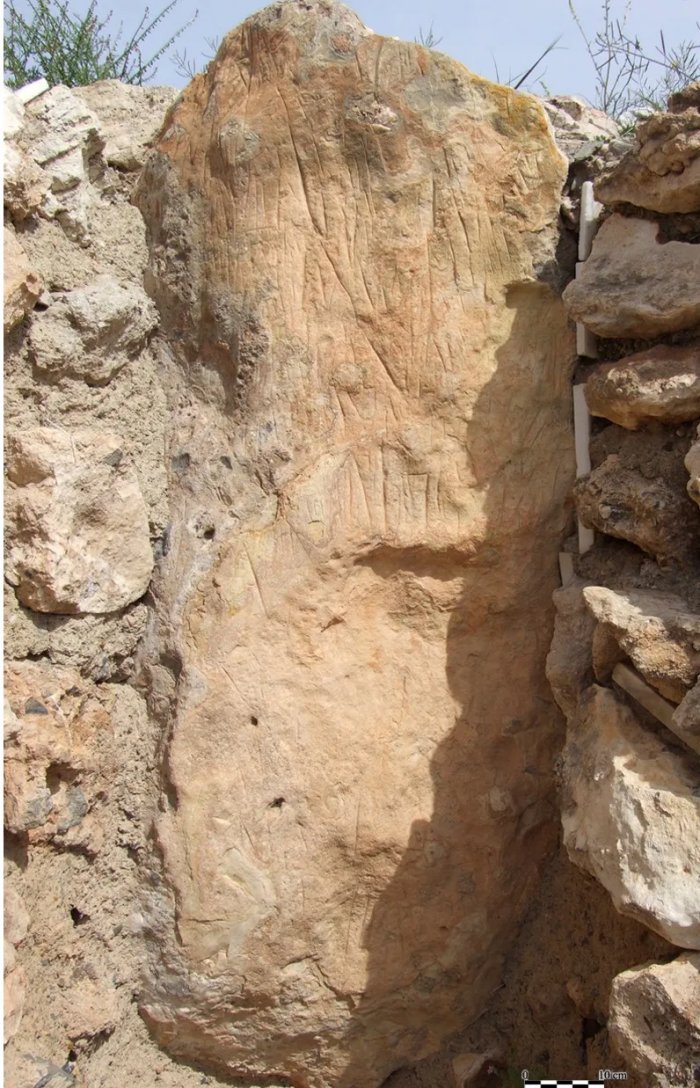 These symbols were kept on the outer wall, which was built around 2900BC to expand the town of Los Millares, thus occupying the space of the old necropolis. Image credit:  University of Granada

Their settlement dates from the Copper Age and is located in the municipality of Santa Fe de Mondújar, in Almería. Thanks to very successful research conducted by the University of Granada many important findings linked to the entire European continent in the Copper Age.

These sculptures belonged to the old necropolis of Los Millares and were later kept at the main entrance when the expansion of the town occupied areas of the burial space. That outer wall that extended the settlement was erected around the year 2900 or so.

The research team from the University of Granada explains that the menhir sculptures, which were part of the symbology of the necropolis, were still highly honored during the further expansion of the metropolis (already confirmed as the first city in Europé) and reused later for symbolic purposes of the society. 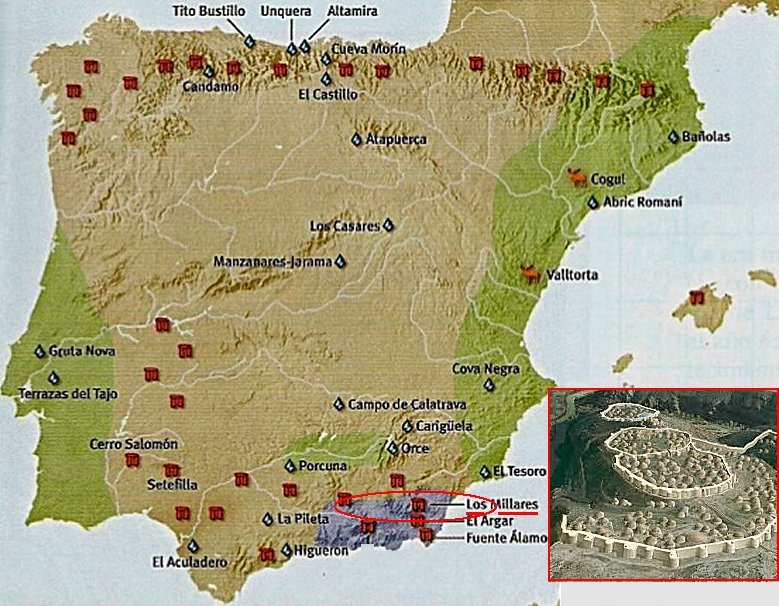 Based on the study, the sculptures “served to reflect the rights of the populations of that time to occupy and exploit a territory.”

The menhir-sculptures justified, through the ancestors, the ability to access the settlement through the main door, with the menhir-statue located next to it; the exclusion of those not linked to all representations at both ends of the wall, and the integration of new populations, with the so-called Tomb 63 included in the layout of the wall.

According to the researchers, certain characters, the statue-menhir and the stele of Tomb 63, all played an important role. 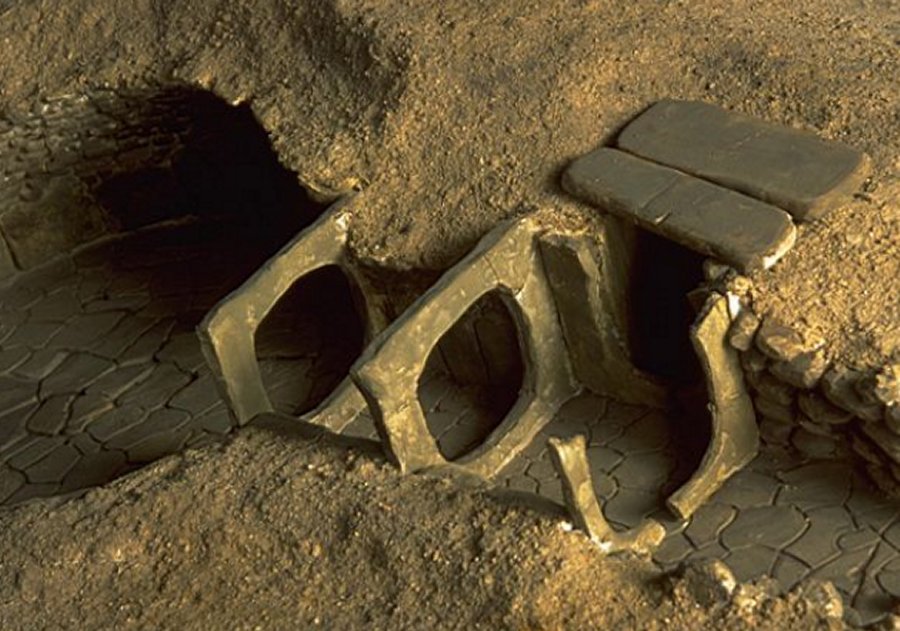 “They served to reflect the rights of the populations of that time to occupy and exploit a territory,” details the study.

The statues justified, through the ancestors, “the ability to access the settlement through the main gate, with the statue-menhir located next to it; the exclusion of those not linked, with all representations at both ends of the wall; the integration of new populations, with Tomb 63 included in the layout of the wall; and the role of certain characters, with the statue-menhir and the stele of Tomb 63”, wrote the University’s researchers involved in the project.

The expert archaeologists have also highlighted that this enormous prehistoric site of Los Millares located in Santa Fe de Mondújar was a great innovative center of megalithism, where tholos – type tombs appeared for the first time and from where they spread to the rest of the Iberian Peninsula.

The researchers carried out a statistical and spatial analysis of 193 radiocarbon dates from the entire Iberian Peninsula, which has made it possible to demonstrate that one of the main megalithic monuments of the Iberian Peninsula and Europe appeared for the first time at the Los Millares site.

Approximately 5,200 years ago there was an innovation of enormous relevance in the development of prehistoric societies. 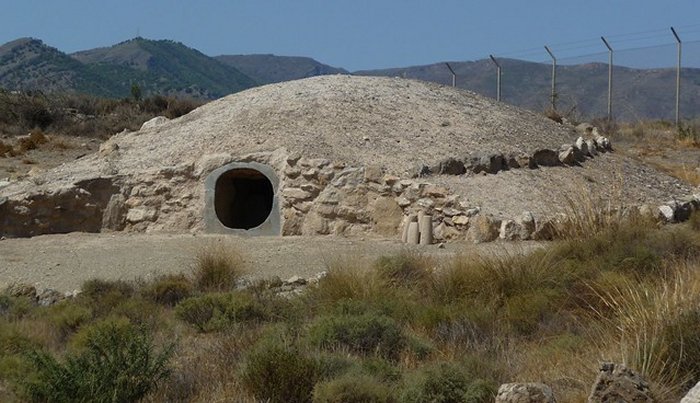 Entrance to a funerary tholos in Los Millares. Image credit: Department of Prehistory and Archeology at the University of Granada

It was a new type of megalithic tomb completely different from the then characteristic dolmens. Now, the tombs had funerary chambers with a circular floor plan between 2 and 5 meters in diameter that sometimes had small lateral niches whose use was also funerary.

”The interior of these chambers was accessed by a corridor that appeared compartmentalized by perforated stone slabs to facilitate passage,” explains Gonzalo Aranda Jiménez, a researcher at the Department of Prehistory and Archeology at the University of Granada and author principal of the study on the deposit.

”The most characteristic architectural feature of these new monuments was the way in which the burial chambers were covered by false domes that were achieved by successively smaller stone rings.

These types of monuments, known as ‘tholoi’, represented a new ritual and funerary conception that clearly moved away from traditional dolmens”, said the researcher. 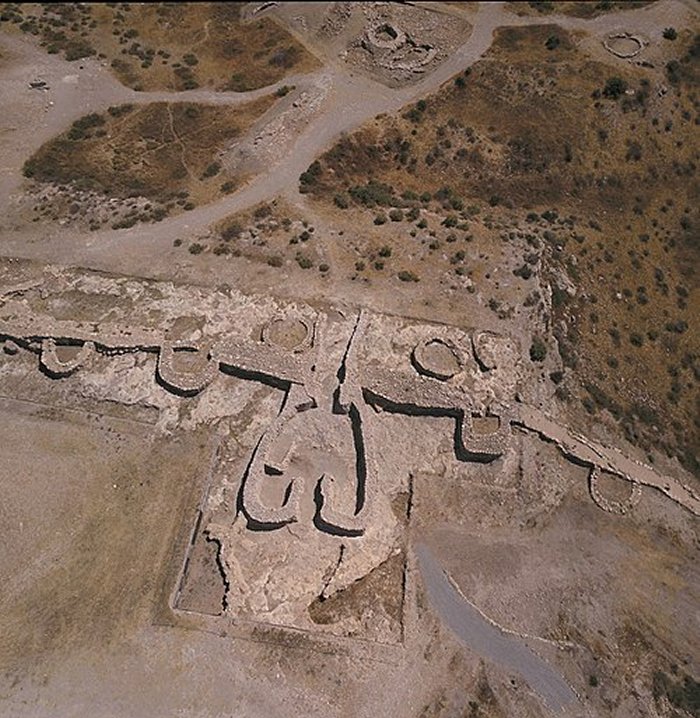 The Los Millares site. Aerial view of the main gate or barbican. source

The oldest tholoi first appear around 3200 BC in the peninsular southeast, specifically in Los Millares. From here, the new megalithic monuments spread progressively, first to the Guadalquivir valley, then to the Guadiana valley until finally reaching the Lisbon peninsula.

Several centuries after the first constructions, around 2,900 BC  the tholoi reached their maximum territorial expansion from the southeast to the Lisbon peninsula, that is, from the Mediterranean coast to the Atlantic coast.

In this way, the prehistoric societies of southern Spain and central and southern Portugal introduced a new type of funerary monument into their ways of life, which underwent intense development over several centuries.

Only from 2,200 AD, there was a clear abandonment of funerary practices that had been developing in these monuments, except in the peninsular southeast.