A.Sutherland  – AncientPages.com – Many spectacular architectural masterworks of India, like temples, mosques, monoliths, statues, gigantic forts, palaces, universities, and tombs, are left in legacy by the country’s builders. One of them is the famous Victory Tower (Vijaya Stambh) at Chittorgarh fort, located in Chittorgarh city, Rajasthan, western India. 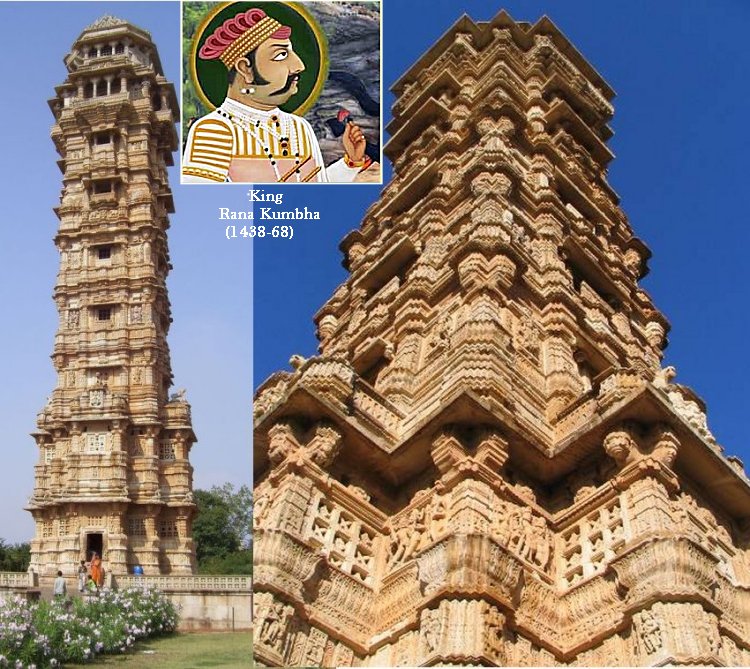 Tower of Victory (Jaya Stambh) erected by Rana Kumbha to commemorate his victory over Mahmud Khilji of Malwa in 1440.

The tower is dedicated to the most popular Hindu god, Vishnu, considered the world’s god. However, numerous other drawings and inscriptions of various Hindu gods and goddesses can be seen.