MessageToEagle.com – The nearest single star to the Sun hosts an exoplanet at least 3.2 times as massive as Earth — a so-called super-Earth.

Astronomers used data from a world-wide array of telescopes, including ESO’s planet-hunting HARPS instrument, to observe this distant, frozen and dimly lit world.

The newly discovered planet – orbiting Barnard’s Star, a mere 6 light-years away – is the second-closest known exoplanet to the Earth. Barnard’s star is the fastest moving star in the night sky. 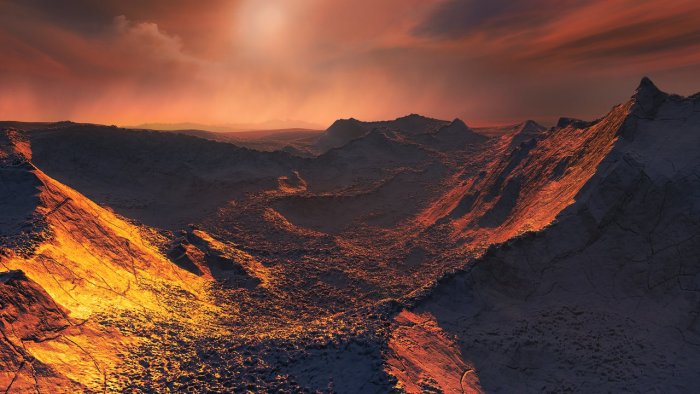 The planet, designated Barnard’s Star b, now steps in as the second-closest known exoplanet to Earth. The gathered data indicate that the planet could be a super-Earth, having a mass at least 3.2 times that of the Earth, which orbits its host star in roughly 233 days. Barnard’s Star, the planet’s host star, is a red dwarf, a cool, low-mass star, which only dimly illuminates this newly-discovered world. Light from Barnard’s Star provides its planet with only 2% of the energy the Earth receives from the Sun.

Despite being relatively close to its parent star — at a distance only 0.4 times that between Earth and the Sun — the exoplanet lies close to the snow line, the region where volatile compounds such as water can condense into solid ice. This freezing, shadowy world could have a temperature of –170  degrees C, making it inhospitable for life as we know it.

Named for astronomer E. E. Barnard, Barnard’s Star is the closest single star to the Sun. While the star itself is ancient — probably twice the age of our Sun — and relatively inactive, it also has the fastest apparent motion of any star in the night sky. Super-Earths are the most common type of planet to form around low-mass stars such as Barnard’s Star, lending credibility to this newly discovered planetary candidate. 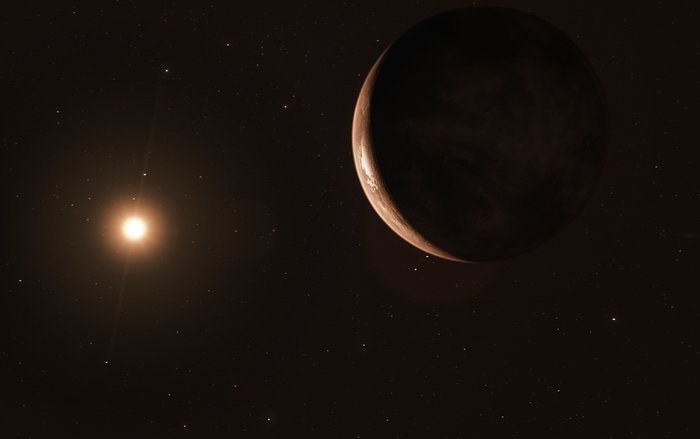 “However, we’ll continue to observe this fast-moving star to exclude possible, but improbable, natural variations of the stellar brightness which could masquerade as a planet.”

The astronomers used the Doppler effect to find the exoplanet candidate and took advantage of this effect to measure the changes in a star’s velocity due to an orbiting exoplanet — with astounding accuracy.

“We used observations from seven different instruments, spanning 20 years of measurements, making this one of the largest and most extensive datasets ever used for precise radial velocity studies.” explained Ribas. ”The combination of all data led to a total of 771 measurements — a huge amount of information!”