Eddie Gonzales Jr. – MessageToEagle.com – In recent years, active, self-propelled particles have received growing interest amongst the scientific community. Examples of active particles and their systems are numerous and very diverse, ranging from bacterium films to flocks of birds or human crowds.

These systems can demonstrate unusual behavior, which is challenging to understand or model. 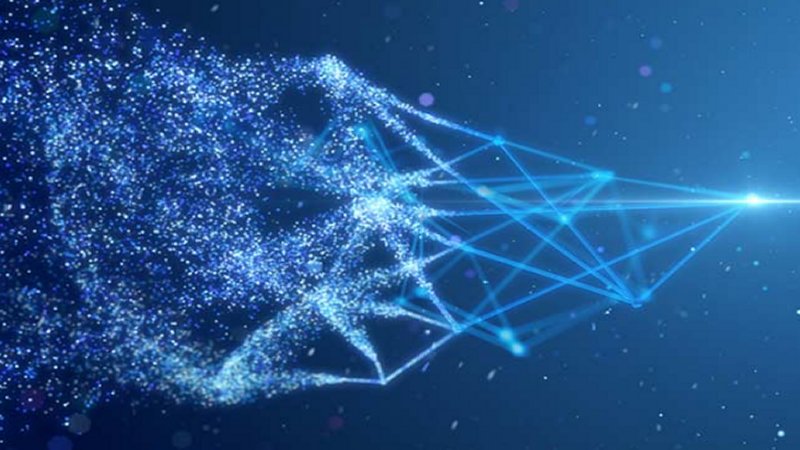 To this end, large-scale models of active particles were being scrutinized by experts at Leicester, in order to understand basic principles underlying active particle dynamics and apply them in a scenario of an evacuation strategy for customers in a crowded place. Unexpectedly, the ‘super-particles’ milling in a circular motion were stumbled upon by Leicester’s physicists who subsequently coined the phenomenon as ‘swirlonic’.

The ‘swirlon’ – a novel state of active matter – displayed a stunning behavior whereby instead of moving with acceleration, the quasi-particle groups moved with a constant velocity, proportional to the applied force and in the same direction of the force. This conduct seemingly violates the Second Newton’s Law, currently taught in secondary schools across the UK.

Professor Nikolai Brilliantov who led the investigation at the University of Leicester said:- “We were completely baffled to witness how these quasi-particles swirl within active matter, behaving like individual super-particles with surprising properties including not moving with acceleration when force is applied, and coalescing upon collision to form swirlons of a larger mass.

“These patterns have previously been observed for animals at different evolution stages, ranging from plant-animal worms and insects to fish, but rather as singular structures, not as a phase which borders other phases, resembling gaseous and liquid phases of “normal” matter.”

“It is always exciting to consider deepening our understanding of novel phenomena and their guiding physical principles. What we know to date is so much less than what there is to know. The phenomenon of the ‘swirlon’ is part of the tip of the iceberg of hidden knowledge. It leaves us with the eternal question: ‘what else don’t we know’?” Professor Ivan Tyukin, Director of Research in Applied Mathematics said.

The world of active particles has many practical applications including in the cutting-edge fields of artificial intelligence, space data and robotics. Since one of the possible practical applications of active particles could be self-assembly, experts at the University of Leicester agree it is essential that physicists continue to press for discoveries based around simulation work. This will ensure that in real life, materials, substances and groups work in ways that are reliable, expected and predictable, without unavoidable uncertainties.