Eddie Gonzales Jr. – MessageToEagle.com – With future space exploration in mind, a Cornell-led team of astronomers has published the final maps of Titan’s liquid methane rivers and tributaries — as seen by NASA’s late Cassini mission — so that may help provide context for Dragonfly’s upcoming 2030s expedition. 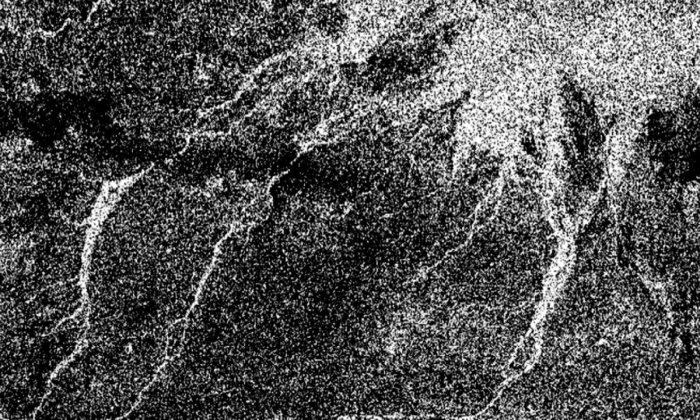 A radar image from the Cassini spacecraft of Titan’s liquid methane and ethane rivers and tributaries. Credit:NASA/JPL/Provided

The fluvial maps and details of their accuracy were published in the Planetary Science Journal (August 2021.) In addition to the maps, the work examined what could be learned by analyzing Earth’s rivers by using degraded radar data — similar to what Cassini saw.

Like water on Earth, liquid methane and ethane fill Titan’s lakes, rivers and streams. But understanding those channels — including their twists and branch-like turns — is key to knowing how that moon’s sediment transport system works and the underlying geology.

“The channel systems are the heart of Titan’s sediment transport pathways,” said Alex Hayes, associate professor of astronomy in the College of Arts and Sciences. “They tell you how organic material is routed around Titan’s surface, and identifies locations where the material might be concentrated near tectonic or perhaps even cryovolcanic features.

“Further, those materials either can be sent down into Titan’s liquid water interior ocean, or alternatively, mixed with liquid water that gets transported up to the surface,” Hayes said.

Larger than the planet Mercury and fully shrouded in a dense nitrogen and methane atmosphere, Titan is the only other place in the solar system with an active hydrologic system, which includes rain, channels, lakes and seas.

“Unlike Mars, it’s not 3.6 billion years ago when you would have seen lakes and channels on Titan. It’s today,” Hayes said. “Examining Titan’s hydrologic system represents an extreme example comparable to Earth’s hydrologic system — and it’s the only instance where we can actively see how a planetary landscape evolves in the absence of vegetation.”

Julia Miller ’20 led the detailed work of examining Cassini’s Synthetic Aperture Radar (SAR) images of Titan’s surface, looking for fluvial characteristics and then comparing those images to those available on Earth.

On Earth, fluvial geomorphology is typically studied with topographic data and high-resolution visible images, but that was not available for Titan. Instead, Miller used Earth-based radar images and degraded them to match the Cassini radar images of Titan.

This way, Miller could understand the limits of the Cassini dataset and know which results are robust for analysis using low, roughly 1-kilometer resolution data.

“Although the quality and quantity of Cassini SAR images put significant limits on their utility for investigating river networks,” Miller said, “they can still be used to understand Titan’s landscape at a fundamental level.”

River shapes say a lot. “You can use sort of what the river looks like to try to say some things about the type of material that it’s flowing through, or like how steep the surfaces, or just what went on in that region,” Miller said. “This is using the rivers as a starting point, to then, ideally, learn more about the planet.”

The Dragonfly mission to Titan is slated to launch in 2027 and is scheduled to arrive at Titan in 2034.

Said Hayes: “These maps will provide context for understanding things that Dragonfly finds locally and regionally, and will help to place Dragonfly’s result into global context.”

This project was funded by NASA and the European Space Agency.