MessageToEagle.com – Archaeologists excavating near Varnhem Abbey in Sweden have uncovered several unique skeletons. The bones include remains of two children, a six year old and a one year old.

Varnhem is a place of great historical importance. In 995, Olof Skötkonung (in English Olaf the Tax King, 980–1022) King of Sweden converted to Christianity and what was to become Sweden started right here. Christian Vikings were present in Varnhem as early as in the 900s.

In 2005, scientists started an archaeological project focusing on investigating the traces left by the people who lived in Varnhem before the Cistercian monastery took over the site in the middle of the twelfth century. The property where the church was found was donated to the Cistercians in the 1150s, where they established Varnhem Abbey, one of the largest and most powerful in Scandinavia. 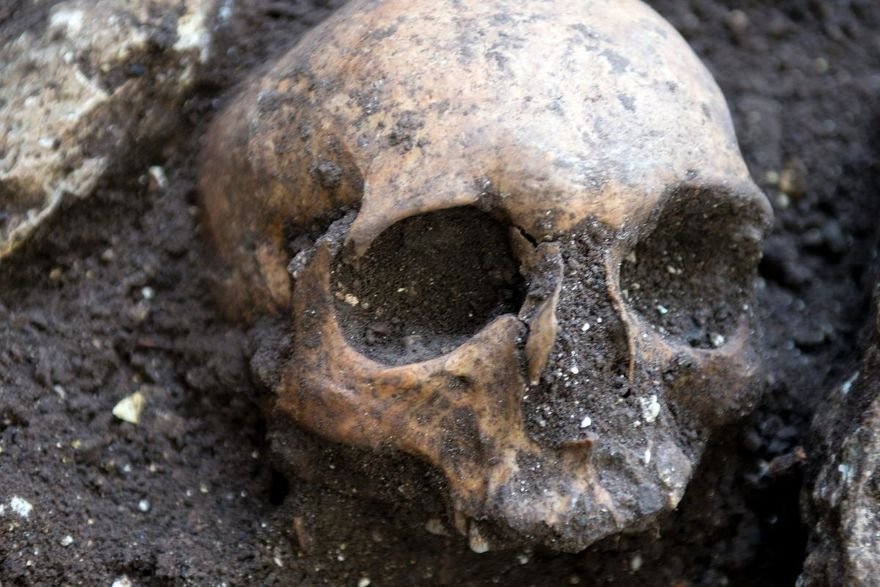 Varnhem seems to have had continuous settlement from the third century BC until the middle of the twelfth century AD. Some pagan burial grounds were found in the area. 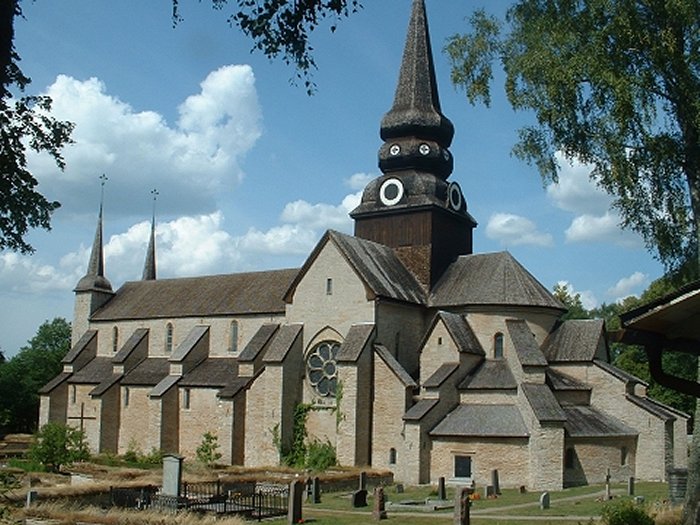 The first church built on this site was a small wooden building raised around 1000. After some decades, this was replaced by a larger wooden church with a stone cellar under the nave in the west. The stone cellar’s walls are approximately 2 meters high and well preserved. They are the oldest known dated stone walls in Scandinavia north of Denmark. 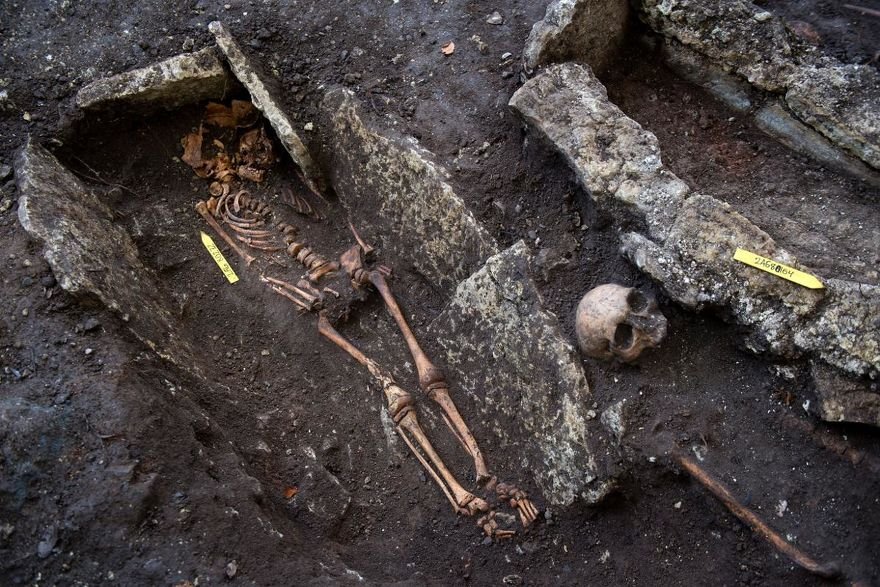 Building of churches in this part of Sweden became popular in the twelfth century, adding that having a church, preferably with stone walls, “must have been the ultimate status symbol in eleventh-century Scandinavia.” 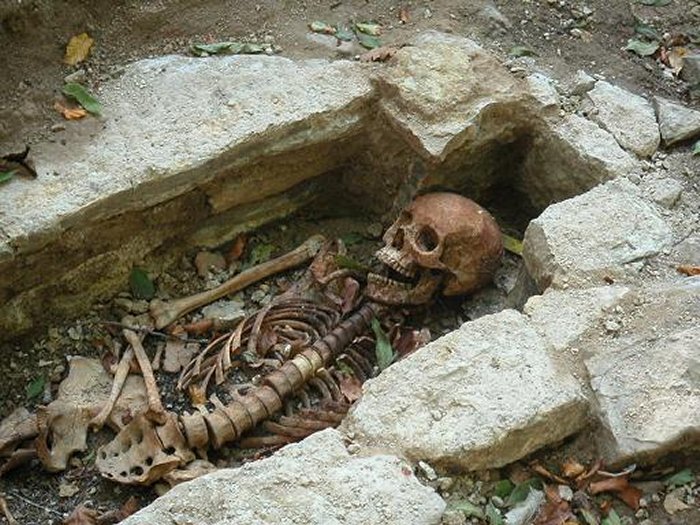 Some years ago, archaeologists discovered runestones on engraved on tombstones in the churchyard. One of them says, “Kättil erected this stone in memory of his wife, Kata, Torgil’s sister.” 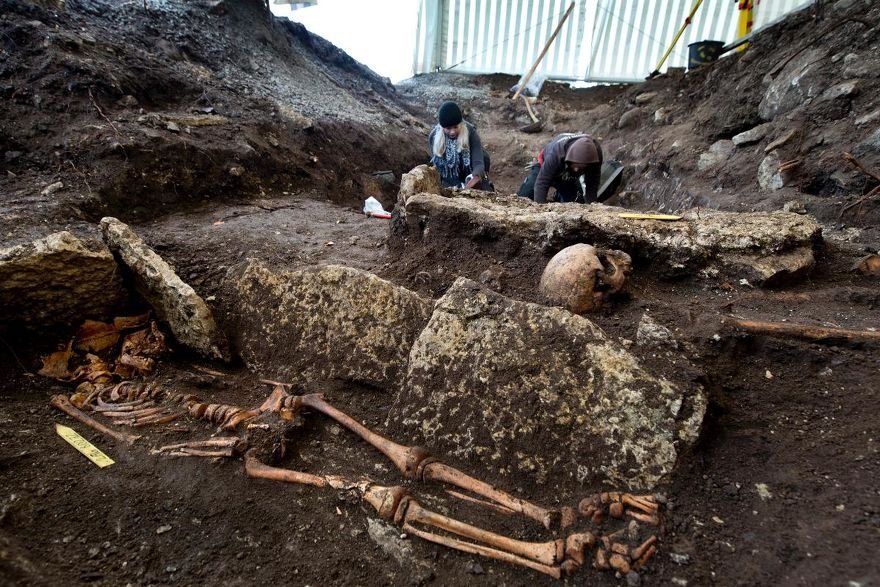 Around the church, there is a large Christian burial site with at least two thousand graves, with the females buried on the northern side and males on the southern. This was a common practice in Scandinavia during the Middle Ages.

The skeletons were found just in the vicinity of an old stone church facing down towards Varnhem Abbey. According to archaeologist Maria Vretemark several more elaborate tombs were found in the area previously. This indicates that people who lived in the region of importance.

Family members of the farm’s owner were buried next church, then the workers and at the end the slaves.

Maria Vretemark has sent DNA samples from the skeleton remains for analysis. Her goal is to find out if her suspicions that the early Varnhem residents had close contact with the Danes and the English are correct.

The results of the DNA tests will give new insight into when and how Christianity became established in south-west Sweden.