Ellen Lloyd – MessageToEagle.com – The Vatican has announced its wartime archive will now be opened. Historians will be able to study and uncover previously hidden details about Pope Pius XII, one of the most controversial popes in history.

Pope Pius XII (1876 – 1958) was head of the Catholic Church from 1939 to 1958, a horrifying period in Europe’s history that covered World War II, including the Holocaust. While the Vatican was officially neutral during World War II, Pope Pius XII never publicly condemned the Nazi regime. 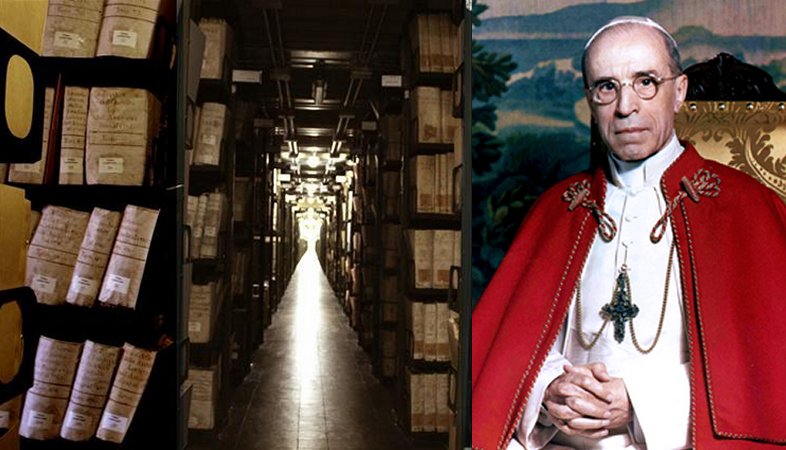 His leadership of the Catholic Church during the war, including allegations of public silence and inaction about the fate of the Jews, remain the subject of controversy.

Will Vatican’s secret historical documents cast an even darker light on Pope Pius XII or will new evidence emerges that may offer clarity on what the Pope and the Church did and didn’t do in the face of the greatest moral challenge in the history of Europe?

The Name Vatican And Etruscan Goddess Vatika Of The Underworld – What Is The Connection?

Story Behind The Two Keys On Vatican’s Flag

Historians have long argued about the actions undertaken by Pope Pius XII. Many think he didn’t bother to protect or even speak in the name of the Jews during the Nazi Holocaust. Critics of the late Pope argue that with his considerable moral authority, speaking out against the Nazis could have influenced German Catholics away from the regime.

The controversy has given rise to dozens of books, including bestsellers like 1999’s “Hitler’s Pope,” by John Cornwell.

Other scholars claim Pope Pius XII did all he could when facing the horrors during the WW II.   His supporters defend him by saying that any criticisms uttered by Pope Pius XII could have endangered Catholics throughout Europe.

The Vatican’s archives on Pope Pius XII will be unsealed on March Researchers will be able to delve into a wide variety of topics, and perhaps this controversial question will be resolved soon. The Vatican hopes the historical documents will speak in the late Pope’s favor. 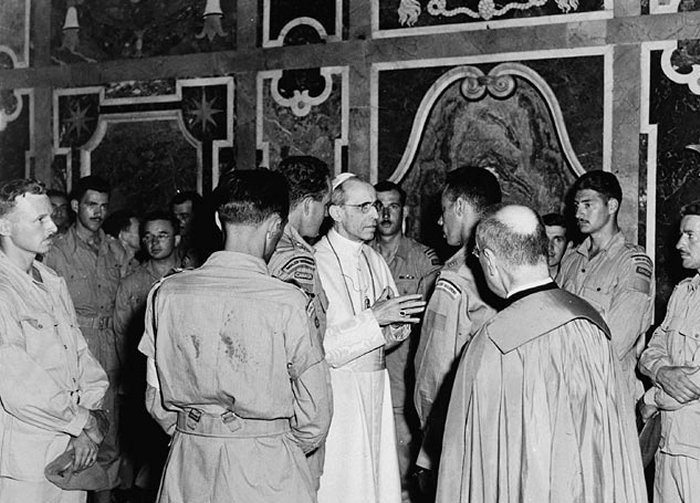 “The opening of the archives is decisive for the contemporary history of the church and the world,” Cardinal Jose Tolentino Calaca de Mendonca, the church’s archivist, and librarian, told reporters on Thursday.

“From religious history to political history, from the government of the church to the relations of the Holy See with states and the international community,” said the cardinal.

France 24 reports, “one hundred and fifty researchers from around the world have already requested access to the archives, said Bishop Sergio Pagano, who heads the Vatican’s central “apostolic archives.”

First to be served will be those from the American Holocaust Memorial Museum and representatives of the Jewish community in Rome, he said. Researchers will compete all year long for about 20 places available in the central archives.”

Whether this historical exposure will benefit Pope Pius XII’s reputation or not remains yet to be seen.