Question: What Is The Codex Mendoza?

Answer: The sixteenth-century Codex Mendoza in three parts, is an extraordinary document, for aesthetic, formal, and historical reasons.

It’s among several codices, used by the secular authorities to make a summary of life under the Aztec empire for the use of the first viceroy of New Spain, Antonio de Mendoza.

The Codex Mendoza (begun in 1541) recorded information about the Aztec empire, the lords of Tenochtitlan, all Aztec rulers and their conquests, an account of life “from year to year” and the tribute paid to the Aztecs. It also included glyphic or symbolic visual codes, a summary of cultural ranks and behavior expected from men and women at different stages of life; and a list of monthly religious observances.

See also: Codex Washingtonianus Contains A Passage Not Seen In Any Other Biblical Manuscript

The images in the document were often annotated in Spanish by a priest that spoke Nahuatl, the language spoken by the Nahuas (the ethnic group to whom the Aztecs belonged).

Viceroy Mendoza intended to send the Codex to the Spanish King, Emperor Charles V of Spain, but it never reached Spain. French pirates acquired the Codex and it ended up in France.

The document is a key source for our understanding of Aztec culture and society, and it is also important because so few codices survived the conquest.

The Codex Mendoza was painted on European paper and bound in European style, unlike the indigenous pre-Columbian books of Mexico, which were painted on bark paper or deer skin and folded like a screen.

The document is considered by many as the first Latin American testimony (‘ testimonio’). 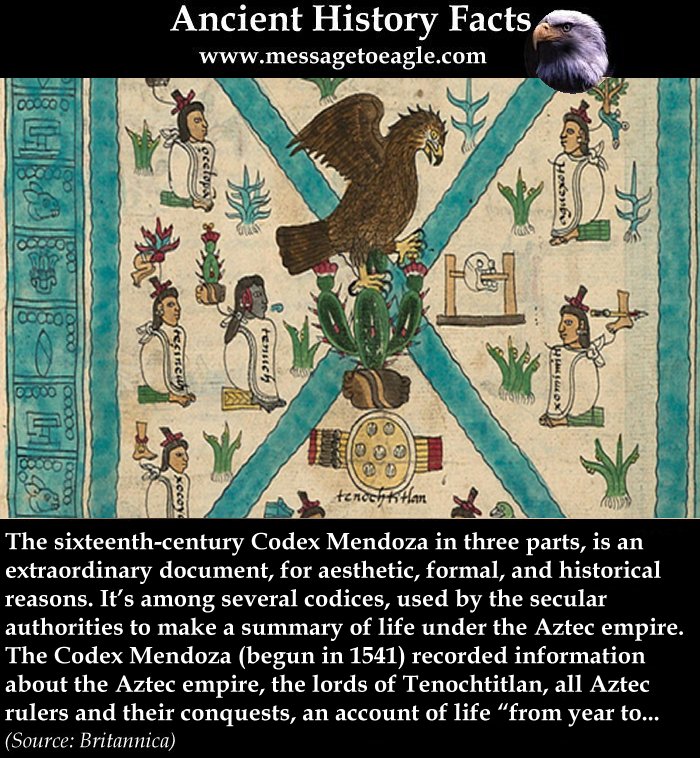