MessageToEagle.com – More and more scientists are convinced our world is surrounded by a number of parallel worlds that are invisible to the naked eye. Although, no-one has so far been able to prove that our Universe is only one of many, there are a number of clues that suggest parallel universe do exist.

Some of these clues are based on scientific evidence, but there are also certain unusual and unexplained events that indicate we cannot dismiss the “multiverse” theory easily. 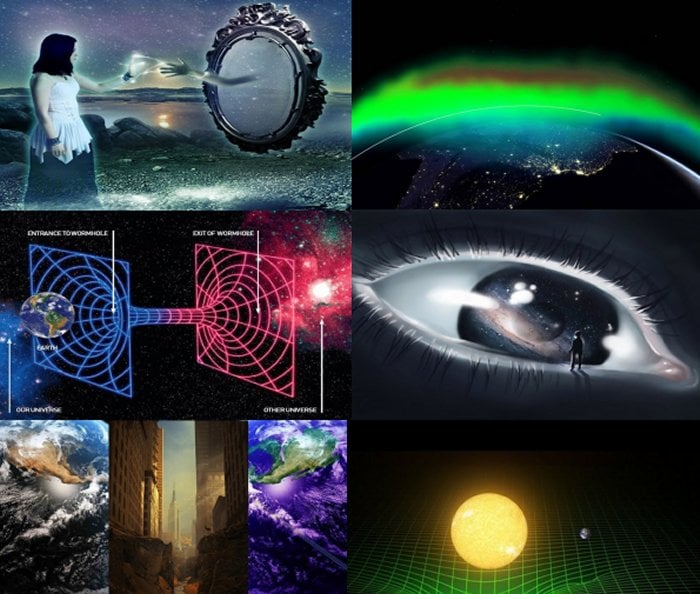 In this article we examine some of the clues we have encountered so far, but it must be added this is by no means conclusive evidence. Conclusive proof of extra hidden dimensions and evidence of parallel universe would undoubtedly be a major breakthrough in physics and cosmology. It could mean that faster-than-light travel might possible and our existing laws of the universe had to re-written.

1. Mysterious Ripples In Space-Time May Offer Proof Of Parallel Universes 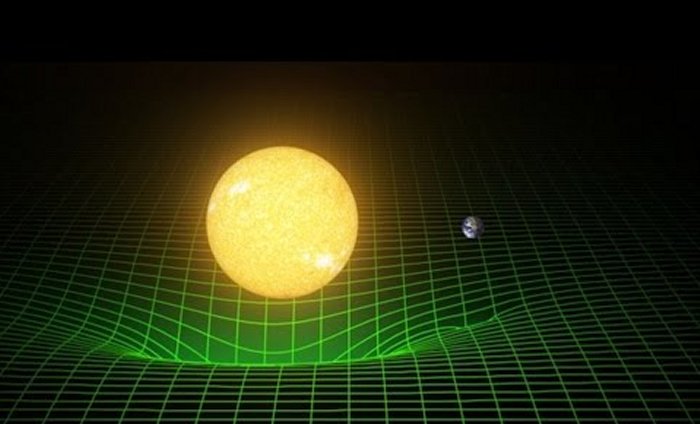 Finding evidence of parallel universes is very challenging. Scientists have hoped that the Large Hadron Collider (LHC) might reveal evidence of their existence, but so far definitive proof has not been discovered with the LHC. Physicists have studied gravitational waves, ripples in space-time caused by the motion of massive objects and now they suggest these waves might allow for a single, coherent theory of the universe. Basically, this means that signs of extra dimensions may reveal themselves in the way they impact gravitational waves.

2. Black Holes Could Be Gateways To Parallel Universes 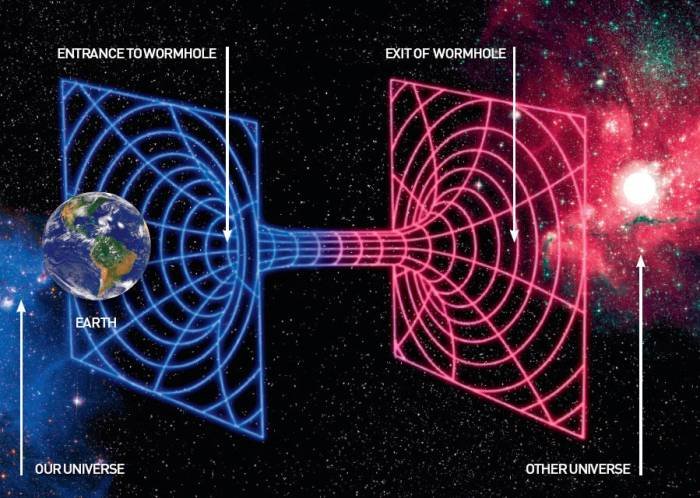 The idea that black holes could be gateways to parallel universe has been a popular science fiction topic for long, but it is scientifically possible?

According to Stephen Hawking, renowned theoretical physicist and cosmologist mysterious, destructive, dark parts of the universe could answer one of the most puzzling paradoxes of physics – the existence of parallel universes.

Stephen Hawking has argued in favor of the parallel universe theory for many years. It has previously been assumed that anything that falls into a black hole would be destroyed and lost forever, but Hawking is of a different opinion.

Hawking suggests the black holes are not as black as previously thought. In his opinion it is highly possible that something fall through black holes, without being destroyed and enter a parallel universe.

To explain how information can escape from a black hole is a challenge. Stephen Hawking calculated that black holes eventually must end. According to his calculations, the black holes eventually begin to leak information and eventually explode, which would release the trapped particles in any form. “That way out wouldn’t take people back to where they’d come from, he said. Instead, they would reappear, but somewhere else – perhaps even in an alternative universe. Read more:

3. A ‘Mirror World’ Could Be Hiding Behind Dark Matter

The possibility that there could be a mirror world hiding behind dark matter would rewrite our understanding of the Universe.

Dark matter is one of the great mysteries of the universe. No one knows what it consists of and no one has seen it, because it doesn’t interact with the matter scientists know about.

Many scientific labs are trying to detect dark matter, since the Earth is moving in a cosmic wind of dark matter. A final identification of what makes up the enigmatic dark matter would open up whole new areas of research including the possibility of multiple universes and other dimensions, physicists say. Read more:

4. South Atlantic Anomaly – Could Black Holes On Earth Be Portals To Parallel Universes? 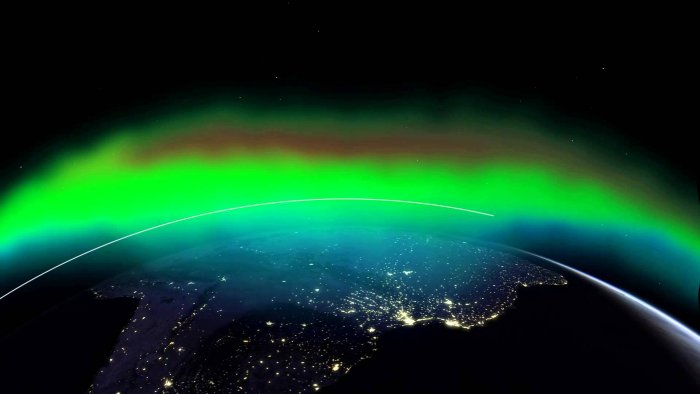 Vortices on our planet are similar to black holes. Scientists have discovered that each vortex boundary in a turbulent fluid contains a singularity, just like an astrophysical black hole.

The South Atlantic Anomaly (SAA) refers to the area where the Earth’s inner Van Allen radiation belt comes closest to the Earth’s surface. This leads to an increased flux of energetic particles in this region and exposes orbiting satellites to higher than usual levels of radiation. The effect is caused by the non-concentricity of the Earth and its magnetic dipole, and the SAA is the near-Earth region where the Earth’s magnetic field is weakest.

An intriguing possibility is that such remarkable vortices could be gateways to parallel worlds or other dimensions… Read more:

5. Mystery Of The Mandela Effect: Are ‘False Memories’ Proof Of Parallel Universes? 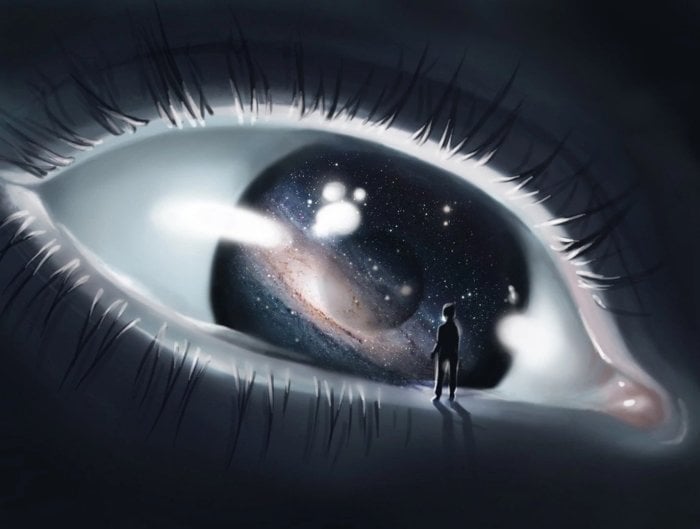 A controversial and intriguing theory suggests that ‘false memories’ could be proof of parallel universes.

Scientists are naturally divided on this topic and most think false memories are a result of how we misremember things. Yet, perhaps there is more to it than we are aware of. It has been suggested that people are sliding between multiple universes and that’s how we can create very odd memories of something we have never seen or heard in this world.

Basically, the Mandela Effect refers to a phenomenon in which a large number of people share false memories of past events, referred to as confabulation in psychiatry. Some have speculated that the memories are caused by parallel universes spilling into our own, while others explain the phenomenon as a failure of collective memory. Read more:

Have you ever had a déjà vu experience? It’s the feeling, or impression that you have already witnessed or experienced a current situation.

It is a rather common, yet little understood phenomenon. Most of us have experienced being in a new place and feeling certain that we have been there before, but we have difficulties understanding how it is possible.

In recent years, as more scientists began studying this phenomenon, a number of theories about déjà vu have emerged, suggesting that it is not merely a glitch in our brain’s memory system.

Psychologists have suggested that déjà vu may occur when specific aspects of a current situation resemble certain aspects of previously occurring situations.

If there is a lot of overlap between the elements of the new and old situations, we get a strong feeling of familiarity.

Alternative explanations associate déjà vu with prophecy, past life memories, clairvoyance, or a mystic signpost indicating fulfillment of a predetermined condition on the journey of life.

Whatever the explanation, déjà vu is certainly a phenomenon that is universal to the human condition, and its fundamental cause is still a mystery.

Another intriguing possibility is that there is a hidden connection between déjà vu and the existence of parallel universes. According to Dr. Kaku, quantum physics states that there is the possibility that déjà vu might be caused by your ability to “flip between different universes”.

Weinberg says that there are an infinite number of parallel realities coexisting with us in the same room. Read more:

7. Are Some Of Our Dreams Glimpses From A Parallel Universe? 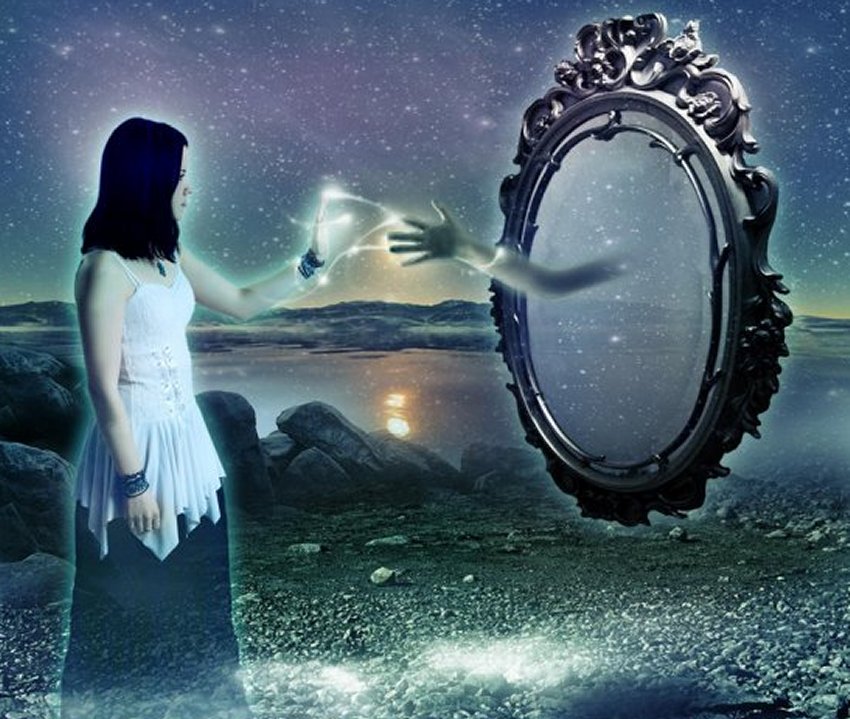 In this world there could be a copy of yourself making different decisions and seeing places that somehow later manifest themselves in your dreams.

For thousands of years people have wondered about the meaning of dreams. Why do some people dream about future events? Why are some dreams full of hidden meaning?

Can some of our dreams be glimpses of events taking place in an alternate reality, a parallel Universe?

For almost a hundred years science has been haunted by a dark secret: that there might be mysterious hidden worlds beyond our human senses.

Mystics had long claimed there were such places. They were, they said, full of ghosts and spirits. The last thing science wanted was to be associated with such s uperstition, but ever since the 1920s physicists have been trying to make sense of an uncomfortable discovery. When they tried to pinpoint the exact location of atomic particles like electrons they found it was utterly impossible. They had no single location and this is one of the reasons why scientists are becoming more and more interested in the possible existence of parallel worlds.

The only explanation which anyone could come up with is that the particles don’t just exist in our Universe. They flit into existence in other universes, too and there are an infinite number of these parallel universes, all of them slightly different. Read more:

8. Stories About People Who Entered A Parallel Universe 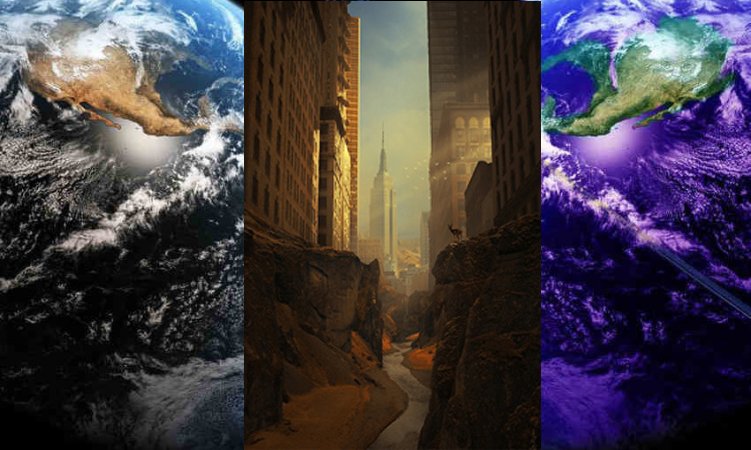 There are many strange stories about people who vanished into thin air never to be seen again. Did these people enter a parallel world? For example, many years ago, El Tiempo, one of the largest newspapers in Venezuela reported about a very strange and unexplained disappearance of a Professor who simply vanished in from of many people. He was never seen again. Read more:

What is unusual and almost unheard of is that someone who lives in unknown realms suddenly enters our universe. To them, and their ‘universe of origin’ our world would be the parallel universe.

This is exactly what happened to Lenia Barcía, a woman from Spain who suddenly felt everything around her was wrong. Read more:

The theory that parallel universe could exists is fascinating and hopefully, we learn more about this intriguing subject in the near future.