Conny Waters – MessageToEagle.com – It’s not unusual to find ancient silver or gold coins in Europe.
Often related to a turbulent year of civil war, or escape from the approaching enemy, the coins are the most common artifacts found on this continent. 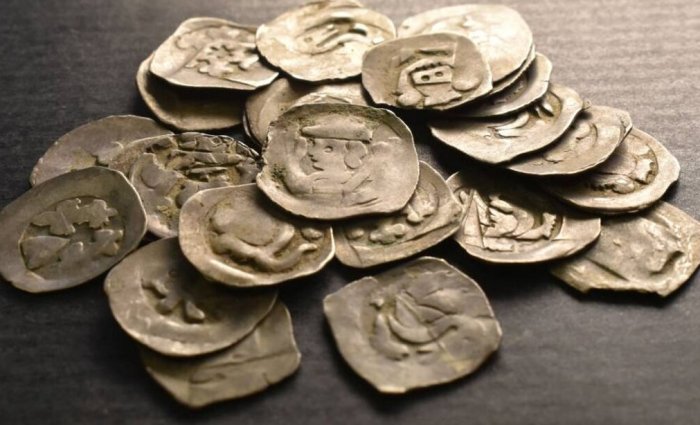 Among others, many such coins were accidentally discovered in Slovakia. Not long ago, a unique treasure of 500 coins was found kept in a ceramic mug and covered with a small stone slab, under the original stone floor of the Church of the Rosary of Our Lady in Obišovce, in the district Košice, Slovakia.

Also, a number of silver coins and two golden ones dated to the 15th and 16th centuries were accidentally found near Likavka, Slovakia. According to archaeologists, these coins are probably linked to the turbulent year of civil war between Ferdinand of Habsburg and John Zápolya, both interested to gain the Hungarian throne. 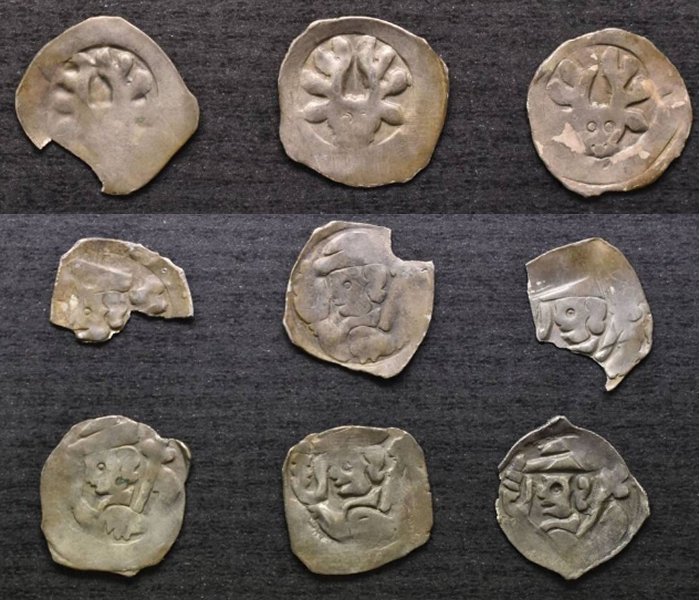 Recently, The Slovak Spectator reported the discovery of a hoard of silver coins dated to the 13th and 14th centuries under an uprooted tree near Pieštany, a town located in the western part of Slovakia.

At the site of the discovery, the workers from the Regional Monuments Board (KPÚ) in Trnava,  found 147 middle-age silver coins after searching with a detector. The coins were mostly Wiener pfennigs (discoveries of pfennigs are not uncommon) but there are also Hungarian imitations of Wiener pfennigs that were minted in the years 1251 and 1330.

The coins were probably stored in a leather or fabric wrapper,  but there were no traces left of the wrapper, according to Matúš Sládok of KPÚ Trnava. 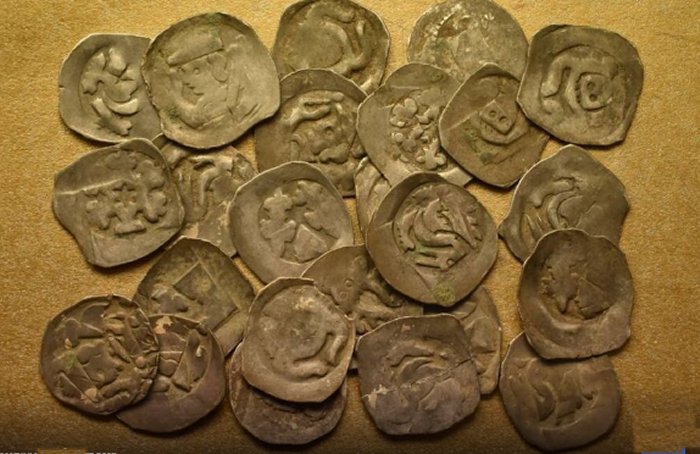 The coins depict various motifs, such as mythical creatures, Christian symbols, and animals. They are from 0.5 to 0.6 inches in diameter and went out of circulation in the mid-14th century.

Mass findings of pfennigs, which were hidden during the mid-14th century, are not uncommon, according to Sládok, who explained that owners of the coins often used to hide ‘their movable property, especially finances, in unstable times when they were trying to protect it from enemies and robbers.’

The fact that these coins were discovered means that the owners probably died or forgot to unearth their hidden coins, explained Sládok, adding that an expert will estimate the value of the discovery.