MessageToEagle.com – Ancient ruins and mounds of Mesopotamia have revealed many precious artifacts, thousands of tablets, statuettes, and various other treasures which are now in the Louvre.

Among them there is a statue carved in hard diorite, which depicts the ruling prince, or king-priest of the city of Lagash. 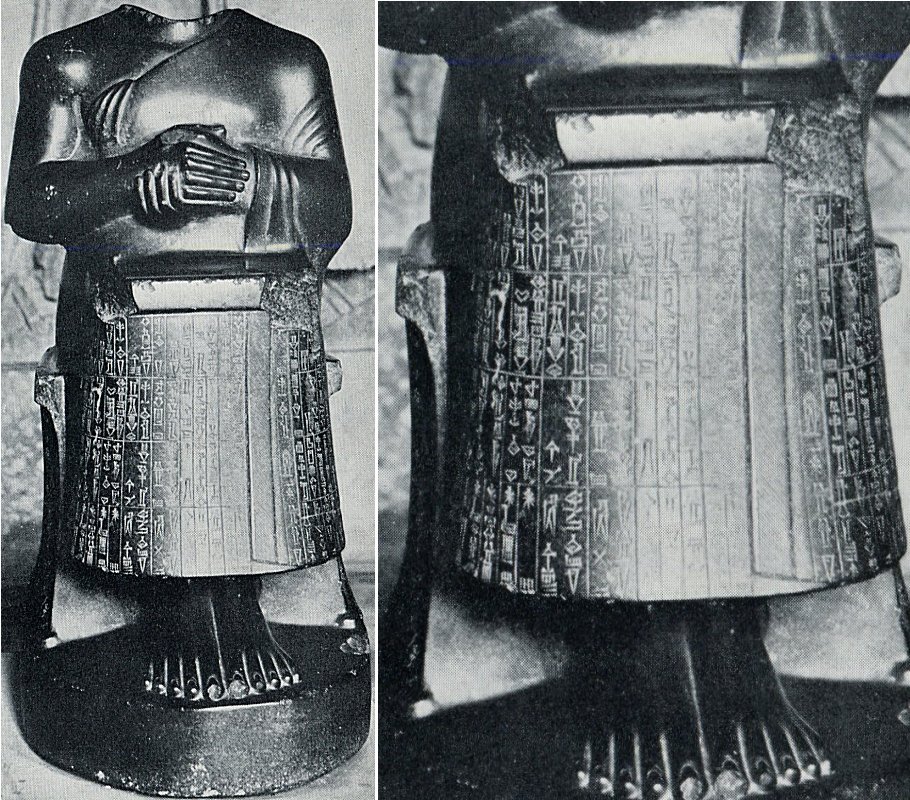 Statue of Gudea, the ruling prince, or king-priest, of the city of Lagash, carved in diorite. Credits: Louvre Museum, Paris

The statue is particularly interesting because it was carved in a style, which was unknown in Mesopotamia at that time.

This fascinating masterwork in diorite and some other valuable artifacts were dated back to 4000 and 3000 BC.

After two centuries of rule, the Akkadian Empire ceased to exist and during the succeeding fifty years, local kings ruled independent city-states in southern Mesopotamia.

Impression from a cylinder seal used by Gudea of Lagash – the mighty prince of early Babylonian times.

Among the remains of the ancient city-state of Lagash located in Southern Mesopotamia, there are Sumerian literary hymns, prayers and statues of its kings as well as under the rule of Gudea (ca. 2150–2125 BC) and his son Ur-Ningirsu (ca. 2125–2100 BC).

Lugal-Anne-Mundu: ‘King Of The Universe’ And Powerful Leader Who Restored Sumer To Its Former Glory

King Ur-Nammu – King Of Ur, King Of Sumer And Akkad – The One Who Built The Temple Of Enlil

Inscriptions mention temples built by Gudea in Uruk, Nippur, Adab, Ur and highlight Gudea’s achievements regarding the building of irrigation channels and the creation of valuable gifts to the gods.

Excavations revealed more than two dozen statues depicting Gudea and all of them express his deep religiousness and his many achievements of great value, mainly temple-building and restoration. These carved masterpieces of Sumerian craftsmen express even more, namely dignity, serenity and formality that represent the Sumerian vales.

Gudea possessed great influence in Sumer during his 20-year-long reign; he was usually called ‘King Gudea of Lagash’. However, Gudea preferred to be careful and not to call himself king (‘Lugal’) but rather merely Ensi, (town-king or governor).

This indicates the growing influence of Gudea and his political power in Sumer.

He was succeeded by his son Ur-Ningirsu.

MessageToEagle.com via AncientPages.com All rights reserved. This material may not be published, broadcast, rewritten or redistributed in whole or part without the express written permission of AncientPages.com

(Published with permission from AncientPages.com)

G. Algaze, Ancient Mesopotamia at the Dawn of Civilization