MessageToEagle.com – World’s largest dinosaur footprints have been discovered in the remote Kimberley region of Western Australia. Dubbed “Australia’s Jurassic Park”, footprints belonging to 21 different dinosaurs have been identified at the site so far.

One of the footprints measures nearly 5 feet 9 inches (1.75 meters). It was made by a sauropod and it is believed to be the largest dinosaur track ever recorded.

The discovery does not only give us a better understanding of the history of dinosaurs, but it also confirms the Aboriginal creation story and the journey of a Dreamtime creator being, called Marala, the Emu man. 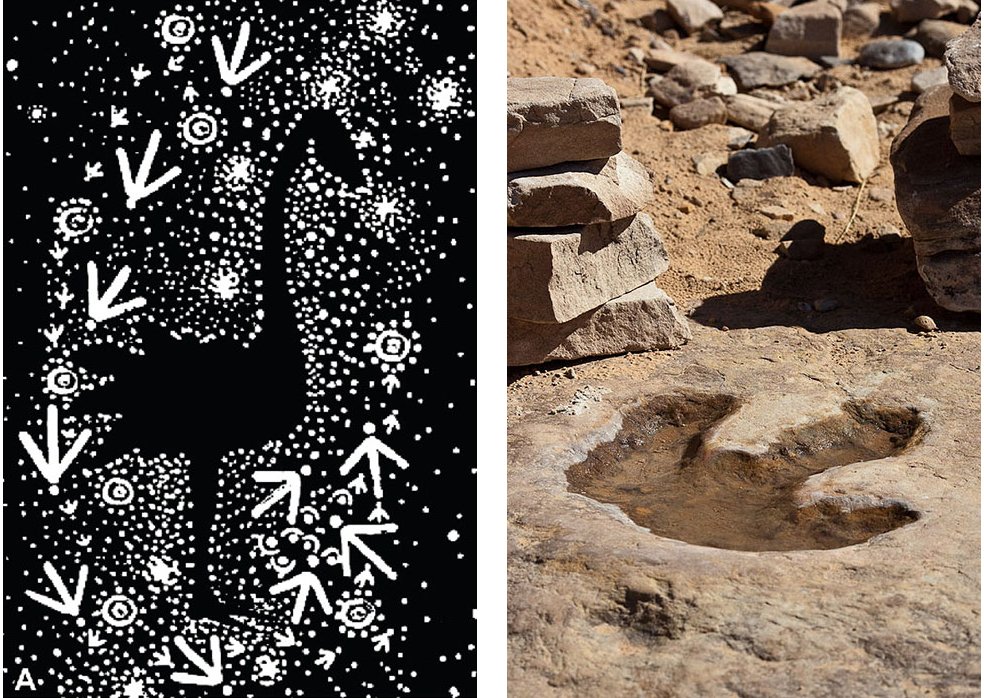 Many Indigenous Australians also refer to the Creation time as “The Dreaming”. According to Aboriginal belief, all life as it is today – Human, Animal, Bird and Fish is part of one vast unchanging network of relationships which can be traced to the great spirit ancestors of the Dreamtime. 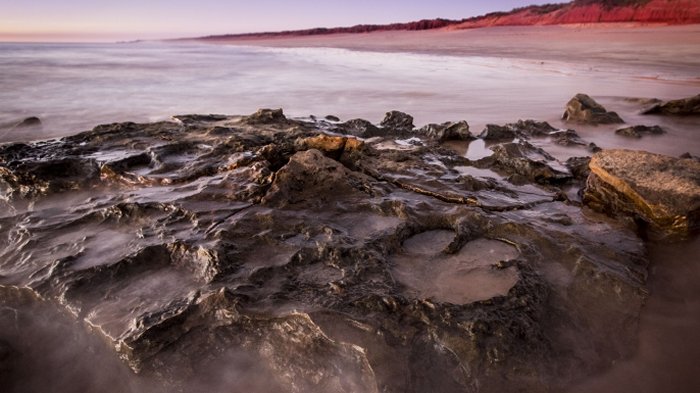 In ancient Aboriginal myths, Marala is described as a mythical being. He was a lawgiver and responsible for giving people code of conduct for good behavior need to keep things in balance. Marala was an Emu Man and he left his impression on the sky and on the sand.

During his journey through the Song Cycle from south to north as well as in and out of the sea, Marala left behind three-toed tracks.  He also left behind the grooved impressions of his tail feathers when he sat down to rest and create his law ground. Today, three-toed dinosaur tracks that are assigned to Megalosaurus broomensis, a theropod and impressions of cycad-like plants serve as evidence of Marala’s journey as narrated in the Song Cycle. 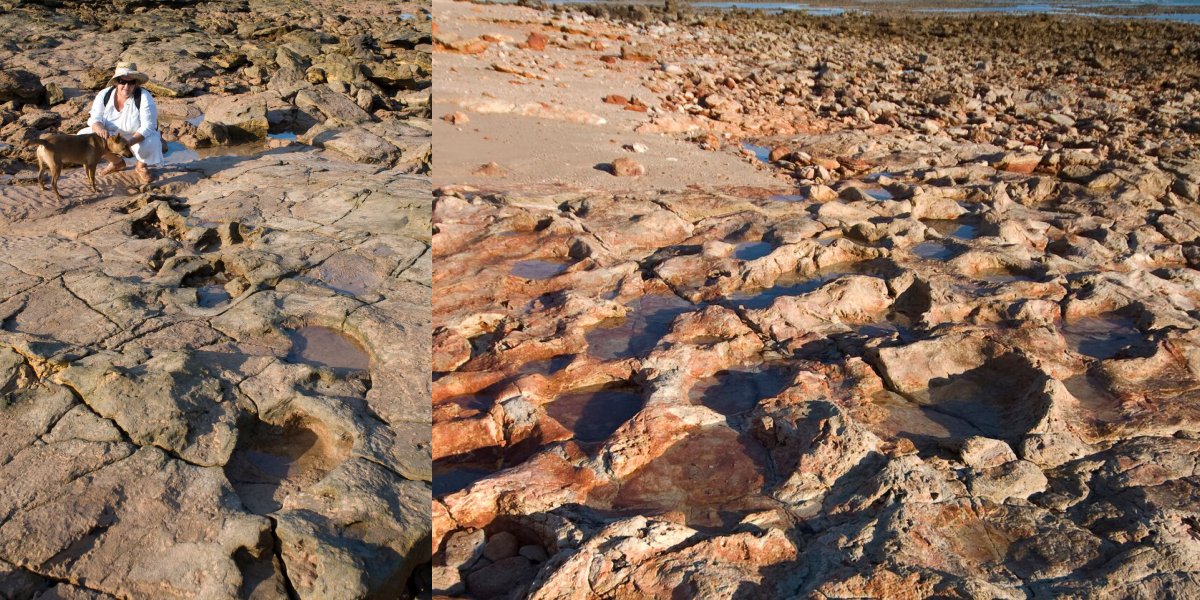 Paleontologists Describe The Site As Australia’s own Jurassic Park

According to Dr. Steve Salisbury from the University of Queensland, the diversity of the tracks around Walmadany (James Price Point) is extremely significant, forming the primary record of non-avian dinosaurs in the western half the continent and providing the only glimpse of Australia’s dinosaur fauna during the first half of the Early Cretaceous Period. 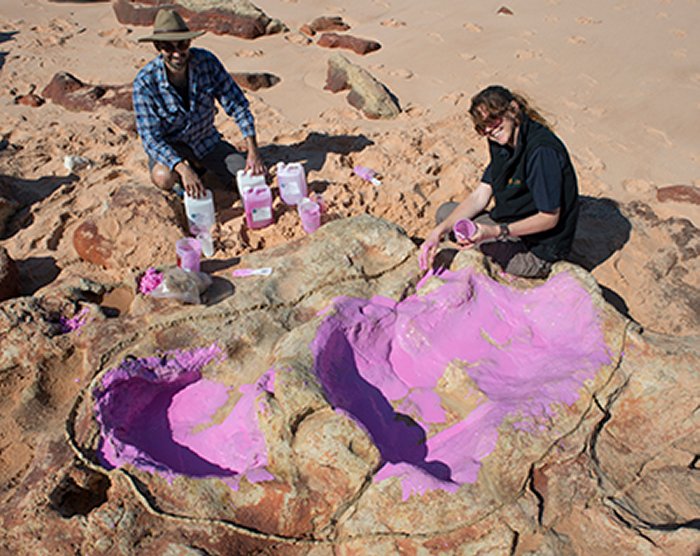 The University Of Queensland