Heyerdahl and his five fellow adventurers sailed from Peru to the Tuamotus, French Polynesia, in a pae-pae raft that they had constructed from balsa wood and other native materials.

They named it the Kon-Tiki. 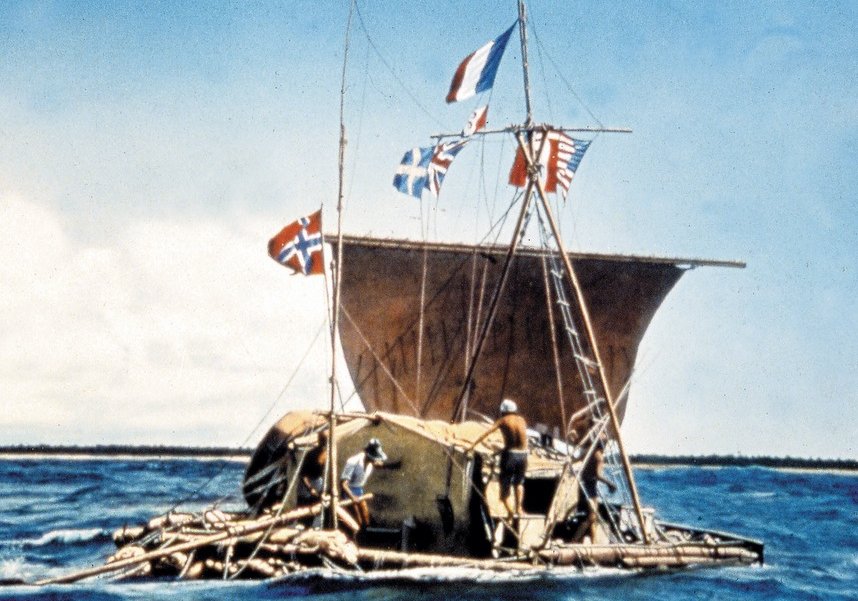 The Kon-Tiki expedition was inspired by old reports and drawings made by the Spanish Conquistadors of Inca rafts, and by native legends and archaeological evidence suggesting contact between South America and Polynesia.

Heyerdahl, who had nearly drowned at least twice in childhood and did not take easily to water, said later that there were times in each of his raft voyages when he feared for his life.

Kon-Tiki showed that it was possible for a primitive raft to sail the Pacific with relative ease and safety, especially to the west (with the trade winds).

The raft proved to be highly maneuverable, and fish congregated between the nine balsa logs in such numbers that ancient sailors could have possibly relied on fish for hydration in the absence of other sources of fresh water.