MessageToEagle.com – In 1957, a complex of caves, crypts,. six chapels, and tombs dated to 9-10th century, was found near Murfatlar, a port on the Danube-Black Sea Canal, Constanta County, Romania.

Ancient cave monastery in Basarabi was dug into the chalky limestone hill at several, different levels, into the vertical walls of the ancient quarry. Between 1924–1965 and 1980–2007, the town Murfatlar (in Turkish, “generous man”) was known as Basarabi and this name is still used in respect to ancient cave complex. 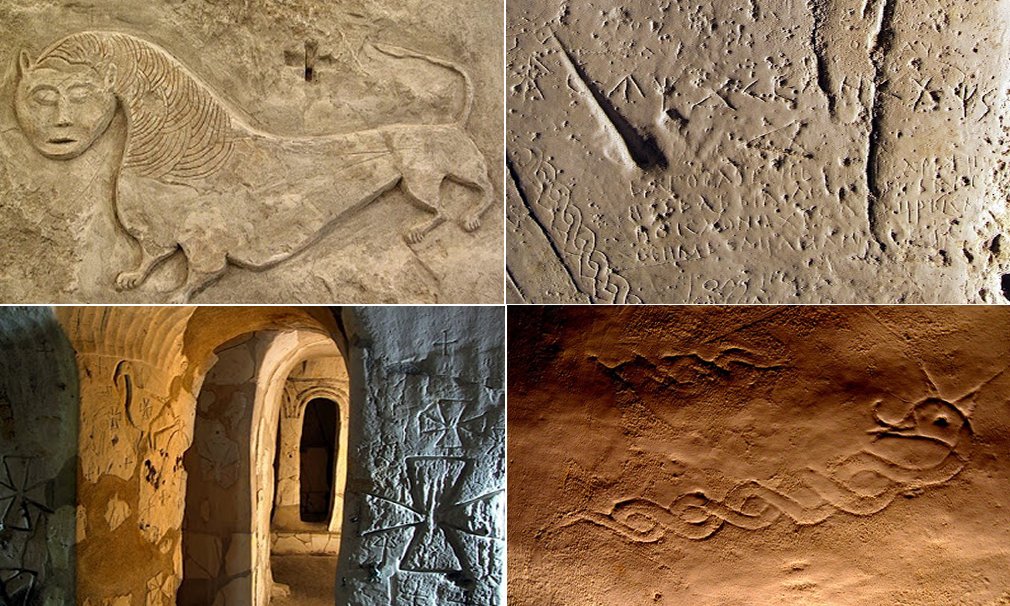 Inscriptions, drawings on the walls of Basarabi Caves

Most of the chamber-walls are covered with overlapping graffiti, including drawings and multilingual inscriptions carved on the walls in Old Slavic, some in Greek alphabet and some in Turkic runes and some in Romanian. There are also runic signs. 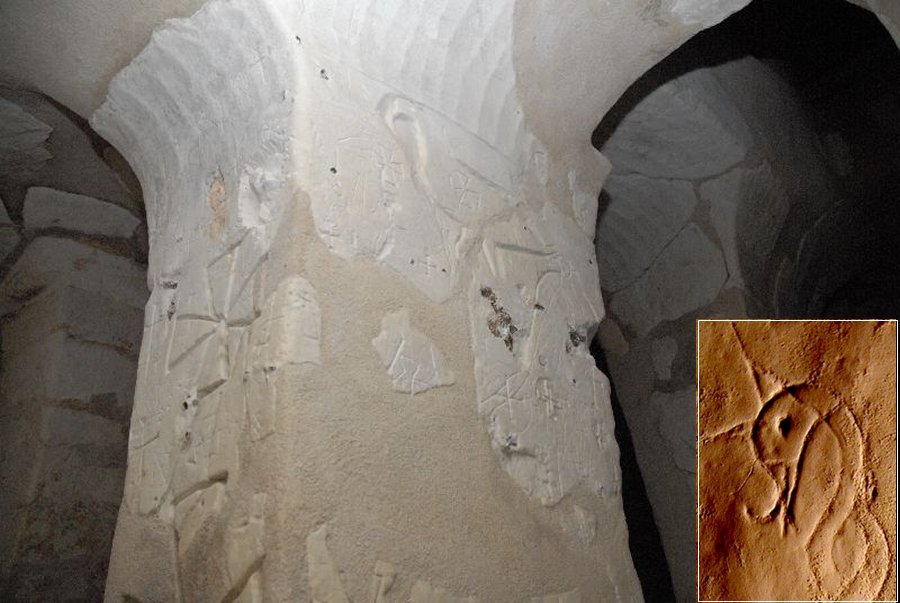 Among the drawings on the walls, there are depictions of animals and men, riders, birds, and Christian symbols.
A large series of drawings is represented by mythical figures of monsters and dragons.

Among the drawings on the walls, there are depictions of animals and men, riders, birds, and Christian symbols.

A large series of drawings is represented by mythical figures of monsters and dragons, along with halberds and an image of a Viking ship depicted on the walls, are all in favor of a northern origin.

During the years 1957-1962, an important monastic complex Basarabi, was discovered, near a big chalk quarry.

Researchers have linked these discoveries to the trade route between Scandinavian areas and Constantinople, known under the name “the route from the Varegs (= Vikings) to the Greek”.

However, they still have difficulty trying to decipher runic texts in Basarabi, due to their fragmentary preservation and the absence of many elements. It is not even known if they were written from left to right or from right to left.

For the time being, the runic writings remain undeciphered.