MessageToEagle.com – Punishment for cheating and bribery in the Olympics of ancient Greece could include fines, public flogging and statewide bans from competition. Ironically, according to ancient Greek mythology, the Olympic Games were also founded by a cheater.

One of the most common myths explaining how the Olympic Games were created involves a prince named Pelops.

The ancient myth tells prince Pelops wished to marry King Oinamoas’ daughter. The King agreed, but only if Pelops participated in a chariot race.  If Pelops won, he got the girl, but if he lost, the king promised to behead him.

Prince Pelops accepted the challenge, but knowing his life was at stake, he secretly started to form a sinister plot to defeat the King. 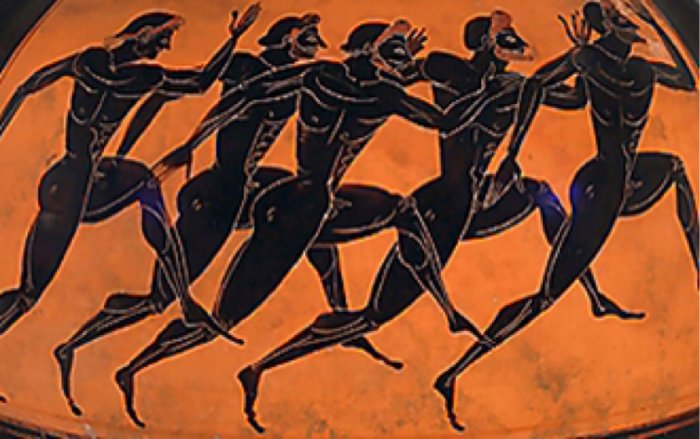 Prince Pelops married the departed King’s daughter and instituted the Olympic Games to celebrate his victory.

The first recorded Olympic Games occurred in 776 B.C., where a cook named Koroibos became the first Olympic champion after winning the only event, a nearly 200-meter footrace known as the “stade,” according to the Archaeological Institute of America.

Over the next century, more sports were added such as boxing and chariot racing.

Cheating has always been part of every sport and this includes even the ancient Olympic Games. 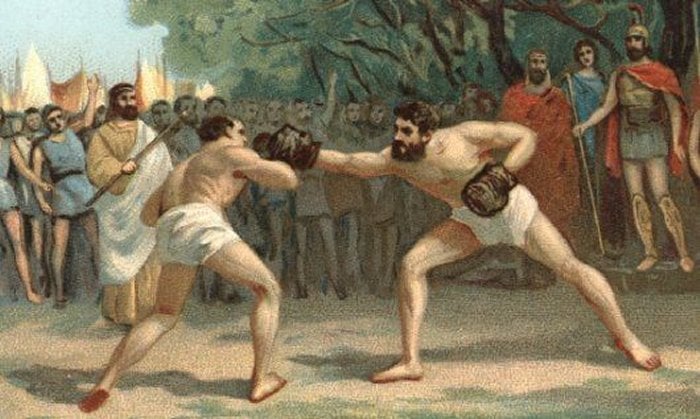 Ancient Olympians did not have performance-enhancing drugs at their disposal, but according to those who know the era best, if the ancient Greeks could have doped, a number of athletes definitely would have. “We only know of a small number of examples of cheating but it was probably fairly common,” says David Gilman Romano, a professor of Greek archaeology at the University of Arizona.

And yet the athletes had competing interests. “Law, oaths, rules, vigilant officials, tradition, the fear of flogging, the religious setting of the games, a personal sense of honor – all these contributed to keep Greek athletic contests clean,” wrote Clarence A. Forbes, a professor of Classics at Ohio State University, in 1952. “And most of the thousands of contests over the centuries were clean.”

Ancient Greeks were undoubtedly creative in their competitiveness. There were many ways how one could win, or so they thought. Some attempted to jinx athletes to prevent their success. According to Romano, “curse tablets could be found in athletic contexts. For instance, strips of lead were inscribed with the curse, then folded up and placed in the floor at a critical part of the athletic facility.”

Curse tablets were a big business in the ancient world. People believed in the power of spells and thought that these magical curse tablets would actually help them to destroy their enemies. But you have to act quickly. It was vital to buy the curse tablet before your enemy came up with the same idea.

By 393 A.D., with Greece firmly under Roman rule, Emperor Theodosius declared the Olympics a pagan festival and banned the games, according to the Hellenic Information Society.

For nearly 1,500 years, the Olympics were all but forgotten until a Frenchman named Baron Pierre de Coubertin proposed the reinstatement of the Olympic Games in 1894. Coubertin succeeded and the modern Olympics were born, with the first competition held in Athens just two years later in 1896.