Conny Waters – MessageToEagle.com  – An international research team has sequenced the genomes of the oldest securely dated modern humans in Europe who lived around 45,000 years ago in Bacho Kiro Cave, Bulgaria.

In their study, they compared their genomes to the genomes of people who lived later in Europe and in Asia, and the results that this early human group in Europe contributed genes to later people, particularly present-day East Asians. 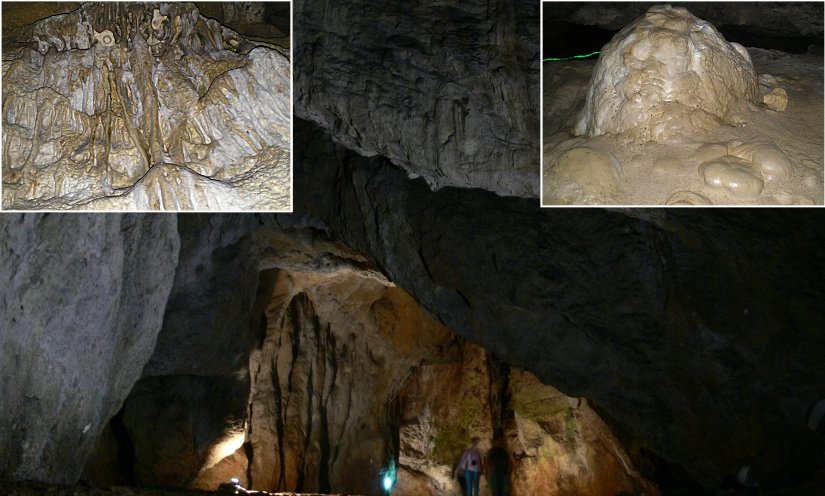 The researchers also identified large stretches of Neandertal DNA in the genomes of the Bacho Kiro Cave people, showing that they had Neandertal ancestors about five to seven generations back in their family histories. This suggests that mixture with Neandertals was the rule rather than the exception when the first modern humans arrived in Europe.

Last year, a research team led by researchers from the National Institute of Archaeology with Museum at the Bulgarian Academy of Sciences and the Max Planck Institute for Evolutionary Anthropology, Germany, reported the discovery of modern human remains found in direct association with the Initial Upper Palaeolithic stone tools at the site of Bacho Kiro Cave – a four-story labyrinth of galleries and corridors with a total length of 3,600 m (11,800 ft), 700 m (2,300 ft) – located in Bulgaria.

The found fossils are considered the earliest known dispersal of modern humans across the mid-latitudes of Eurasia. The site of Bacho Kiro Cave has yielded the oldest human remains ever to be found in Bulgaria. 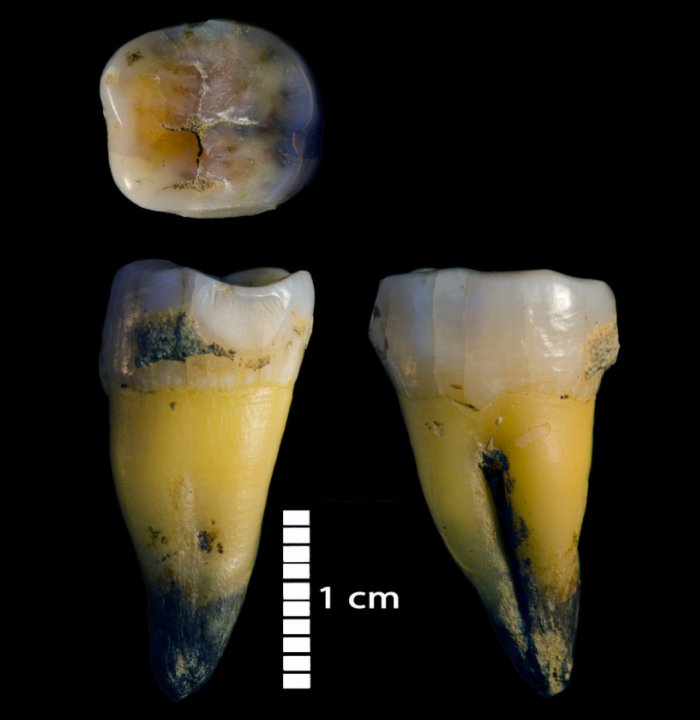 Second lower molar of a modern human found in Bacho Kiro Cave in the Main sector associated with the Initial Upper Palaeolithic stone tools. Genome-wide data from this individual indicates that he had a Neandertal ancestor less than six generations before he lived. Another human fragment from the same individual was found in Layer I in the Niche 1 area of the cave. © MPI-EVA/ Rosen Spasov

Now, the new discoveries document the earliest known Upper Paleolithic Homo sapiens and push back in time the start of this major cultural transition in Europe. Their stone tools unearthed at the site link Bacho Kiro Cave to finds across Eurasia as far east as Mongolia.

Mateja Hajdinjak and colleagues have now sequenced the genomes of five individuals found at the Bacho Kiro Cave.

Four individuals are between 43,000 to 46,000-years-old and were found together with stone tools belonging to the Initial Upper Palaeolithic, the earliest culture associated with modern humans in Eurasia. An additional individual found in the cave is around 35,000-years-old and found with stone tools of a later type. It was previously thought that bearers of the Initial Upper Palaeolithic died out without contributing genetically to modern humans arriving later.

However, the researchers now show that the oldest Bacho Kiro Cave individuals, or groups closely related to them, contributed genes to present-day people. Surprisingly, this contribution is found particularly in East Asia and the Americas rather than in Europe where the Bacho Kiro Cave people lived. These genetic links to Asia mirror the links seen between the Initial Upper Palaeolithic stone tools and personal ornaments found in Bacho Kiro Cave and tools and ancient jewelry found across Eurasia to Mongolia.

Importantly, the later 35,000-year-old individual found in Bacho Kiro Cave belonged to a group that was genetically distinct from the earlier inhabitants of the cave. This shows that the earliest history of modern humans in Europe may have been tumultuous and involved population replacements.

The earliest people at Bacho Kiro Cave lived at a time when Neandertals were still around. The researchers, therefore, scanned their genomes for fragments of Neandertal DNA. 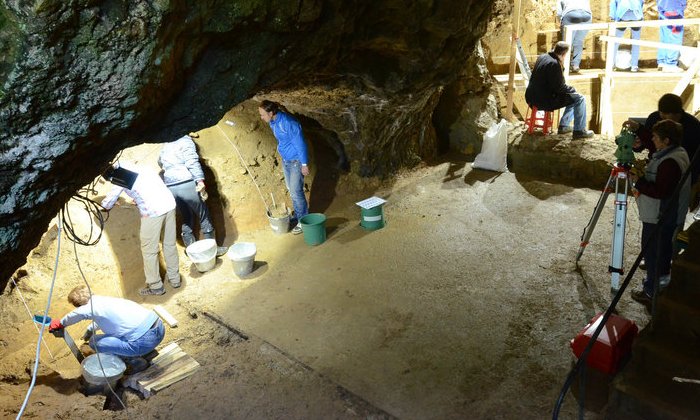 The Niche 1 sector (left) and the Main sector (right) during the excavations of Bacho Kiro Cave, Bulgaria, in 2016. The…  END_OF_DOCUMENT_TOKEN_TO_BE_REPLACED © MPI-EVA/ Nikolay Zaheriev

Although only a handful of genomes from modern humans who lived at the same time in Eurasia as some of the last Neandertals have been recovered, nearly all of them have recent Neandertal ancestors.

“The results suggest that the first modern humans that arrived in Eurasia mixed frequently with Neandertals. They may even have become absorbed into resident Neandertal populations. Only later on did larger modern human groups arrive and replace the Neandertals” says Svante Pääbo, who coordinated the genetic research.