Eddie Gonzales Jr. – MessageToEagle.com – On Friday, November 18, a test using collisions of lead ions was carried out in the Large Hadron Collider (LHC) and provided an opportunity for the experiments to validate the new detectors and new data-processing systems ahead of next year’s lead-lead physics run. 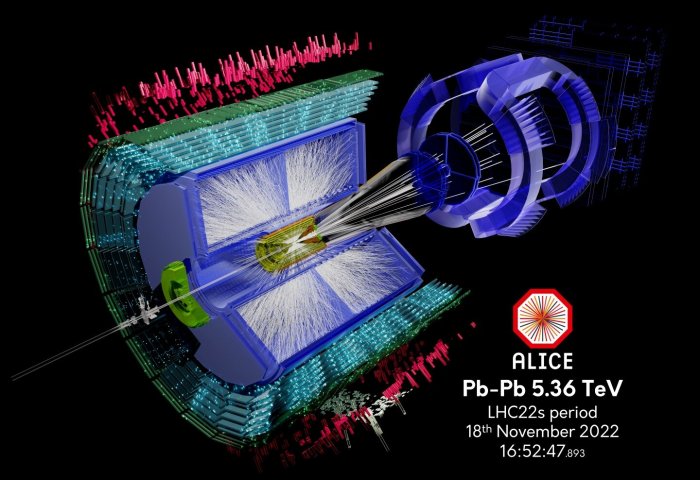 After the successful start of Run 3 in July this year, which featured proton-proton collisions at the record energy of 13.6 TeV, it was the turn of lead nuclei to circulate in the LHC again last Friday after a gap of four years. Lead nuclei comprise 208 nucleons (protons and neutrons) and are used at the LHC to study quark-gluon plasma (QGP), a state of matter in which the elementary constituents, quarks and gluons, are not confined within nucleons but can move and interact over a much larger volume.

In the test carried out last Friday, lead nuclei were accelerated and collided at a record energy of 5.36 TeV per nucleon-nucleon collision. This is an important milestone in preparation for the physics runs with lead-lead collisions that are planned for 2023 and the following years of Run 3 and Run 4. In lead-lead collisions, each of the 208 nucleons of one of the lead nuclei can interact with one or several nucleons of the other lead nucleus.

The CERN ion injector complex has undergone a series of upgrades in preparation for a doubling of the total intensity of the lead-ion beams for the High-Luminosity LHC. Achieving this goal requires a technique called “momentum slip-stacking” to be used in the Super Proton Synchrotron (SPS), where two batches of four lead-ion bunches separated by 100 nanoseconds “slip” to produce a single batch of 8 lead bunches separated by 50 nanoseconds.

This will allow the total number of bunches injected into the LHC to increase from 648 in Run 2 to 1248 in Run 3 and onwards. After all the upgrades have been completed the LHC will provide a ten-fold higher number of heavy ion collisions with respect to the past Runs. 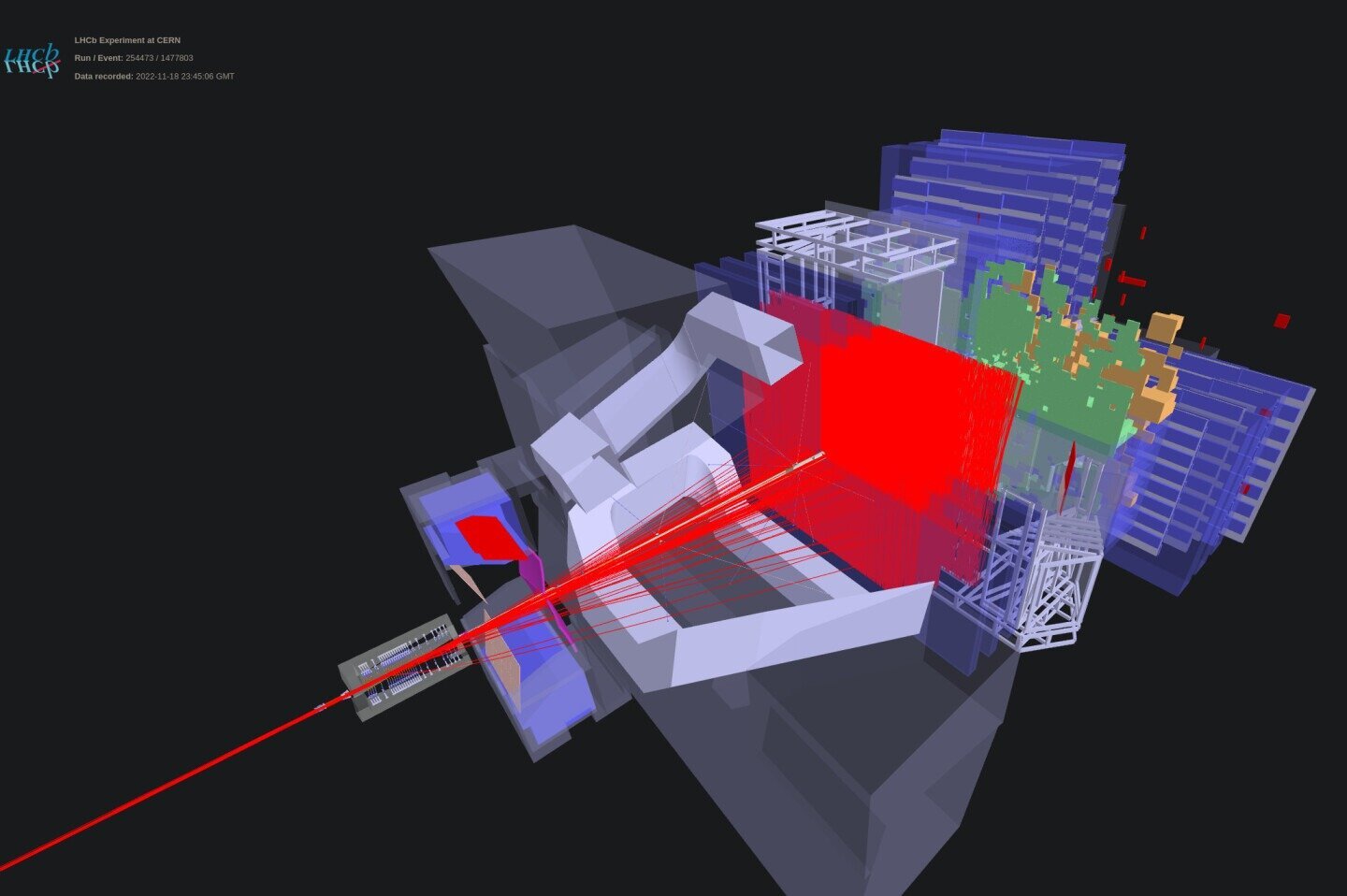 vent display of a lead-argon collision in LHCb. Credit: CERN

The test was also a crucial milestone for ALICE, the LHC experiment that specializes in the study of lead-ion collisions. The ALICE apparatus was upgraded during the recent shutdown of the LHC and now features several completely new or greatly improved detectors, as well as new hardware and software for data processing.

The new detectors provide a higher spatial resolution in the reconstruction of the trajectories and properties of the particles produced in the collisions. In addition, the upgraded apparatus and upgraded processing chain can record the full collision information at a rate two orders of magnitude higher.

Other experiments used the test run to commission their upgraded and newly installed subsystems in the new heavy-ion environment of higher energy and 50ns bunch spacing. ATLAS tested upgrades to its selection (trigger) software, which is designed to enhance heavy-ion-physics data taking in Run 3. In particular, physicists tested a new particle-track trigger designed to spot a wider range of “ultra-peripheral collisions”.

CMS upgraded several components of its readout, data acquisition, trigger and reconstruction chains to be able to take full advantage of the high-energy lead-lead collisions.

The lead-lead fills delivered by the LHC allowed CMS to commission the entire system with beam and spot the areas that could be further optimized for the 2023 heavy-ion runs. LHCb started commissioning its brand-new detector in the challenging conditions of lead-lead collisions characterized by a very large particle multiplicity. In addition to lead-lead collisions, LHCb collected lead-argon collisions in fixed-target mode using the new SMOG2 system, which is unique to the experiment and is designed to inject noble gases into the LHCb collision area.

Even if very short, the 2022 lead-lead program can be considered a success for the LHC accelerator, the experiments and CERN’s heavy-ion injector complex. The four big LHC detectors saw and recorded lead-lead collisions at a new record energy for the first time. Researchers are now looking forward to the heavy-ion physics campaign in 2023 and the following years.