MessageToEagle.com – How on Earth could they “miss” this remarkable ancient fossil?

A giant 400-million-year-old monster worm has been discovered in a museum in Canada.

This ancient animal is in many ways remarkable. The worm possessed the largest jaws ever recorded in this type of creature, reaching over one centimeter in length and easily visible to the naked eye. Typically, such fossil jaws are only a few millimeters in size and need to be studied using microscopes.

Despite being only knows from the jaws, comparison with living species suggests that this animal achieved a body length in excess of a meter.

The fossil has been stored at the Royal Ontario Museum since the mid-1990s. It has now been studied by researchers who describe it as a giant extinct bristle worm (the marine relatives of earthworms and leeches). 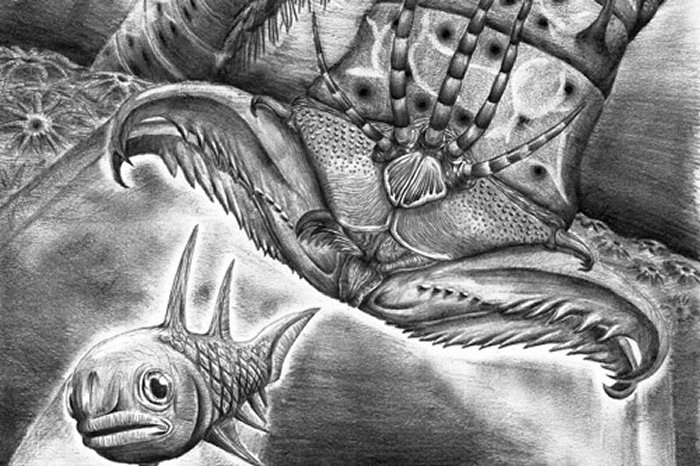 The giant worm can be compared to  ‘giant eunicid’ species, commonly known as ‘Bobbit worms’ which are fearsome and opportunistic ambush predators, using their powerful jaws to capture prey such as fish and cephalopods (squids and octopuses) and dragging them into their burrows.

“Gigantism in animals is an alluring and ecologically important trait, usually associated with advantages and competitive dominance.

Mysterious Ancient Tully Monster Is So Weird It Cannot Be Classified

It is, however, a poorly understood phenomenon among marine worms and has never before been demonstrated in a fossil species.

The new species demonstrates a unique case of polychaete gigantism in the Palaeozoic, some 400 million years ago,” Lead author Mats Eriksson from Lund University said. 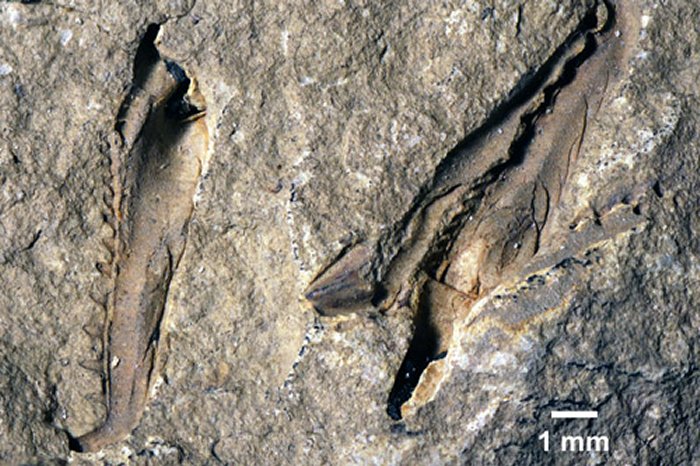 The specimens were collected over the course of a few hours in a single day in June 1994, when Derek K Armstrong of Ontario Geological Survey was dropped by helicopter to investigate the rocks and fossils at a remote and temporary exposure in Ontario.

The species has been named Websteroprion armstrongi in honor of Armstrong, who collected the material, and the remarkable bass player, Alex Webster of Death Metal band Cannibal Corpse, since he can be regarded as a ‘giant’ when it comes to handling his instrument.

“This is fitting also since, beside our appetite for evolution and paleontology, all three authors have a profound interest in music and are keen hobby musicians,” Co-author Luke Parry from the University of Bristol’s School of Earth Sciences said.