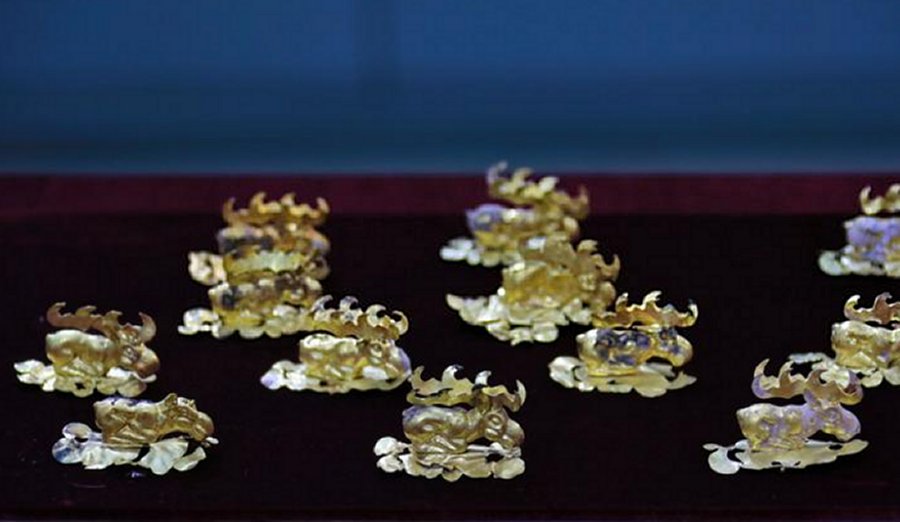 The Eleke Sazy complex is one of the most recent and successful discoveries in archeology in Kazakhstan.

Located in the mountains of Tarbagatai at an altitude of 1,500 meters above sea level, the site has long remained out of sight of researchers. In 2011, archaeologists began to be seriously interested in the area surrounded by stories and rumors that once royal people had been buried on the plateau.

During the 2020 archaeological season, the researchers examined several burial mounds, and despite the fact that archaeologists got objects that had been looted earlier, a treasure was found on one of them, which had 850 fragments of a ceremonial horse harness. 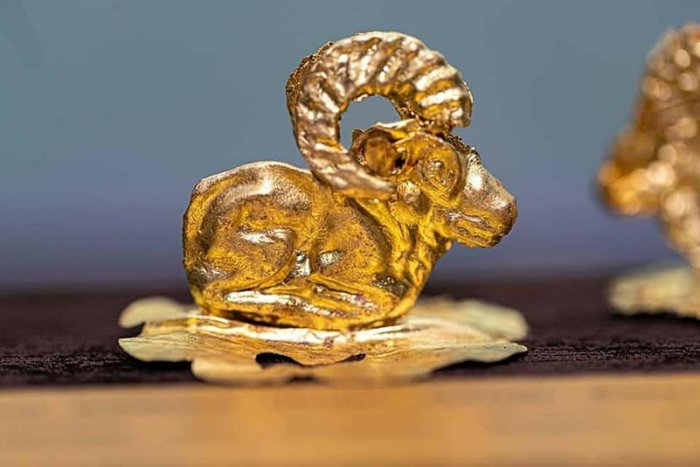 “The treasure was found not in the mound itself, but nearby, under its stone shell,” the head of the archaeological expedition, Abdesh Toleubaev, told YK-news.kz.

The hoard has gold and gilded trims for the harness in the form of deer, griffins and leopards, pendants, thin chains, and appliqués made of gold foil. Some of the fragments have carnelian inserts, and some are made in a sophisticated jewelry technique called “grains”, in which tiny gold balls are soldered onto the base.

“The treasure belongs to the late animal style of the Scythian-Saka era and dates back to around the 5th-4th centuries BC. The central object is a golden figure of a panther, decorated with four bells. Fine and graceful work speaks of the high level of jewelry skill of the ancient inhabitants of our region,” explained Toleubaev. 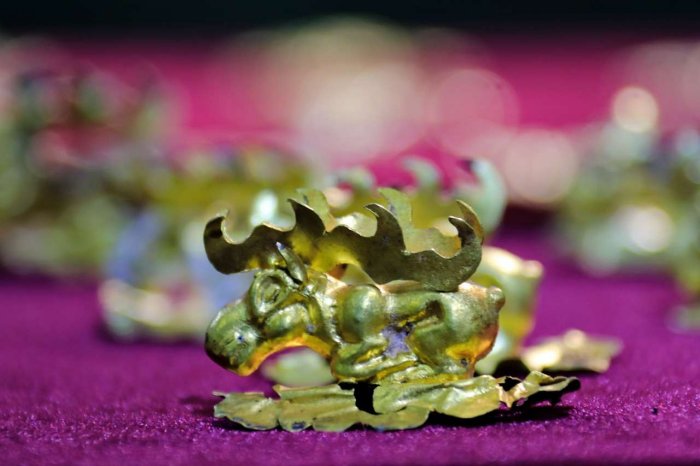 He also said that this year the gold treasure, although the most significant, is not the only find. Archaeologists have collected many fragments of thin-walled ceramics and unearthed an ancient smelter and smithy, where the Iron Age steppe people made jewelry and weapons.

Saka Era (Shakas) belonged to Scythian Ethnic stock. The Shakas into north-western India were displaced from the plains of Syr Darya (Jaxartes) by the Great Yueh Chi tribe (Chinese Tribe) in the 2nd century BC.

The beginning of the Saka Era can be related to the ascent of the king Chashtan, and the period of the Saka Era falls between 11 years and 52 years. According to inscriptions of the king Chashtana, Scythians (Sakas in Indian ancient sources) were a group of Iranian nomadic pastoral tribes. In the second century BC, central Asian nomadic tribes and tribes from the Chinese region invaded the region of present-day Kazakhstan whose inhabitants were Scythians.

This encouraged the Scythians to move towards Bactria and Parthia, and then, after defeating the Parthian king, they moved towards India. Scythians who migrated to India are known as Indo-Scythians.

The Sakas had an Indian kingdom larger than the Indo-Greeks.

Last year exhibition of the “Gold of East Kazakhstan” was successfully held in Moscow. This year, due to the pandemic, the exhibition was postponed to the next year.