MessageToEagle.com – For the first time ever, scientists can confirm that gravity travels at the speed of light. It’s a great and long-awaited moment for astronomers and physicists.

Light obeys a speed limit that is roughly 186,000 miles per second. According to Einstein’s special relativity nothing can travel faster than the speed of light. 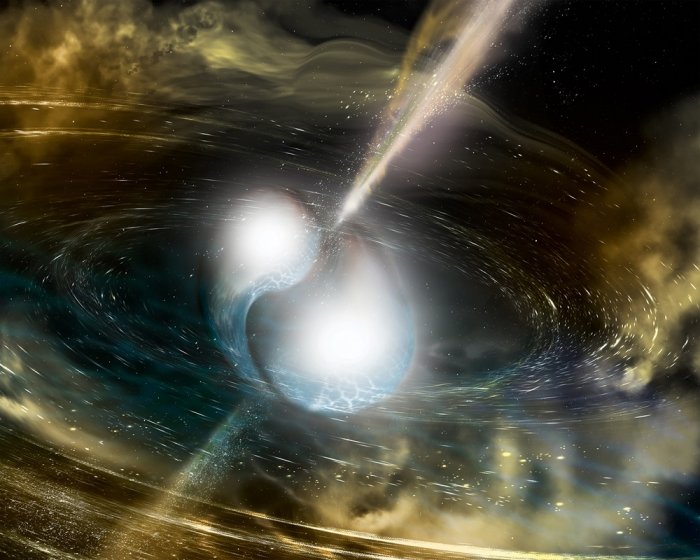 Traveling faster than light is often a popular science fiction subject because if you break the speed of light, you would be traveling back in time.

If you travel close to the speed of light, you experience a phenomenon known as time dilation.

Time dilation is a physics concept that is based on the idea that as you move through space, time itself is measured differently for the moving object than the unmoving object.

As MessageToEagle.com reported in October dead cores of two stars collided 130 million years ago in a distant galaxy and scientists could for the first time ever observed gravitational waves and light waves from the same event.

This observation opened a new fascinating chapter in science and it was also first ever direct confirmation that gravity travels at the speed of light. 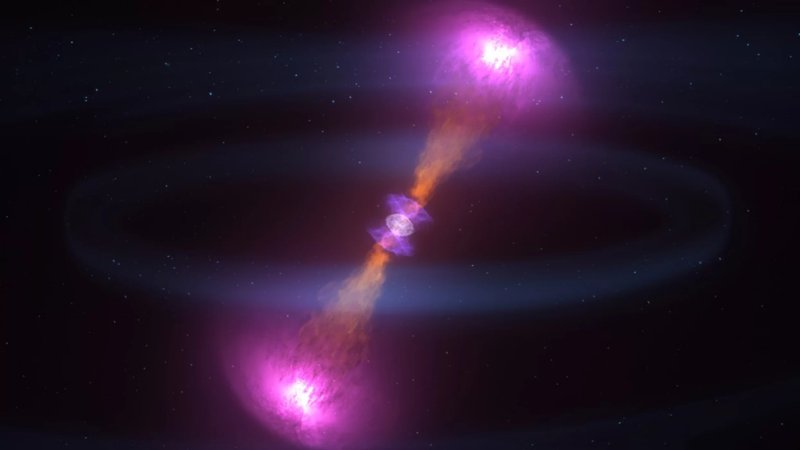 This artist’s illustration shows two neutron stars (bright blue dots in the middle of the image) merging together and creating jets of matter and light. The event was first seen by gravitational wave observatories, and was later studied by light-based observatories. Credit: NASA’s Goddard Space Flight Center/CI Lab

Einstein’s theory is based on the fact that time is relative and changes with speed and in the presence of gravity. This means that any kind of information kind has a finite speed.  It doesn’t matter whether it is a photon — the light-carrying particle — or a graviton, which carries the force of gravity.

“In relativity, there is a ‘speed of information’ — the maximum speed that you can send information from one point to another,” says University of Wisconsin-Milwaukee physicist Jolien Creighton, an expert on general relativity and member of the LIGO team that first spotted gravitational waves.

Is There Anything In The Universe Bigger Than A Galaxy?

One way of picturing this is to pretend the Sun vanished right now.  If this happened, our planet wouldn’t drift into space eight away. It would take eight minutes before Earth would go dark and simultaneously push off in a straight line.

Earth wouldn’t just drift into space instantly. After eight minutes, Earth would go dark and simultaneously push off in a straight line.

On This Day In History: ‘Edict Of Nantes’ About Freedom Of Religion Issued By Henry IV – On Apr 13, 1598