According to ancient beliefs stretching back to antiquity, Gunung Padang is a sacred place. Gunung Padang (literally: Mount Padang, or Mount “Meadow/Field,”), means in the local Sundanese language “Mountain of Light” or “Mountain of Enlightenment.”

Since Dutch colonists discovered it in 1914, Gunung Padang has been known as the largest of a number of ancient megalithic sites in Indonesia. 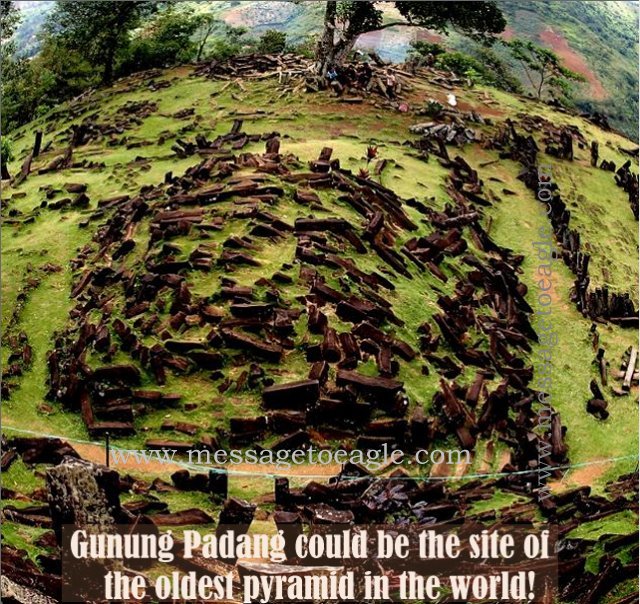 The megalithic complex – arranged across five terraces – is covered with strikingly shaped and massive columns of volcanic rock, in complicated patterns of lines and shapes

Similar columns were used to build the Nan Madol on the island of Pohnpei in Micronesia.

Where was the source of rock columns used to build the complex? The columns – perfectly suited for the creation of even giant structures – represent a unique geological formation, occurring in only a few places in the world.

The place is more than 22,000 years old and man-made, according to Danny Natawidjaja, senior geologist of the Research Center for Geotechnology at the Indonesian Institute of Sciences, who began his a geological survey of this mysterious megalithic site in 2011. 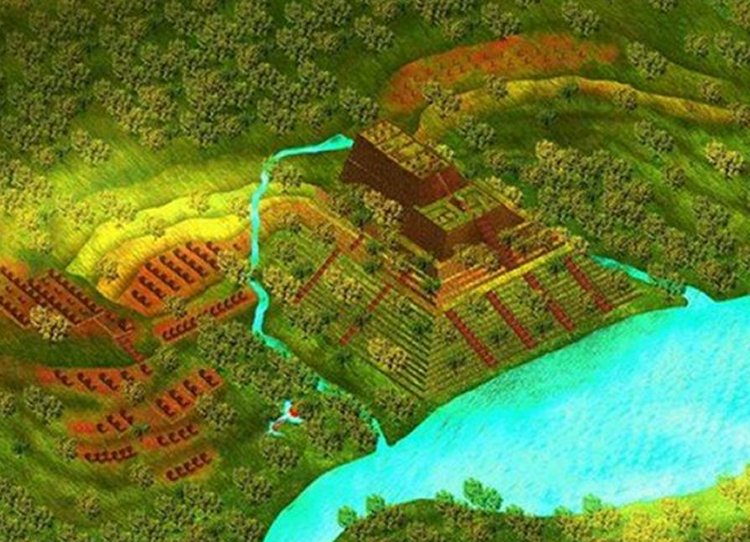 Artist’s impression of Gunung Padang as it would have looked in antiquity. Credits:© Pon S Purajatnika

Analysis of several core samples of the hill and structure have revealed greater and greater age the deeper the researchers looked. From 5000 years, to 8000 years, to 10,000 years and all the way up to a reported 23,000 years old and even earlier!

These unbelievable results of the survey make Gunung Padang the oldest known structure of any kind on Earth, in fact.

“The geophysical evidence is unambiguous,” Natawidjaja says. “Gunung Padang is not a natural hill but a man-made pyramid and the origins of construction here go back long before the end of the last Ice Age.

Since the work is massive even at the deepest levels, and bears witness to the kinds of sophisticated construction skills that were deployed to build the pyramids of Egypt or the largest megalithic sites of Europe, I can only conclude that we’re looking at the work of a lost civilization and a fairly advanced one.” 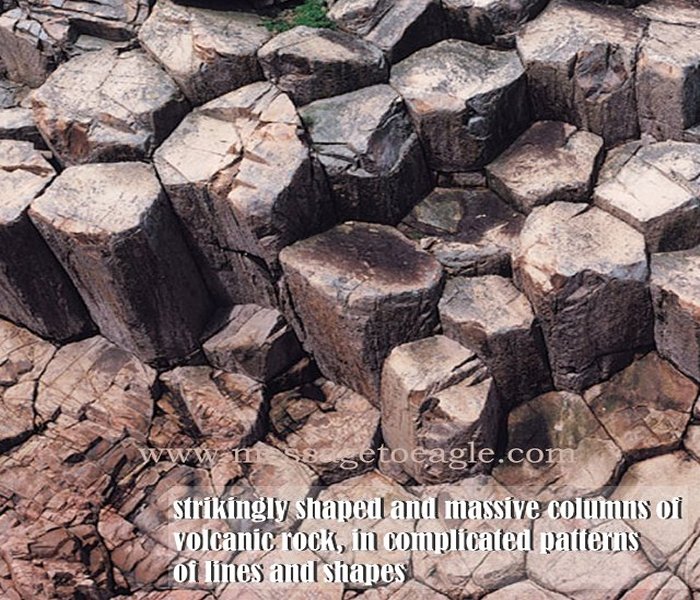 “This was not at all what my colleagues in the world of archaeology expected or wanted to hear” says Natawidjaja, who earned his PhD at Cal Tech in the United States and who, it becomes apparent, regards archaeology as a thoroughly unscientific discipline.”

Natawidjaja also says that primitive man would not have had the ability to build something as complex as Gunung Padang, yet the site could date back to a historical period when population growth and technological development were stagnant.

“Architecture expert Pon Purajatmika corroborated the claim by pointing out the use of a knowledge system in the construction of the site,” reported Jakarta Post. 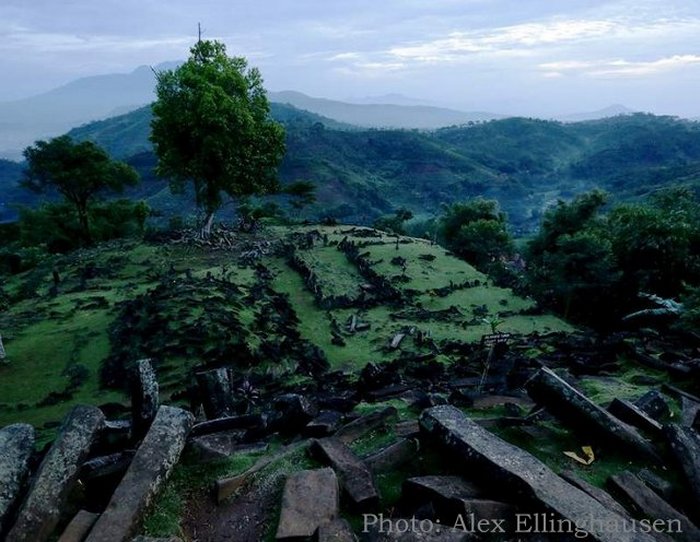 “Without the help of astronomy or knowledge about the surrounding area, the site could not have been built with such precision,” said Pon , suggesting that that Gunung Padang was built in orientation to the stars and the Sun.

If the dating of Gunung Padang is correct, then this megalithic site was constructed when sea levels were as much as 130 meters (430 feet) lower than the present and the current Java Sea was not a sea but fertile land.

A sophisticated culture flourished in the region and it was many millennia ago. Who were these people?What happened to them? Did they manage to escape before the land sank beneath the devastating waves?

On This Day In History: John Dee, English Mathematician, Occultist, Astrologer, Astronomer Was Born – On July 13, 1527