MessageToEagle.com – The idea that humanity is not from Earth is as controversial as it is intriguing.

Are we really aliens on our own planet? If this is true where is our place of origin in the galaxy?

A scientific evaluation of the evidence against man’s evolution on planet Earth has been put forward by a researcher and author.

According to Dr Ellis Silver, leading environmentalist and ecologist there are a number of reasons why humans do not come from Earth. 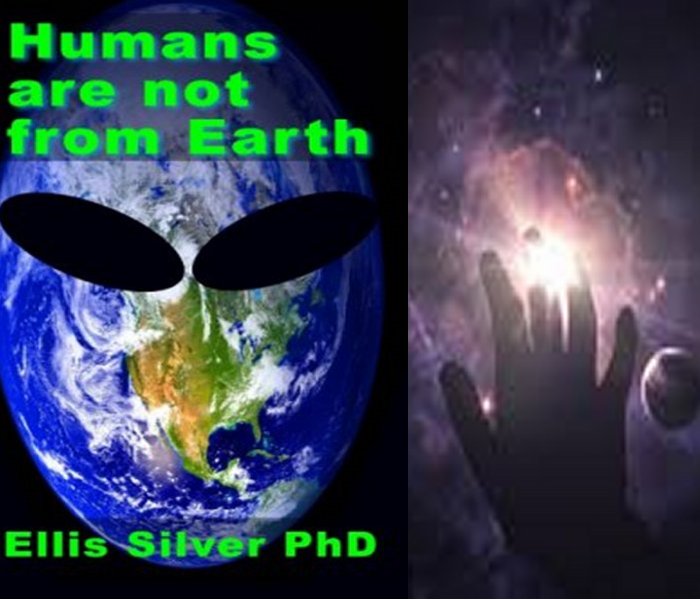 In his book, Humans are not from Earth: a scientific evaluation of the evidence, Dr. Silver lists seventeen factors which suggest we are not from this planet. He also discusses the place of our origin and the timeline when humanity appeared on Earth.

A scientific evaluation of the evidence for and (mostly) against man’s evolution on Planet Earth, by a leading environmentalist and ecologist.

In this fascinating book Dr Ellis Silver provides answers to all of these questions, based on current evidence and thinking in the scientific community and elsewhere. Read more
Dr. Silver says our physiology suggests we evolved on a planet with lower gravity.

“Mankind is supposedly the most highly developed species on the planet, yet is surprisingly unsuited and ill-equipped for Earth’s environment: harmed by sunlight, a strong dislike for naturally occurring foods, ridiculously high rates of chronic disease, and more, “Dr. Silver said in an interview with Yahoo news.

“The Earth approximately meets our needs as a species, but perhaps not as strongly as whoever brought us here initially thought,” Silver said in an interview with Yahoo news.
“Lizards can sunbathe for as long as they like – and many of them do.

We can just about get away with it for a week or two. But day after day in the sun? Forget it.

You might as well just lie down on the freeway and wait for a bus to hit you.” We are dazzled by the sun, which is also odd, says Silver – most animals are not.

Dr. Silver claims that some chronic illnesses that plague the human race – such as bad backs – could be a sign we evolved on a world with lower gravity.

Silver points to other unique human traits – such as the fact that babies’ heads are so large that women have trouble giving birth – in earlier eras, this was often fatal for mother, child or both.

“No other truly native species on this planet has this problem,” he says.

Dr. Silver also points out to the “extra” 223 genes in human beings, which are not found in any other species, and to the lack of a fossil “missing link”.

Dr. Silver also claims that the human race has defects that mark us out as being possibly “not of this world”.

“We are all chronically ill,” says Dr. Silver. “Indeed, if you can find a single person who is 100% fit and healthy and not suffering from some (perhaps hidden or unstated) condition or disorder (there’s an extensive list in the book) I would be extremely surprised – I have not been able to find anyone.”

Did we evolve on an alien world?

“I believe that many of our problems stem from the simple fact that our internal body clocks have evolved to expect a 25 hour day (this has been proven by sleep researchers), but the Earth’s day is only 24 hours. This is not a modern condition – the same factors can be traced all the way back through mankind’s history on Earth.”

Dr. Silver does not suggest one answer – but a possibility that early pre-humans such as homo erectus were crossbred with another species. He also suggests several possible origins, including Alpha Centauri.

“Mankind is supposedly the most highly developed species on the planet, yet is surprisingly unsuited and ill-equipped for Earth’s environment: harmed by sunlight, a strong dislike for naturally occurring (raw) foods, ridiculously high rates of chronic disease, and more. Plus there’s a prevailing feeling among many people that they don’t belong here or that something “just isn’t right”.

“This suggests (to me at least) that mankind may have evolved on a different planet, and we may have been brought here as a highly developed species.

One reason for this, discussed in the book, is that the Earth might be a prison planet – since we seem to be a naturally violent species – and we’re here until we learn to behave ourselves.”

“Humans are not from Earth” was published mainly to gauge reaction from readers and to provoke thought, particularly among those who might not have considered such a possibility before.”

Dr Ellis says that while his idea is an extreme evolution of that idea, it is intended to be thought-provoking and in his opinion he have had a largely positive response to it.

Now, Dr. Silver hopes that readers will contact him with more evidence for a more extensive follow-up work.