MessageToEagle.com – Sometimes when we admire the world around us it feels almost as if nature is having fun on our behalf.

Take a look at this magnificent sight. It sure does look like the rock will fall down any minute doesn’t it?

This is giant balancing rock located in the dense forest in Finland. The boulder’s name is Kummakivi which in Finnish means “strange rock”.

This geological formation can be admired in Valtola in Southern Savonia. 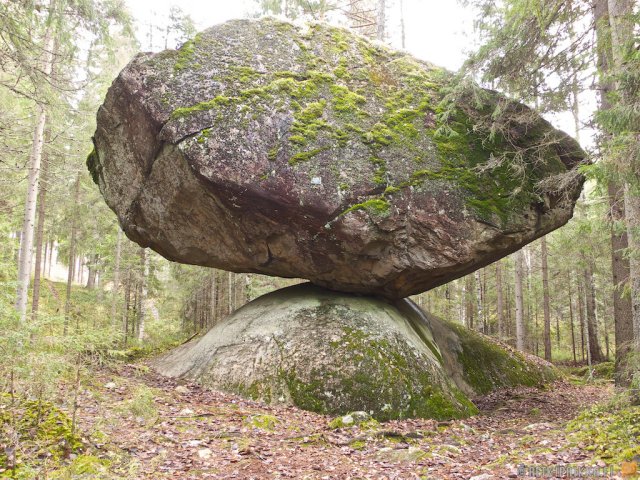 There is still no scientific explanation for how the rock has wound up in such a perplexing position, but it is a remarkable sight.

Some Finnish folklore explains the odd locations of these giant stones by saying that trolls or giants carried, threw or rolled them there.