Ligeia Mare’s shores may be surrounded by wetlands and the seabed may be covered in a sludge of carbon- and nitrogen-rich material.

Of the hundreds of moons in our solar system, Titan is the only one with a dense atmosphere and large liquid reservoirs on its surface, making it in some ways more like a terrestrial planet. 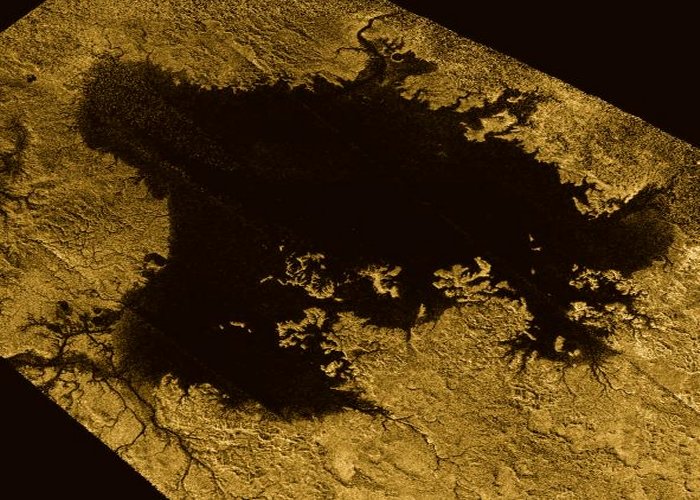 Ligeia Mare, shown here in a false-color image from NASA’s Cassini mission, is the second largest known body of liquid on Saturn’s moon Titan. It is filled with liquid hydrocarbons, such as ethane and methane, and is one of the many seas and lakes that bejewel Titan’s north polar region.Credits: NASA/JPL-Caltech/ASI/Cornell

Both Earth and Titan have nitrogen-dominated atmospheres — over 95 percent nitrogen in Titan’s case.

However, unlike Earth, Titan has very little oxygen; the rest of the atmosphere is mostly methane and trace amounts of other gases, including ethane. And at the frigid temperatures found at Saturn’s great distance from the sun, the methane and ethane can exist on the surface in liquid form.

This important discovery is based on data from the NASA/ESA Cassini-Huygens mission since arriving in the Saturn system in 2004 and on  data collected with Cassini’s radar instrument during flybys of Titan between 2007 and 2015. 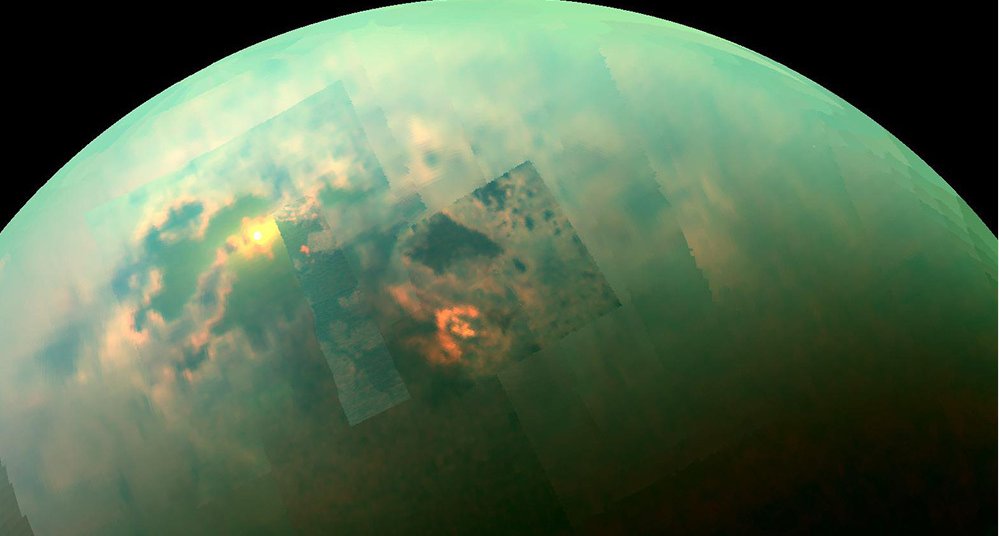 The Cassini spacecraft has revealed that more than 620,000 square miles (1.6 million square kilometers) of Titan’s surface — almost two percent of the total — are covered in liquid.

“Before Cassini, we expected to find that Ligeia Mare would be mostly made up of ethane, which is produced in abundance in the atmosphere when sunlight breaks methane molecules apart. Instead, this sea is predominantly made of pure methane,” said Alice Le Gall, at the French research laboratory LATMOS, Paris, and lead author of the new study. 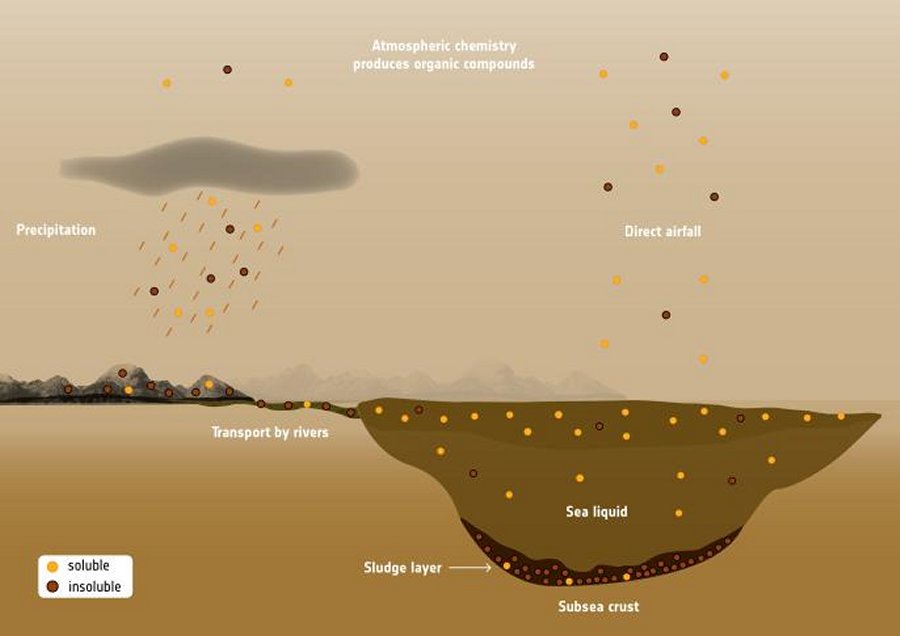 This labeled graphic illustrates how different organic compounds make their way to the seas and lakes on Titan, the largest moon of Saturn. Credits: ESA

There are three large seas, all located close to the moon’s north pole, surrounded by numerous of smaller lakes in the northern hemisphere. Just one large lake has been found in the southern hemisphere. The exact composition of these liquid reservoirs remained elusive until 2014, when the Cassini radar instrument was first used to show that Ligeia Mare, the second largest sea on Titan and similar in size to Lake Huron and Lake Michigan combined, is methane-rich.

Le Gall says that a number of possible explanations could account for the sea’s methane composition. Either Ligeia Mare is replenished by fresh methane rainfall, or something is removing ethane from it. It is possible that the ethane ends up in the undersea crust, or that it somehow flows into the adjacent sea, Kraken Mare.

The study found that the shoreline around Ligeia Mare may be porous and flooded with liquid hydrocarbons. Cassini’s radar instrument also made the first-ever detection of the bottom of an extraterrestrial sea. The depths in the Ligeia Mare are as great as 525 feet (160 meters) at the deepest point along the radar track.