Jan Bartek – MessageToEagle.com  – A lost ancient kingdom dating to 1400 B.C. to 600 B.C., which may have defeated Phrygia, the kingdom ruled by King Midas, was discovered by archaeologists from the Oriental Institute.

King Midas was the most famous almost legendary monarch of Phrygia. Based on contemporary Assyrian sources that date back between c. 718 and 709 BC, the king was called Mit-ta-a. Except for countless legends about king Midas, there are also more reliable ancient sources mentioning this great Phrygian king. 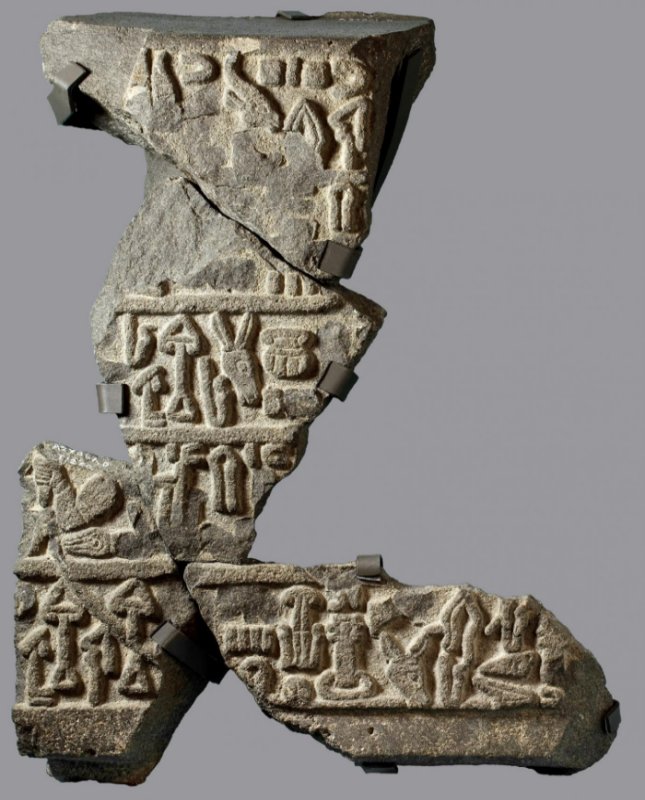 Example of the Luwian language, uncovered from a nearby dig. Image credit: Oriental Institute

University of Chicago scholars and students were surveying a site with Turkish and British colleagues last summer in southern Turkey called Türkmen-Karahöyük, when a local farmer told them he’d seen a big stone with strange inscriptions while dredging a nearby irrigation canal the previous winter.

“We rushed straight there, and we could see it still sticking out of the water, so we jumped right down into the canal—up to our waists wading around,” Asst. Prof. James Osborne of the OI, one of the foremost centers of research on the ancient world, said in a press release.

“Right away it was clear it was ancient, and we recognized the script it was written in: Luwian, the language used in the Bronze and Iron Ages in the area.”

Translated by OI scholars, the pronouncement boasted of defeating Phrygia, the kingdom ruled by King Midas, the legendary ancient ruler said to have a golden touch. 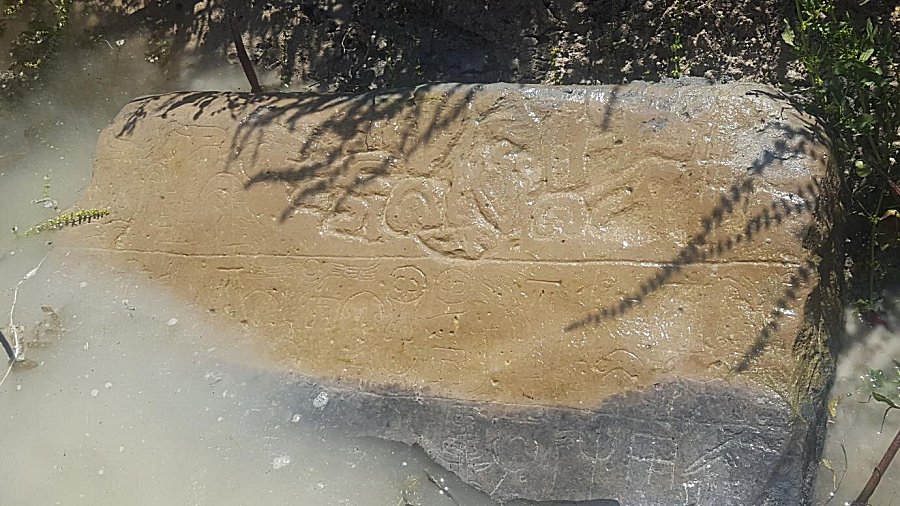 A tip from a local Turkish farmer, led archaeologists to this stone half-submerged in an irrigation canal.  Inscriptions from the 8th century B.C. are still visible. Credit: James Osborne

As Osborne explained, it appears the city at its height covered about 300 acres, which would make it one of the largest ancient cities of Bronze and Iron Age Turkey. They don’t yet know what the kingdom was called, but Osborne said its discovery is revolutionary news in the field.

“We had no idea about this kingdom. In a flash, we had profound new information on the Bronze Age Middle East,” said Osborne, an archaeologist who specializes in examining the expression of political authority in Iron Age cities.”

Working under the Konya Regional Archaeological Survey Project, Osborne and UChicago students were mapping the site as part of the Türkmen-Karahöyük Intensive Survey Project, located in an area littered with other famous ancient cities. Just by walking around the site’s surface, they collected bits of broken pottery from three thousand years of habitation at the site—a rich and promising find—until the farmer’s chance visit pointed them to the stone block known as a stele.

Osborne identified a special hieroglyphic marking that symbolized the message that came from a king. The farmer helped pull the massively heavy stone stele out of the irrigation canal with a tractor. From there it went to the local Turkish museum, where it was cleaned, photographed and readied for translation. 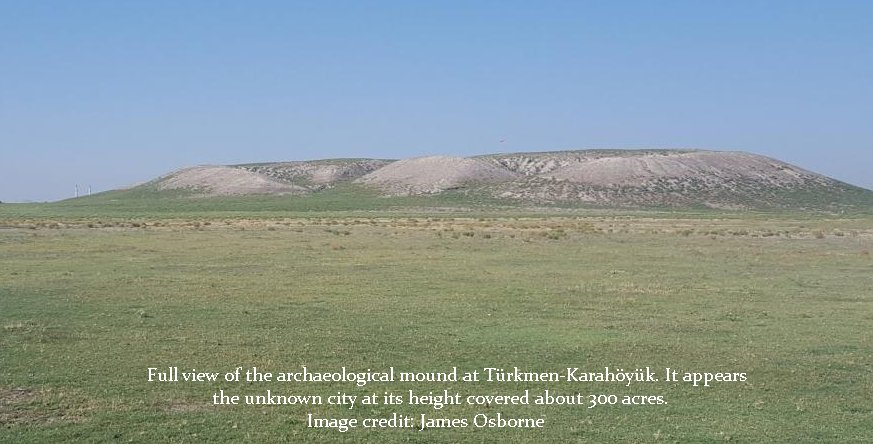 The hieroglyphs were written in Luwian, one of the oldest branches of the Indo-European languages. A unique language written in hieroglyphic signs native to the Turkish area, Luwian is read alternating between the right to left and left to right.

While Osborne isn’t an expert in reading the Luwian language, luckily he works down the hall from two of the foremost experts in the world on Luwian: OI colleagues Petra Goedegebuure and Theo P.J. van den Hout—editors of the Chicago Hittite Dictionary.

Their translation revealed that the stele king was called Hartapu, and Türkmen-Karahöyük was probably his capital city. The stone tells the tale of King Hartapu’s conquest of the nearby kingdom of Muska, better known as Phrygia—home to King Midas. “The storm gods delivered the [opposing] kings to his majesty,” the stone read.

The OI’s linguistic analysis suggested the stele was composed in the late-eighth-century B.C., which lines up with the time that Midas ruled.

It answers a long-standing mystery, though; not quite 10 miles to the south is a volcano with a well-known inscription in hieroglyphics. It refers to a King Hartapu, but no one knew who he was—or what kingdom he ruled.

Following a longstanding tradition of OI research in the area, Osborne is already planning the next site visit, hoping to complete the survey this summer.

“Inside this mound are going to be palaces, monuments, houses. This stele was a marvelous, incredibly lucky find—but it’s just the beginning,” he said.