Conny Waters – AncientPages.com – A marble statuette of the Roman goddess Cybele has been unearthed during archaeological works at the Forum site in Bulgaria’s city of Plovdiv, reports The Sofia Globe.

The statuette is believed to date from the second century CE and was part of the pantheon of Philippopolis, an ancient name of Plovdiv, during the Roman era. 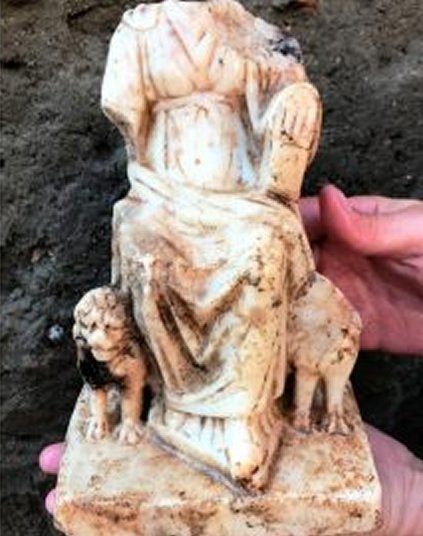 The archeological team headed by Maya Martinova-Kutova and Bilyana Grueva-Zdravcheva made the find.

In Roman mythology, Cybele was the universal mother, not only of the gods but also of all humans, animals and plant life. Her equivalent in Greek mythology was Rhea.

Cybele was the Phrygian great mother goddess, who represented all of womankind. She was the goddess of all life, nature, and fertility. It is the only known goddess of Ancient Phrygia (part of the ancient kingdom of Anatolia). She was also worshiped in Ancient Thrace, Greece, and Ancient Rome.