Conny Waters – MessageToEagle.com – Hundreds of rare and well-preserved artifacts have been revealed by the retreating mountain glaciers in the region of Lendbreen in Innlandet County, Norway.

Archaeologists say that the artifacts tell a remarkable story of high-altitude travel and long-distance exchange c. 300 – 1500 AD with a peak in usage c. 1000 AD during the Viking Age. 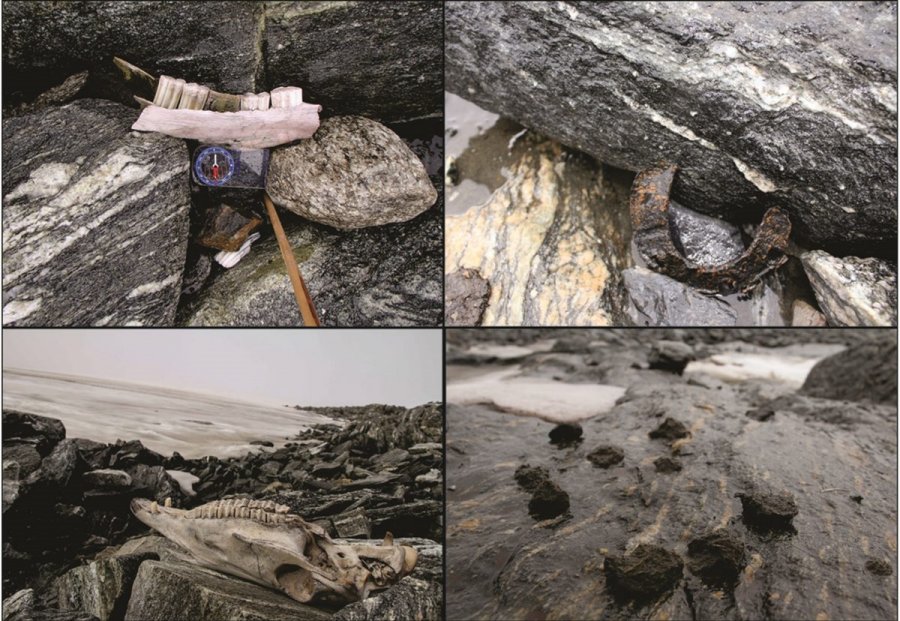 A team of archaeologists from Norway and Cambridge has published details of these artifacts today in the journal Antiquity.

“A lost mountain pass melting out of the ice is a dream discovery for glacial archaeologists,” says Lars Pilø, first author of the study and co-director for the Glacier Archaeology Program.

“In such passes, past travelers left behind lots of artifacts, frozen in time by the ice. These incredibly well-preserved artifacts of organic materials have great historical value.”

Some of the hundreds of finds from Lendbreen derive from the actual transport through the pass, such as horseshoes, bones from packhorses, remains of sleds and even a walking stick with a runic inscription. 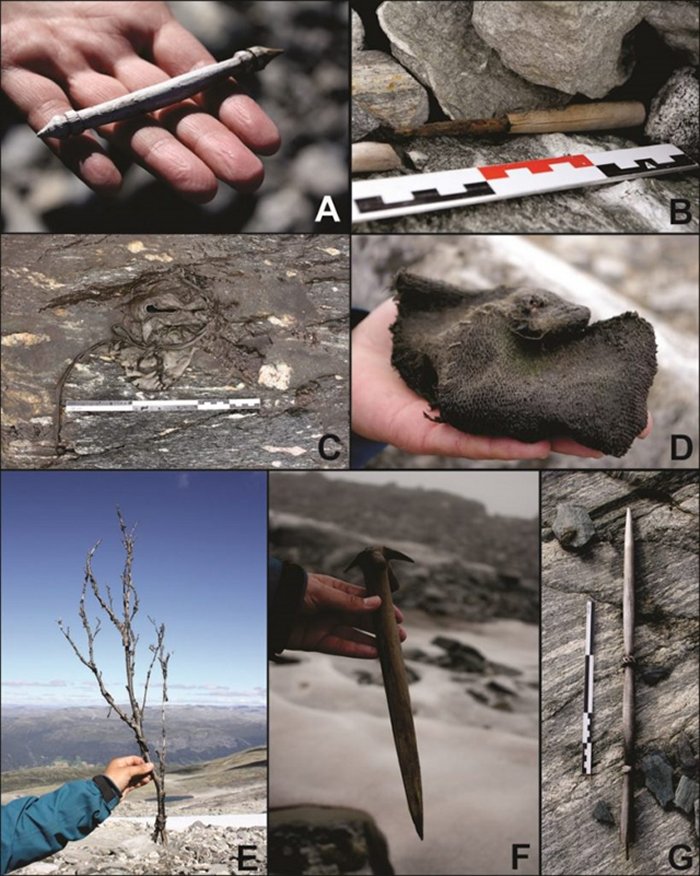 Other finds are items from daily life – a knife with a preserved wooden handle, a wooden distaff (for holding wool during hand-spinning) and a wooden whisk. Remains of clothing, such as a Roman Iron Age tunic, a Viking Age mitten, and shoes have also been recovered. Other objects have no parallels in the archaeological record and their function remains unknown. Image credit: Glacier Archaeology Program & R. Marstein)

But, the well-preserved finds are only part of the story.

“Sites like the mountain pass at Lendbreen have a larger story to tell beyond the incredible finds,” says corresponding author James H. Barrett of the McDonald Institute for Archaeological Research at the University of Cambridge.

Radiocarbon dates on the artifacts show that traffic through the pass started in the Roman Iron Age around AD 300, peaked in the Viking Age around AD 1000, and declined after this.

“The start around AD 300 was a time when local settlement activity was picking up. When the use of the pass intensified around AD 1000, during the Viking Age, it was a time of increased mobility, political centralization and growing trade and urbanization in Northern Europe, ” Barrett continues. 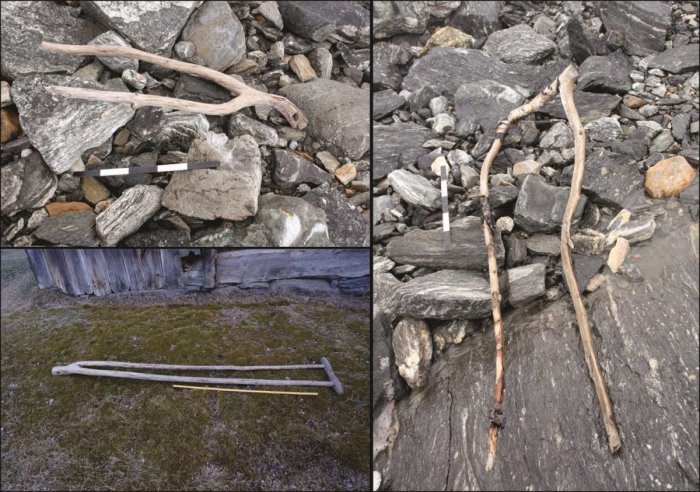 “Instead of just being considered remote regions, mountains could also provide vital access to important products and arteries for transporting such products, linking the mountain regions to larger trading networks.”

The lost mountain pass at Lendbreen was discovered in 2011 and the demanding, high-altitude fieldwork has been ongoing since, following the retreat of the ice.