MessageToEagle.com – Known for his Knights of the Round Table and for uniting the peoples of his land, King Arthur grew to become one of the most famous rulers of Britain.

Legend tells that after King Arthur was injured in a  battle he was taken to the Isle of Avalon and then he disappeared. Did King Arthur really exist and if so where is he buried?
For hundreds of years the Arthur story has been retold in its various forms, though even ancient historians considered it nothing more than a myth. However, in the twelfth century, evidence surfaced that suggested that the story of King Arthur might have been more than a mere legend. 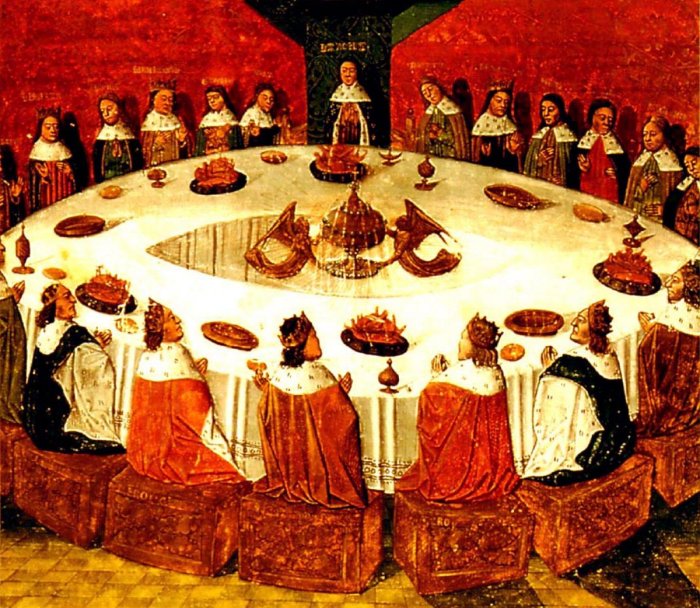 King Arthur presides at the Round Table with all of his Knights.

In the year 1190, the monks of Glastonbury Abbey in England made an incredible discovery. According to historical record, the monks began to experience dreams and visions about King Arthur around that time, which prompted them to consult with King Henry II (AD 1133-1189).

King Henry II revealed ancient secrets. He said that King Arthur’s remains were buried in the churchyard of St. Dunstan in Glastonbury.

Soon, a search was commissioned and the quest for King Arthur’s tomb was undertaken.

According to C.A. Ralegh Radford (the archaeologist whose excavations at Glastonbury have shown that the monks did, in fact, dig up a grave at about the right time), the relics of Arthur and Guinevere that had been exhumed, “lay in a treasure in the east range of the abbey.” The tomb was located 16 feet down and contained an incredible huge human skeleton. The man appeared to be much taller than an average man, and the space between the eye sockets was as wide as the palm of a man’s hand.

Unraveling The Secret History Of King Arthur And Robin Hood

The monks also found an ancient lead cross, inscribed with ‘Here lies buried the famous king Arthur with Guinevere his second wife, in the Isle of Avalon’. But was this really the resting place of King Arthur?

In 1962, archaeological evidence was found supporting the story that a tomb within the ancient church had been disturbed centuries previously.

The whereabouts of the cross and bones are no longer known.

Tintangel Castle is popularly thought to be the legendary birthplace of King Arthur based on the discovery of a slate engraved with ‘Artognou’ which was found at the site in 1998, but evidence of his tomb has never been found in the area. 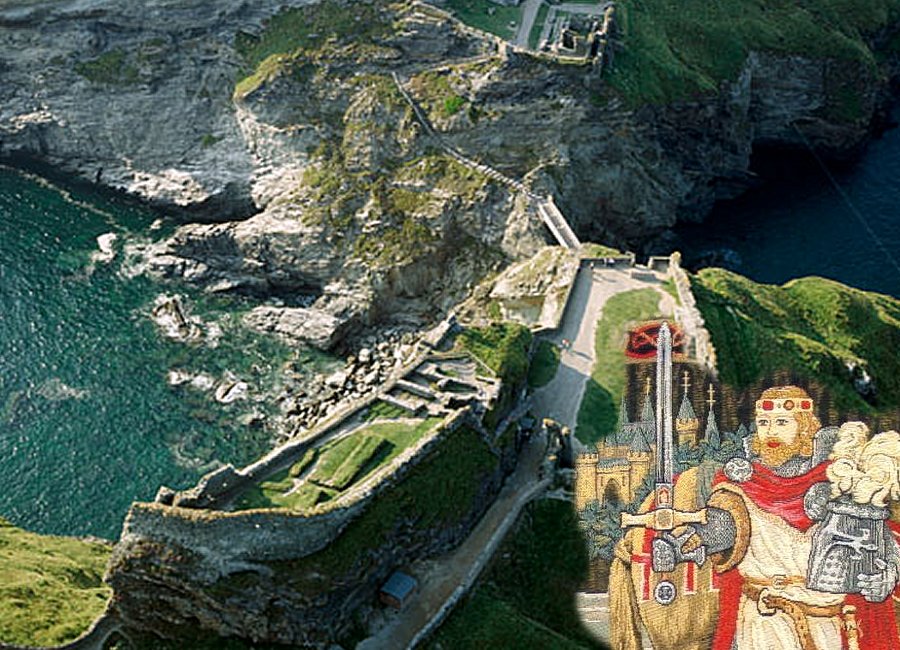 Iconic hero, King Arthur was first linked to Tintagel in the 12th century, when it was named by Geoffrey of Monmouth as the place where Arthur was conceived.

So, if King Arthur really existed, he must be buried somewhere else, but we don’t know where.

Now, historian Graham Phillips, who has been researching the life of King Arthur for years, says he has found evidence that suggests the medieval leader was buried outside the village of Baschurch. Philip says he has been able to narrow down the King Arthur’s tomb to one of two locations – an earthworks just outside the village thought to be an old fort, dubbed ‘The Berth’ and the site of a former chapel.

In his book, The Lost Tomb of King Arthur: The Search for Camelot and the Isle of Avalon Philips presents his theories. 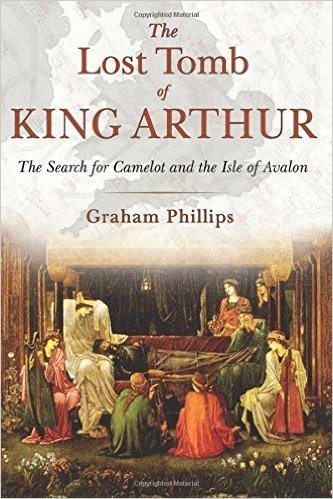 Phillips examines the earliest stories of Arthur as well as previously unknown ancient manuscripts preserved in the vaults of the British Library in London, such as the work of the 9th-century monk Nennius, to pinpoint the exact locations of Arthur’s tomb, the ruins of Camelot, and the sword Excalibur. He reveals the mythic king as the real-life leader Owain Ddantgwyn, who united the British to repel invasion from Germany around 500 AD. Moving his quest from library vaults to the real sites of Arthur’s life, the author confirms his research through a Dark Age monument, hidden away in the mountains of western Britain, that bears an inscription about a powerful warlord who went by the battle title “Arthur.” He visits archaeological excavations at the ruins of Viroconium, near Wroxeter in Shropshire, clearly identifying the ancient city as Camelot, the fortified capital of Arthur’s Britain. Working with specialist divers and marine archaeologists, he surveys the depths of an ancient lake in the English countryside to reveal the resting place of Excalibur. Enlisting a team of scientists and sophisticated geophysics equipment, he uncovers the lost grave of the historical King Arthur, buried with his shield, just as told in legend.

The culmination of 25 years of research, including new translations of primary source material, this book provides the necessary evidence to allow King Arthur to finally be accepted as the authentic British king he was. Read more

“From my research he came from Shropshire, not the south-west of England as everybody else says.

In the Oxford University Library there is a poem from the Dark Ages which refers to the kings from Wroxeter who were buried at the Churches of Bassa – and when you think about anywhere in Shropshire that sounds similar, you think of Baschurch. 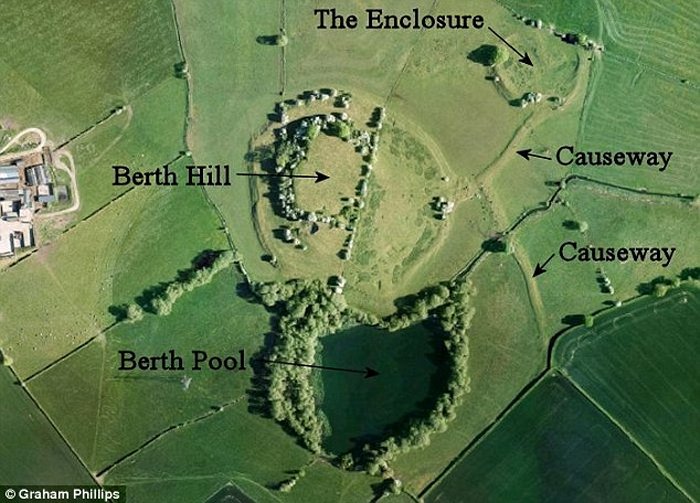 Grhama Philips says he has found where King Arthur is buried – in a field in Shropshire. An aerial photograph of the site.

There is a place that matches the description just outside the village, an earthworks known as The Berth, which were two islands in a lake, though obviously the lake has now gone,“Philips said.

Philips has also suggested the legendary King’s tomb might be  located in another place, a country lane in the village called Birch Grove where evidence of an old chapel was found back in the 1930s.

“In some versions of the tale of King Arthur he died on an island, but was brought back to shore for burial. 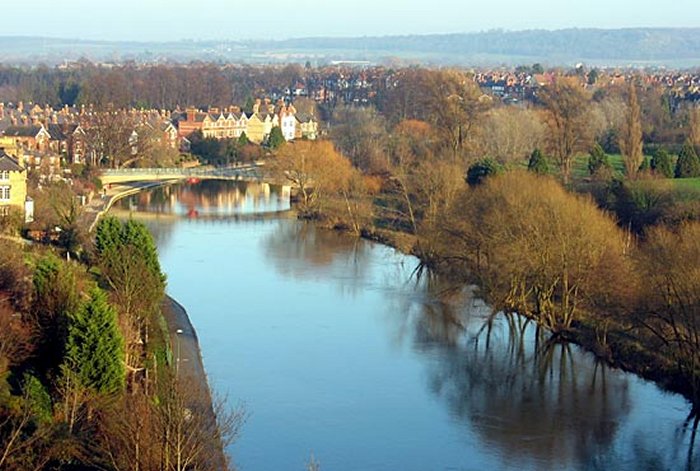 So it is possible and when they found the remains, they found part of a gravestone with Latin writing that appears to translate to ‘Here Lies’,” Philips said.

Graham Philips is currently trying to get permission from English Heritage for an archaeological dig, but they don’t often give that because they want to protect the site.