Eddie Gonzales Jr. – MessageToEagle.com – Flows in planets like Earth are characterized by many features, such as rotation and the difference in temperature between the hot core and the cold surface.

These flows have very large dimensions and it is very hard to investigate them. 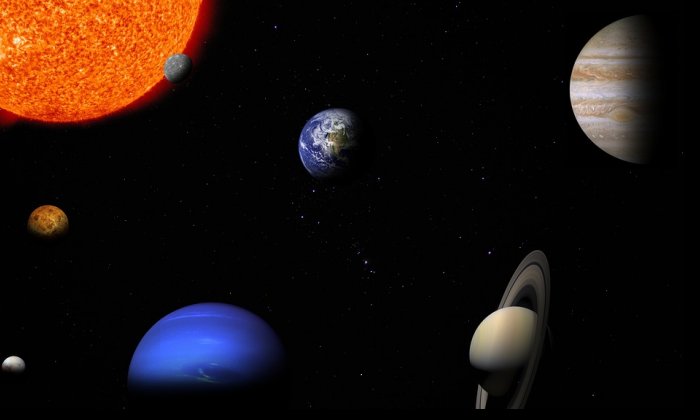 To study them, Ph.D. student Matteo Madonia set up a unique experiment called TROCONVEX, a rotating cylinder with a temperature difference between bottom and top, and a maximum height of 4 meters. TROCONVEX allows researchers to explore new behaviors that can help us understand planetary flows. Madonia succesfully defended his thesis on 13th April 2022.

Planetary flows, such as the Earth’s atmosphere or its outer core, are quite difficult to study not only because of their large proportion, but also due to their complexity. In fact, they are influenced by many factors: the planet’s rotation, the temperature difference between the top and bottom surfaces, the spherical geometry and often many other factors like the magnetic fields or their “flatness.”

Matteo Madonia, researcher at the Fluid and Flows research group of the department of Applied Physics, decided to study a simplified model of planetary flow that takes into consideration only the high rotation and the temperature difference. However, even this huge reduction leads to a system that cannot be fully understood.

Flows that are influenced by rapid rotation have the characteristic of organize themselves into nicely vertical aligned structures, while fluids that are sandwiched between a hot bottom and a cold top develop very chaotic behaviors. If one mixes these two effects, one gets a variety of different flow states that behave differently depending on the balance between the two forces.

In addition, to study flows at the size of planets one has to achieve very high rotational forces, which is very difficult to do by numerically simulating the flow and it is only possible with very tall containers.

This is why Madonia designed TROCONVEX, a very tall rotating cylinder containing water that is heated from the bottom and cooled from above. Using this setup, up to 4 meters tall, he could analyze flow configurations that were inaccessible before.

Mixing the effects of rotation and temperature difference, in fact, creates a variety of different flow states that have to be differentiated and described. The researcher did this by using two different approaches: the first involved the use of temperature probes and the second one involved velocity measurements.

With temperature probes he was able to analyze the difference in heat transfer between top and bottom for each state, as well as how the temperature changes at different heights of the cylinder.

To do so he used a special configuration that allowed him to thermally isolate the cylinder to avoid heat leaks from the sides. With these measurements he was able to identify a novel state never observed before: a so-called rotationally-influenced turbulence (RIT).

The velocity measurements were done in a transparent configuration, that was especially designed to allow two cameras to look inside the cylinder and follow the motion of some particles that we injected into the fluid. The two cameras could track the motion of the flow and give velocity information in the three special directions.

With these measurements Madonia was able to better characterize the different flow states including the novel RIT, which presents an interesting feature: a structure consisting of four vortices that fills the section of the cylinder.

Further analysis on velocity measurements could not establish for sure if this structure is generated by the presence of the sidewalls or by a self-organization of the flow, that is typical of rotating flows.