MessageToEagle.com – Beneath the streets of Paris there is a huge underground labyrinth with dark galleries and narrow passages. It’s a gruesome place of great historical value. The Paris catacombs contain skeletal remains of some 6 to 7 million former Parisians. The bones were deliberately arranged in a macabre display of high Romantic taste.

Entrance to the catacombs in Paris. Image credit: Wikimedia

Graveyards were closed and bones were moved during the night

Situated south of the former gate “Barrière d’Enfer” beneath Rue de la Tombe-Issoire, the ossuary was founded when city officials were faced with serious problems.

In 1774 a series of cave-ins started and cemeteries were flooded. Something had to be done and it was decided to move the corpses. The graveyards were closed because of the risk they posed to public health. The first of these was the Saint Innocents graveyard in 1786 in what is now the district of Les Halle. 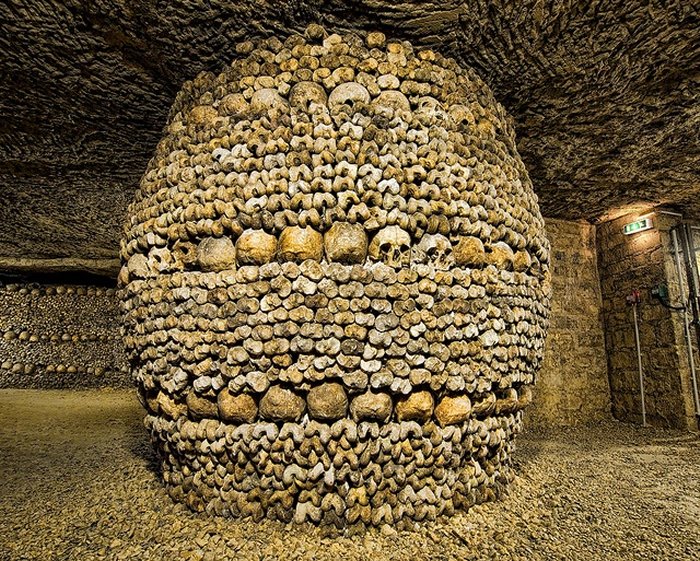 Nightly processions of bones from 1786 to 1788 transferred remains from cemeteries to the reinforced tunnels, and more remains were added in later years.

Many of the underground tunnels date back to Roman times

The Catacombs represent the interface between the history of Paris and the Earth’s geological evolution. Forty-five million years ago, Paris and the surrounding area were covered by a tropical sea. Dozens of meters of sediment accumulated on the sea bed, forming over lime the limestone deposits visible in the Catacombs today. Geologists worldwide call this period in the history of the world the Lutetian period, alter Lutetia, the Gallo-Roman name for Paris. 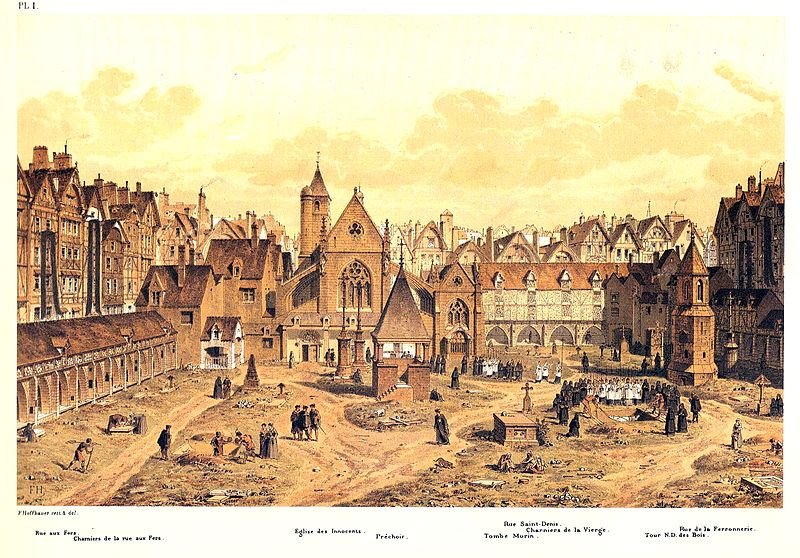 As early as the first century AD, the Gallo-Romans were using this limestone to build Lutetia. From the thirteenth century onwards, the open quarries on the slopes along the river

Some 200 miles of labyrinthine tunnels are believed to exist and many of them have been there since Roman times.

The Paris catacombs contain remains of many famous people 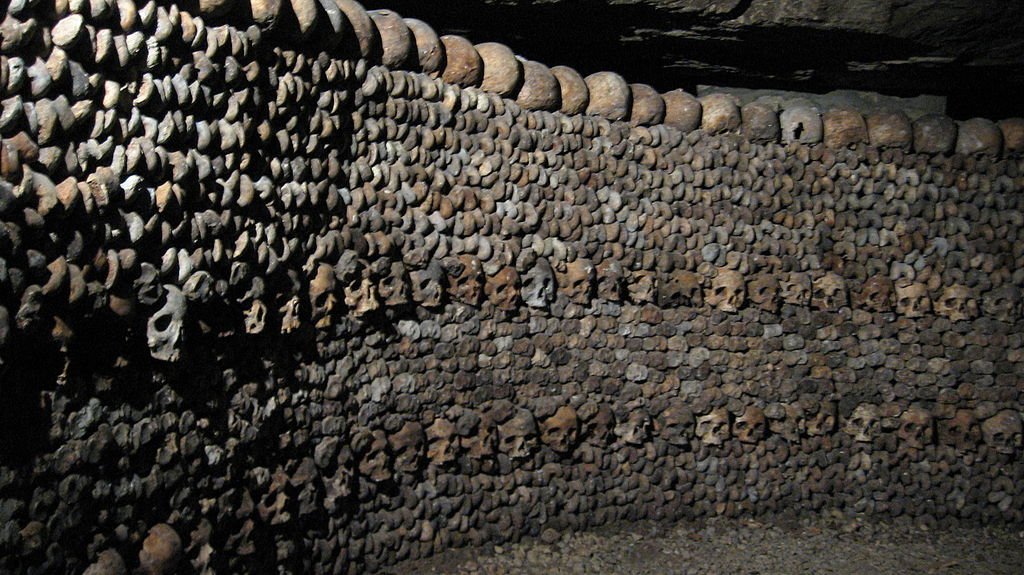 Secret Passageways And Caves Beneath The Nottingham Castle

The Catacombs of Paris became a “curiosity” for more privileged Parisians from their creation.  Many famous people visited the underground labyrinth and the first known visitor was the Count of Artois who later became France’s King Charles X. In 1814, Francis I, the Emperor of Austria living victoriously in Paris, visited them. In 1860, Napoleon III went down with his son. 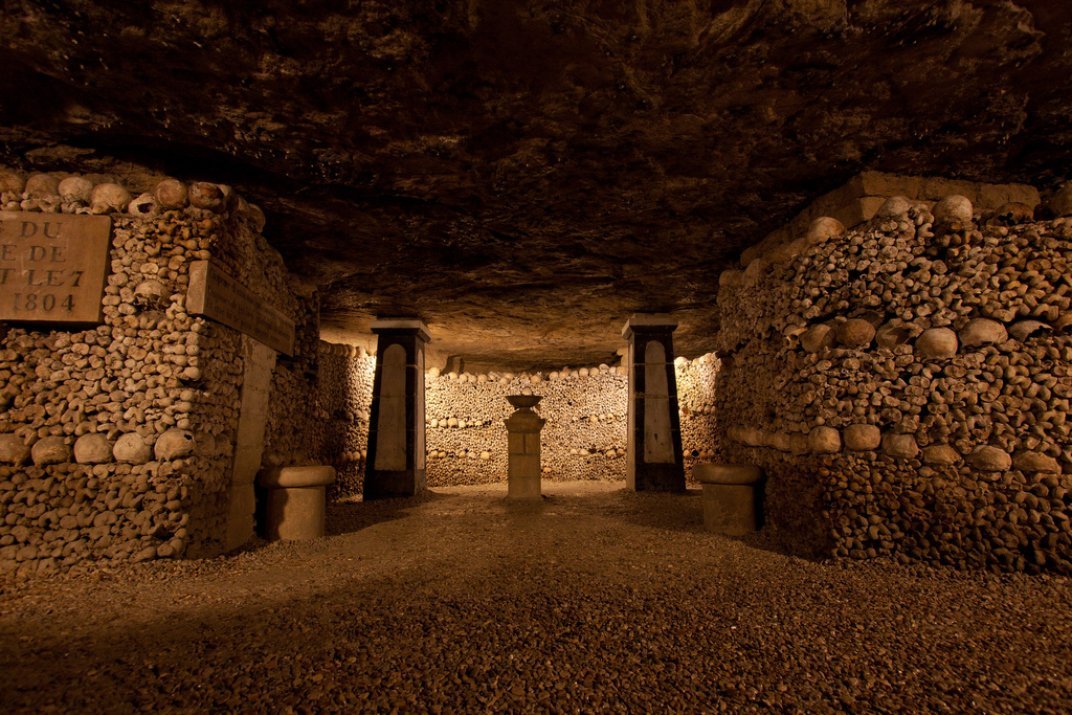 Due to their old age, the quarries not part of the official Catacombs have been deemed unsafe by Parisian officials. However, this has not prevented secret societies, thieves, artists and the curious public from entering the dangerous network. 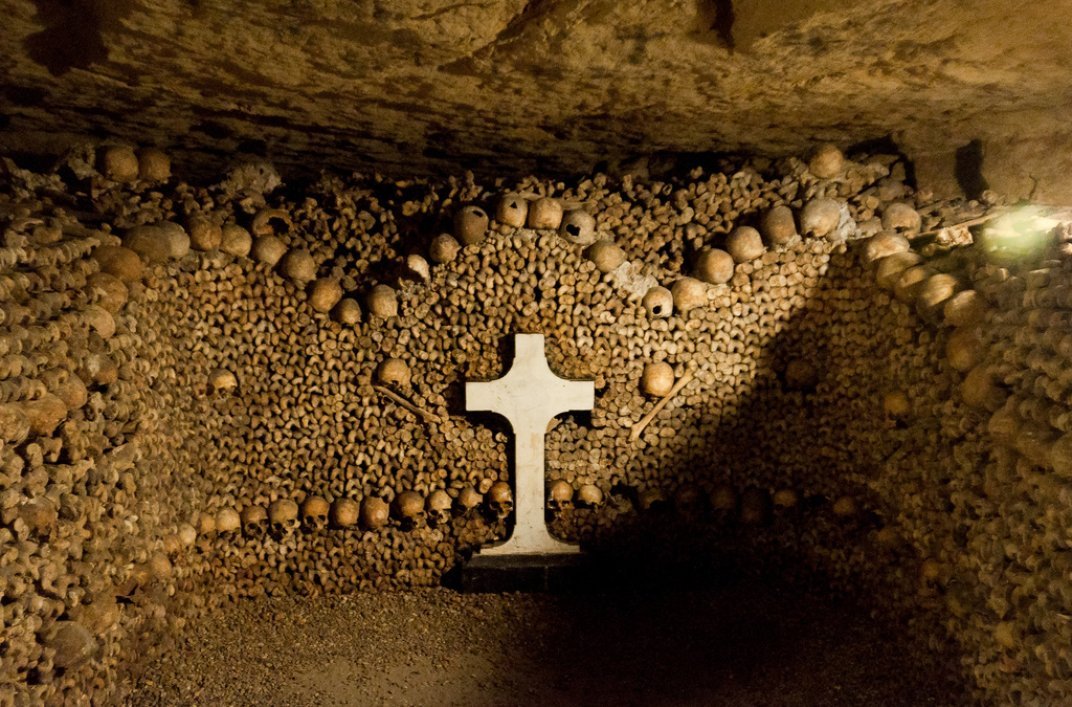 The Paris Catacombs re-opened on June 14th 2005, after several months of closure for building work. The lighting has been adjusted, the vaults strengthened and the walls of bones put back.