Eddie Gonzales Jr. – MessageToEagle.com – In a new study from Skoltech and the University of Kentucky, researchers found a new connection between quantum information and quantum field theory. This work attests to the growing role of quantum information theory across various areas of physics. 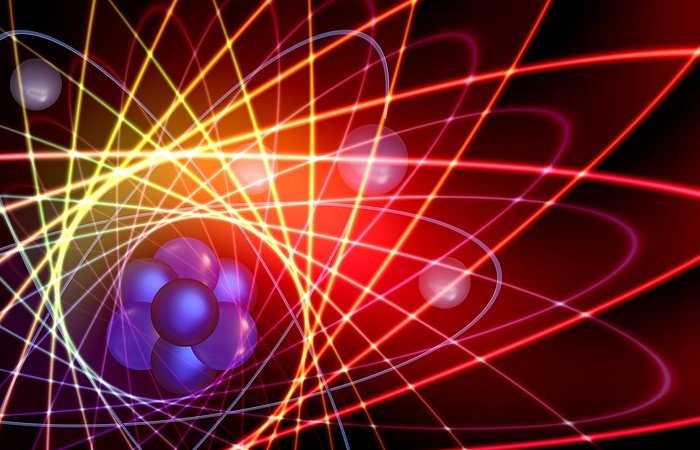 Quantum information plays an increasingly important role as an organizing principle connecting various branches of physics. In particular, the theory of quantum error correction, which describes how to protect and recover information in quantum computers and other complex interacting systems, has become one of the building blocks of the modern understanding of quantum gravity.

“Normally, information stored in physical systems is localized. Say, a computer file occupies a particular small area of the hard drive. By “error” we mean any unforeseen or undesired interaction which scrambles information over an extended area. In our example, pieces of the computer file would be scattered over different areas of the hard drive.

Error-correcting codes are mathematical protocols that allow collecting these pieces together to recover the original information. They are in heavy use in data storage and communication systems. Quantum error-correcting codes play a similar role in cases when the quantum nature of the physical system is important,” Anatoly Dymarsky, Associate Professor at the Skoltech Center for Energy Science and Technology (CEST), explains.

In a rather unexpected twist, scientists realized not too long ago that quantum gravity – the theory describing quantum dynamics of space and time – operates similar mathematical protocols to exchange information between different parts of space. “The locality of information within quantum gravity remains one of the few open fundamental problems in theoretical physics. That is why the appearance of well-studied mathematical structures such as quantum error-correcting codes is intriguing,” Dymarsky notes. Yet the role of codes was only understood schematically, and the explicit mechanism behind the locality of information remains elusive.

In their new paper, he and his colleague, Alfred Shapere from the University of Kentucky Department of Physics and Astronomy, establish a novel connection between quantum error-correcting codes and two-dimensional conformal field theories. The latter describes interactions of quantum particles and has become standard theoretical tools to describe many different phenomena, from fundamental elementary particles to quasi-particles emerging in quantum materials, such as graphene. Some of these conformal field theories also describe quantum gravity via holographic correspondence.

“Now we have a new playground to study the role of quantum error-correcting codes in the context of quantum field theory. We hope this is a first step in understanding how locality of information actually works, and what hides behind all this beautiful mathematics,” Dymarsky concludes.

The paper was published in the journal Physical Review Letters.