Eddie Gonzales Jr. – MessageToEagle.com – Pluto is today a ball of frozen ice, but this wasn’t always the case. In the distant past, Pluto was covered with liquid oceans.

The accretion of new material during Pluto’s formation may have generated enough heat to create a liquid ocean that has persisted beneath an icy crust to the present day, despite the dwarf planet’s orbit far from the sun in the cold outer reaches of the solar system. 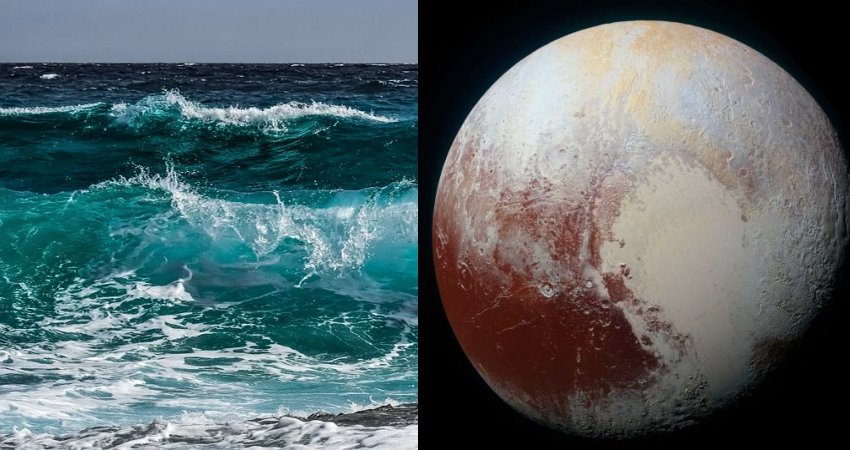 This “hot start” scenario contrasts with the traditional view of Pluto’s origins as a ball of frozen ice and rock in which radioactive decay could have eventually generated enough heat to melt the ice and form a subsurface ocean.

“For a long time people have thought about the thermal evolution of Pluto and the ability of an ocean to survive to the present day,” said coauthor Francis Nimmo, professor of Earth and planetary sciences at UC Santa Cruz. “Now that we have images of Pluto’s surface from NASA’s New Horizons mission, we can compare what we see with the predictions of different thermal evolution models.”

Because water expands when it freezes and contracts when it melts, the hot-start and cold-start scenarios have different implications for the tectonics and resulting surface features of Pluto, explained first author and UCSC graduate student Carver Bierson.

“If it started cold and the ice melted internally, Pluto would have contracted and we should see compression features on its surface, whereas if it started hot it should have expanded as the ocean froze and we should see extension features on the surface,” Bierson said. “We see lots of evidence of expansion, but we don’t see any evidence of compression, so the observations are more consistent with Pluto starting with a liquid ocean.”

The thermal and tectonic evolution of a cold-start Pluto is actually a bit complicated, because after an initial period of gradual melting the subsurface ocean would begin to refreeze. So compression of the surface would occur early on, followed by more recent extension. With a hot start, extension would occur throughout Pluto’s history.

“The oldest surface features on Pluto are harder to figure out, but it looks like there was both ancient and modern extension of the surface,” Nimmo said.

The next question was whether enough energy was available to give Pluto a hot start. The two main energy sources would be heat released by the decay of radioactive elements in the rock and gravitational energy released as new material bombarded the surface of the growing protoplanet.

Bierson’s calculations showed that if all of the gravitational energy was retained as heat, it would inevitably create an initial liquid ocean. In practice, however, much of that energy would radiate away from the surface, especially if the accretion of new material occurred slowly.

“How Pluto was put together in the first place matters a lot for its thermal evolution,” Nimmo said. “If it builds up too slowly, the hot material at the surface radiates energy into space, but if it builds up fast enough the heat gets trapped inside.” 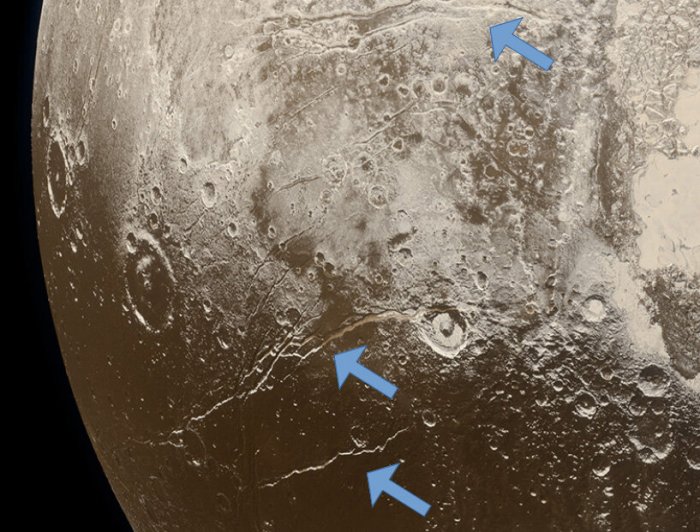 The researchers calculated that if Pluto formed over a period of less than 30,000 years, then it would have started out hot. If instead, accretion took place over a few million years, a hot start would only be possible if large impactors buried their energy deep beneath the surface.

The new findings imply that other large Kuiper belt objects probably also started out hot and could have had early oceans. These oceans could persist to the present day in the largest objects, such as the dwarf planets Eris and Makemake.

“Even in this cold environment so far from the sun, all these worlds might have formed fast and hot, with liquid oceans,” Bierson said. 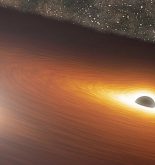