Conny Waters – MessageToEagle.com – A team led by Newcastle University, UK, used analysis of ancient coprolites – fossilized excrement – to identify that samples from one of the most famous ‘pre-Clovis’ sites at Paisley Caves, in Oregon, North America, contained human faecal biomarkers.

Their results mean that archaeologists are able to confirm that the earliest known humans in the Americas were from a pre-Clovis culture, dating back more than 12,000 years. 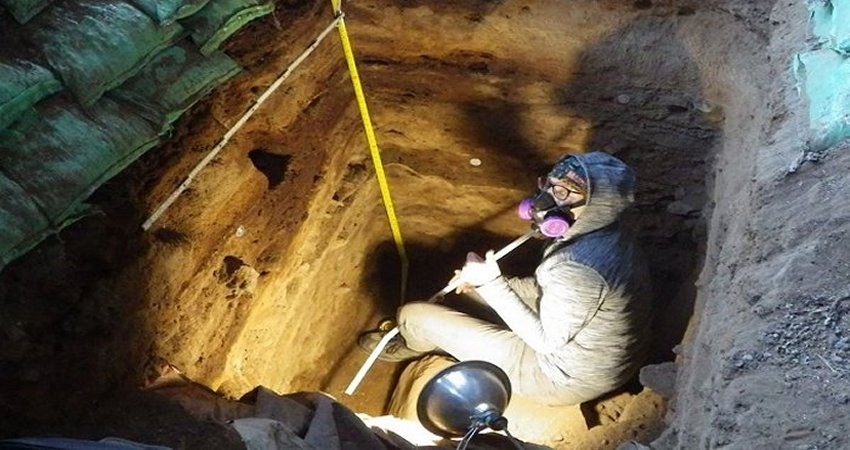 For most of the 20th century it was thought that the earliest inhabitants in the Americas belonged to a single group known as ‘Clovis’, who left distinctive large stone tools in the archaeological record. While it is now largely accepted that there were several groups present on the continent before the Clovis culture, the dating of these ‘pre-Clovis’ sites has been difficult as the stone tools are not often found with material that can be radiocarbon dated.

Although previous radiocarbon dating of the coprolites found at Paisley Caves showed that people lived there 12,400 years before the present, and used stone tools that were very different to the Clovis culture, there has remained much debate about DNA data from these coprolites.

Ancient DNA, especially from humans, has become a popular technique to look at early populations. However ancient DNA found in sediments and coprolites is still considered by some to be an unreliable way to identify whether people were living in a particular location, as scientists don’t have a good understanding of how well it is preserved and how it moves within sediments. This has led to debate about the DNA found at Paisley Caves since it is known that water was moving through the caves periodically.

As humans and animals produce different types of lipids – fats such as cholesterol in their gut, the research team, which also involved scientists and archaeologists from the universities of Bristol, UK, and Oregon, USA, analyzed traces of lipids to identify whether they came from humans, dogs, or other animals.

“The question of when and how people first settled the Americas has been a subject of intense debate. By using a different approach, we have been able to demonstrate that there were pre-Clovis populations present in the area of the Great Basin and resolve this debate once and for all,” Dr Lisa-Marie Shillito, Senior Lecturer, Newcastle University, said.

The biomarkers in one of the samples revealed that there was a mixed dog and human lipids and DNA present, suggesting that dogs were consuming human faeces. “We know dogs do this today, and the fact that we have dogs doing this at Paisley is really strong evidence that these were domesticated and living alongside people,” added Dr Shillito. This and the fact that the coprolites were found alongside well-preserved material that was used to make baskets is helping researchers to better understand these early settlers and their way of life.

“So far, there has been a lot of focus on answering the when and how of how people arrived on the continent,” Dr Shillito said. “As a result, the nature of early occupation has received relatively little attention, in terms of understanding the relationship between these early human populations and their environment.

“We want to know more about the people themselves. This was a time when the environment was very different and changing rapidly. We want to know how they adapted to this change, what they were eating, and how this changed over time.”