The Kaogong ji was written in China around the middle of the first millennium BC and is the oldest known technical encyclopedia. It details items ranging from swords to musical instruments and how to make them, including six chemistry formulas for mixing the bronze. 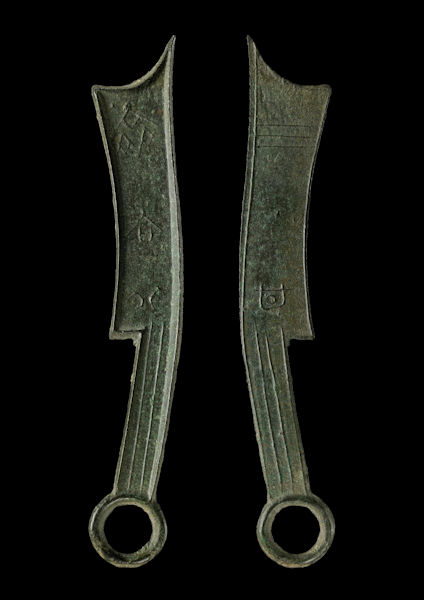 Knife coins, in use in China around 400 BC, were some of those studied. Credit: The Trustees of the British Museum / CC-BY-SA 4.0

“These recipes were used in the largest bronze industry in Eurasia during this period,” said Dr. Ruiliang Liu from the British Museum, “Attempts to reconstruct these processes have been made for more than a hundred years, but have failed.”

Researchers had been unable to identify the two main ingredients: Jin and Xi. It was thought they were copper and tin, two key components of bronze, but recreating the recipes with them produced metal that did not match the composition of ancient Chinese artifacts.

Now, research by Dr. Liu and Professor Pollard, from the University of Oxford, may have finally identified Jin and Xi. Their work, published in the journal Antiquity, shows they were likely pre-mixed alloys.

The discovery was made whilst studying the chemical composition of Chinese coins from around the time the Kaogong ji was written. It was thought that these were made by diluting copper with tin and lead to create the desired form of bronze. 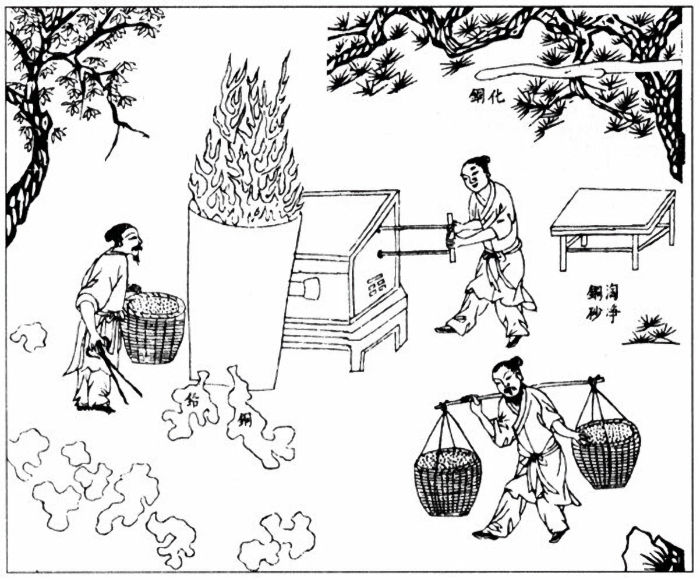 However, Professor Pollard and Dr. Liu found that the composition of the coins did not match this technique. Instead it indicated the coins were made by mixing two pre-prepared metal alloys: a copper-tin-lead alloy and a copper-lead alloy.

This shows that ancient Chinese bronze production involved the combination of alloys, rather than pure metals. As such, Professor Pollard and Dr. Liu argue that this method of making bronze was also have been what the Kaogong ji was describing and Jin and Xi refer to these pre-mixed alloys.

“For the first time in more than 100 years of scholarship, we have produced a viable explanation of how to interpret the recipes for making bronze objects in early China given in the Kaogong ji,” said Professor Pollard.

As well as shedding light on the enigmatic ancient recipe, this discovery also indicates ancient Chinese metallurgy was more complex than expected.

“It indicates an additional step—the production of pre-prepared alloys—in the manufacturing process of copper-alloy objects in early China,” said Dr. Liu, “This represents an additional but previously unknown layer in the web of metal production and supply in China”

It also shows how science and analysis can help solve linguistic mysteries. The researchers hope further studies like this can continue to shed light on ancient texts.