MessageToEagle.com – It has already been called a finding that could re-write ancient Maya history.  A quite spectacular discovery of two untouched ancient tombs found beneath Maya pyramids can unravel the mystery of “Snake Kings”.

Archeologists say the ancient tombs contain treasures that will help shed light on a civil war fought between a family of ‘Snake Kings’ and a rival kingdom.

Using fire laser technology to recreate detailed imagery of Earth’s surface scientists were able to locate the tombs that have remained untouched for 1,300 years.

“We have the tip of the iceberg,” one of the archaeologists, Francisco Estrada-Belli from Boston University, told Alan Yuhas at The Guardian.

“We’re going to have to rewrite all the books of Maya history and the complexity of Maya civilization, culture. Right now, we have 1 percent, in spite of 100 years’ research.”

The tombs were discovered at the ancient ruins of Holmul, 300 miles north of Guatemala City.

Inside one the pyramids scientists discovered a tomb with chamber that contained the skeleton of a middle-aged person with jade inlays in their teeth, and what appears to be an inscribed human tibia bone.

Ever since the most ancient times, jade has been held sacred throughout the world. Jade has been discovered in ancient tombs. Ancient civilizations decorated figurines of gods with rare green stones. Our ancestors were convinced that jade was a stone with secret ancient powers.

For the moment, it remains unknown who human tibia bone belonged to. When scientists decode the ancient inscription, we can learn the more, but researchers think it is likely it belonged to either a prisoner of war or a relative of the person buried in the tomb.

Examination of the deceased teeth suggests this person was someone in the ruling Maya elite.

According to archeologists this is a very rare find.

Inside the second tomb, scientists found remains of another middle-aged person who had been decorated with an array of vessels and jade ornaments. There was also a jade necklace that could be a “war trophy”, Alan Yuhas said on a recent press conference.

“This is the first major find of this kind. The offerings include some elaborate ceramics and objects of bone and shell. The most interesting is one that has an inscription that states that the object is a jade necklace piece and belongs to a king from another place,” Yuhas said.

What makes this finding truly remarkable is that it’s the first time ever a discovered jade artifact mentions the name of a snake king. The inscription on the necklace, which holds a carved cormorant’s head that morphs into the image of a sun god, is unusual because it belongs to a king from an entirely different city: “Yuknoom Ti’ Chan, Holy king of Kaanul.” The king was a member of the snake dynasty, 100 miles from their ancient capital of Dzibanche, which stands in modern Mexico.

“It looks a lot like Game of Thrones or medieval Europe,” Estrada-Belli said.

Unique Maya Center Of Copán With History Recorded In 2500 Hieroglyphics

Ceibal Is The Oldest Known Ceremonial Site Of The Maya Civilization

Based on previous archaeological discoveries, scientists have been able to conclude there were a number of internal conflicts among the snake kings, including something resembling a civil war. The Snake Kings used force and diplomacy to create the most powerful alliance in their culture’s history.

The history of the Snake kings is still shrouded in mystery, but scientists have come a long way and we are learning more and more about these enigmatic ancient Maya Snakes and their kingdom. 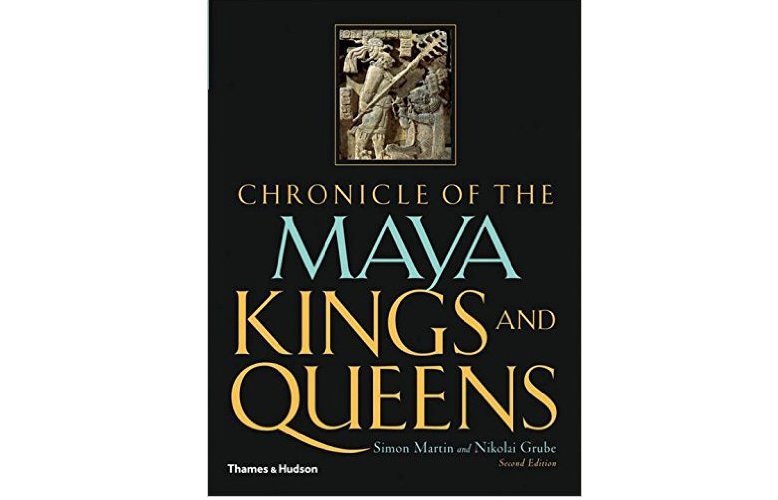 Behind the ancient cities of the Maya and their abandoned artworks lie the turbulent stories of their ruling dynasties. One of the world’s greatest and most powerful civilizations, the Maya experienced constant conflict in a landscape divided among numerous kingdoms. Intense rivalries, rapacious conquerors, and repeated dynastic defeat and breakdown are common themes in many tales of this mighty civilization.

The ancient Maya remain one of the most vibrant areas of study in world archaeology. Fresh discoveries in the field, together with the ongoing process of hieroglyphic decipherment, mean that information is constantly coming to light. This new version of the only comprehensive, kingdom-by-kingdom history of the ancient Maya brings the story fully up to date with previously unknown rulers and new glyphic readings, as well as additional information on diplomacy and warfare. Read more

In the book, Chronicle of the Maya Kings and Queens, archaeologist Nikolai Grube and researcher Simon Martin describe the Snake kingdom of the Maya as a sort of black hole—one that sucked in all the cities around it and created what might have been a Maya empire. Of course there are still many questions about the Snakes: how they lived, ruled, and fought—and even whether some of them were real. 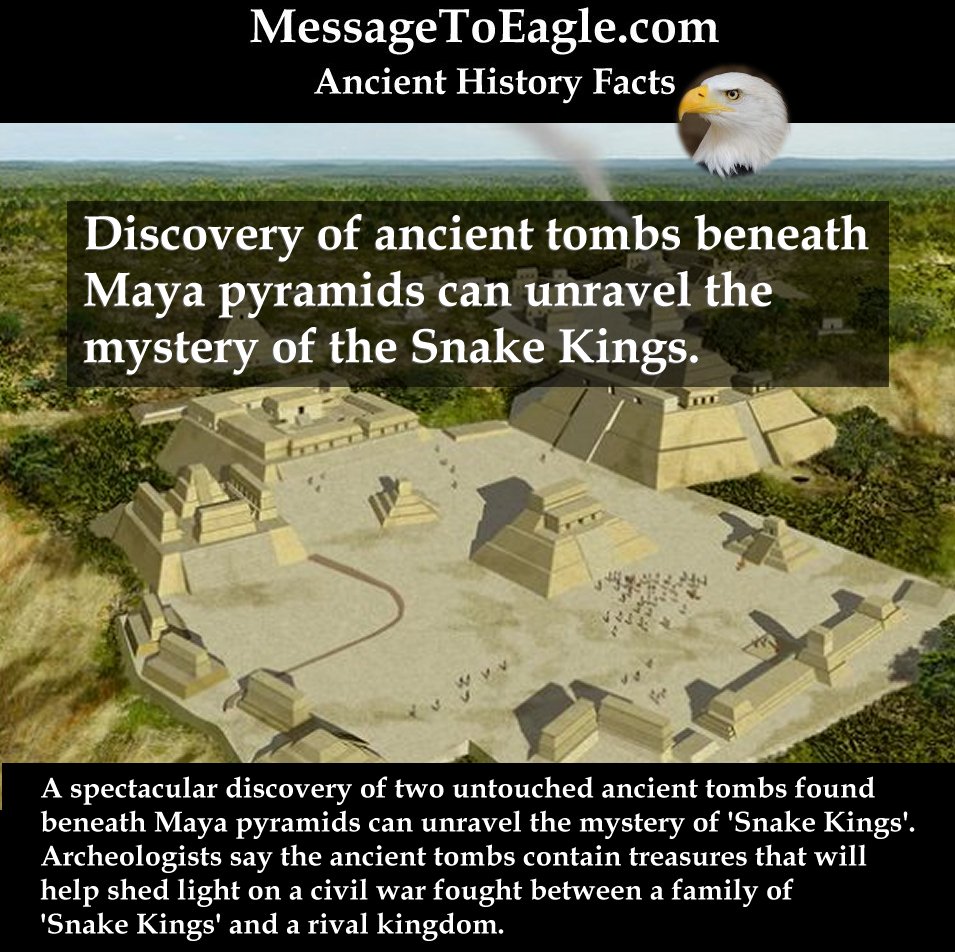 This is not the first time remains of the so-called Snake King family have been discovered. As MessageToEagle.com previously reported, tomb of Lady K’abel, a seventh-century Maya Holy Snake Lord considered one of the great queens of Classic Maya civilization was also found in Guatemala some years ago.