Eddie Gonzales Jr. – MessageToEagle.com – For decades, most physicists have agreed that string theory is the missing link between Einstein’s theory of general relativity and quantum mechanics.

New compelling evidence shows that string theory is not the only theory that could form the link. An international collaboration headed by Radboud physicists demonstrates that it is possible to construct a theory of quantum gravity that obeys all fundamental laws of physics, without strings. 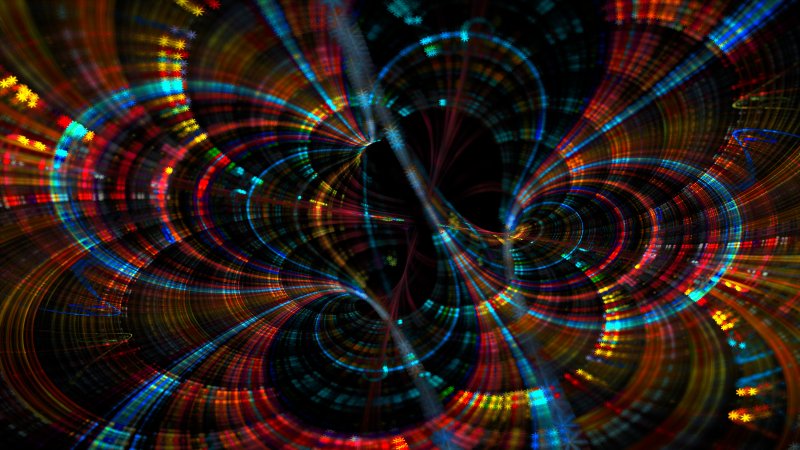 When we observe gravity at work in our universe, such as the motion of planets or light passing close to a black hole, everything seems to follow the laws written down by Einstein in his theory of general relativity. On the other hand, quantum mechanics is a theory that describes the physical properties of nature at the smallest scale of atoms and subatomic particles.

Though these two theories have allowed us to explain every fundamental physical phenomenon observed, they also contradict each other. As of today, physicists have severe difficulties to reconcile the two theories to explain gravity on both the largest and smallest scale.

In the 1970s, physicists proposed a new set of physics principles to address this problem, extending the laws proposed by the general theory of relativity. According to this so-called “string theory,” everything around us is formed not by point particles, but by strings: one dimensional objects that vibrate. Since its introduction, string theory has been the most widespread theoretical framework that is thought to complete Einstein’s general theory of relativity to a theory of quantum gravity.

However, a new demonstration by theoretical physicists at Radboud University now shows that string theory is not the only way to do this.

“We show that it is still possible to explain gravity using quantum mechanics without using the laws of string theory at all,” says theoretical physicist Frank Saueressig.

“We demonstrate that the idea that everything consists of point particles could still fit with quantum gravity, without including strings. This particle physics framework is also verified experimentally, for example, at the Large Hadron Collider (LHC) at CERN.”

“For scientists, this alternate theory is attractive to use because it has been extremely difficult to connect string theory to experiments. Our idea uses the physical principles that are already tested experimentally. In other words: nobody ever observed strings in experiments, but particles are things that people definitely see at LHC experiments. This lets us bridge the gap between theoretical predictions and experiments more easily.”

Only one set of laws

After having demonstrated that their ideas are capable of resolving long-standing problems in particle physics, the consortium is currently exploring the resulting implications of their new laws at the level of black holes.

“After all, there is only one set of laws of nature and this set should be able to apply to all kinds of questions including what happens when we collide particles at fantastically high energies or what happens when particles fall into a black hole. It would be fantastic to demonstrate that there is actually a link between these seemingly disconnected questions which allows to resolve the puzzles appearing at both sides.”